International Sale of Goods and role of United Nations Convention

If a company in the United Arab Emirates wanted to buy authentic leather abroad, most likely they would start looking for sellers in Italy. Considering that they find such an Italian company, the first step in this process would be to negotiate the contract of sales and to understand each other’s requirements. However, if there are no prerequisite standards of international sales, the UAE company would expect an outcome from the contract that may be completely different from the expectation of the Italian company. If not addressed to adequately, these misunderstandings may lead to potential disputes arising and the two groups would find themselves in front of the Court over the sale of leather. While this obviously undesirable to the parties, it is also highly inefficient of their time.

This topic divides itself into five articles. The first section will address the agreements by UNIDROIT that have paved the way for its creation—the ULF Convention and the ULIS Convention. The second article will examine the development process of the CISG Convention. The third section will address the mechanisms available to prevent disputes from arising; the basis of analysis is on the provisions of the Convention as well as other in several potential international contracts, including the World Trade Organization (the WTO). The fourth article will discuss relevant case laws to examine the flaws of the convention. The fifth section will assess the applicability of the CISG convention and the potential lack of its enforceability.

On the global scale, there have been constant efforts to promote free trade in the international system. Since free business is understood to be beneficial in most cases, states have already begun adopting it by initiating bilateral or multilateral agreements with each other that facilitate and promote diverse types of trade interactions. However, these arrangements often exclude the necessary uniformity of these interactions. It is vital to consider unifying the understanding and expectations of the sale of goods in the international context. Without this consistency, parties to a transactional agreement are unable to trade as their expectations often contrast efficiently. Therefore, states have signed off to Conventions in the past with regards to this matter. One of the most recent ones, and arguably one of the most successful, is the UN Convention concerning Contracts for the International Sale of Goods (the CISG Convention).

The CISG Convention is one of the most recent efforts to unify the overall components of and expectations for international trade law. As of right now, it has been the most successful attempt at achieving this goal. The CISG Convention is the most ratified convention concerning the international sales of goods, with more than 85 states adopting the Articles. Preceding it, and supporting its development, were two other agreements attempted by the international community regarding the matter of trade. These two conventions were put together by the International Institute for the Unification of Private Law (the UNIDROIT) to create an internationally recognized protocol for the sale of goods. UNIDROIT was able to compile and develop the ULF and ULIS Conventions in three decades—having it finalized by 1964 and enforced by 1972 amongst nine states. The CISG Convention, signed first in 1980, was the final product of the effort to unify standards of sales and prevent disputes from arising between states. It represents a compromise made following lengthy discussions between representatives of countries with different legal systems and backgrounds. These differences, though outside agreements and conventions may prevent their existence, are addressed further and more directly within the articles of the CISG Convention. Still, despite the available prevention mechanisms, past cases have arisen due to the inability of states to cooperate regardless of the provisions of the article. Their enforceability, as well as the applicability of case laws, is put under debate.

Development of the Convention

Since the year 1930, UNIDROIT has been engaging in efforts to establish a universal protocol for the process of trade.[i]{C}{C}{C}{C}{C} These efforts lead to the establishment of two separate conventions for different aspects of the business: The Convention regarding a Uniform Law on the International Sale of Goods (the ULIS Convention) and the Convention concerning a Uniform Law on the Formation of Contracts for the International Sale of Goods (the ULF Convention). While the initiation of the ULIS Convention preceded that of the ULF Convention, the commencement of both of them was in April 1964 through a diplomatic conference held at The Hague. Since then, there has been a constant attempt to get all concerned States on board with the overall cooperation.

The ULIS Convention introduces the concept of establishing a single process of selling goods internationally. It proposes the fundamental responsibilities and obligations of states that are parties to sale contracts.  The Convention sets a protocol for delivering the products of sale, adapting the agreement, paying the determined price, and more. Further, the Convention includes a particular remedy in the case of a party breaching its provisions.

As aforementioned, UNIDROIT began work on this Convention starting in 1930—during the time that the League of Nations (the League) still stood as the competent intergovernmental organization. The League organized for a committee of experts to begin preparing a draft of the Convention and simultaneously the communication to the member states of the League in the year 1935 was done. Based on the comments and critiques of the rules, the draft was revised in the next few years and was on the agenda at a diplomatic conference hosted by the League in 1951 at The Hague. Another revision was completed by 1956, recirculated to the governments, and led to the third overhaul in 1983. Eventually, the submission of the final draft of the ULIS Convention was in the year 1964 to the diplomatic conference at The Hague, where it was officially prepared to be signed by interested governments. 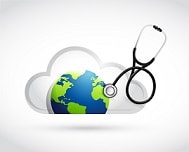 Much similar to the ULIS Convention, the concept of the ULF Convention was under construction for an extended period before its final official preparation. The provisions of the Convention are related to more general rules of international trade. It discusses protocols for accepting offers of business, potentially revoking suggestions, and overall forming a standard contract for future transactions.

The ULF Convention came into existence during the process of constructing the ULIS Convention. In the 1951 diplomatic conference at The Hague, where during the process of approving the first revised draft of the ULIS Convention, member states suggested the creation of a separate convention that deals more specifically with international sales contracts. The idea for this agreement was to shed light on the difficulties of contract formation that commonly occurs during international transactions. A separate draft from that of the UILS Convention was handed over to the League’s member states in 1958, and revisions followed until the official finalization of the Convention in the 1964 conference as mentioned above at The Hague. The subsequent article on this topic will explore how the ULIS and ULF conventions have led to the development of the CISG convention.

This article was initially authored by Sara Al Harfan with additional inputs from other attorneys.

Heads of Terms “Intention is one of the most powerful forces there is. What you mean when you do a thing will always determine the outcome. The law creates the…