“It’s not the strongest of the species that survive, nor the most intelligent, but the one most responsive to change.”

Biological evolution has been “creating” lives on this earth for almost three billion years, constantly adapting everything to an ever-changing environment. It is refreshing to see how evolution works and the trick is to change a complex system by using what’s already there, and namely to adapt to the change. A similar evolution took place in the engineering and construction industry recently in June 2017, when the New Engineering Contract (the NEC) 4 was released. The “out with the old and in with the new” approach in the engineering and construction industry played a vital role in how to do things differently in these sectors. An evolutionary step was taken by the NEC contract board from its predecessors “NEC3”. Regarding its designers, the new generation NEC4 is a  positive development for existing users of NEC3 having a similar base. It will be considered, all over the world as an evolution in the engineering and construction industry. Based on direct feedback from industries, to support methods and provide solutions to client demands, NEC4 reflects changes in law and market practices by introducing new forms of contracts and by emphasizing on collaborative work. Through this article, you will experience the ride of evolution in the NEC world and what significant features the new NEC has to offer.

Started From the Bottom; Now, We Are Here

In 1993, the first NEC contract came into existence, written in simple language with the sole aim of stimulating good management. However, two years later the second edition named NEC engineering and construction contract was published with new forms of contract including professional services contracts and adjudicator’s contracts along with some short forms and sub-contracts. The 20th century for NEC contracts was a great experience and a decade of extensive international application. Later in 2005, the NEC contract board launched the NEC3 contract suite. NEC3 flooded the market with term service contract, framework contract and later in 2010 with supply contracts. By the end of 2013, NEC3 was updated to 39 documents along with an enhanced set of guiding principles. It was a great success for 12 long years and was endorsed worldwide by several public and private sector undertakings with a track record of delivering timely projects within stipulated budgets.

With the new era, new demands, new technology and with everything else that’s new, it is the time for a new NEC. NEC4 arrived on 22 June 2017 in plain English and in the present tense which can be effortlessly translated and understood by people not speaking English as a first language. It simultaneously recognizes the necessity for contract administration, risk management, and terminology which will enable a flexible industry to manage, procure and deliver collaborative projects.

NEC4 is an enhanced version of NEC3 or simply an upgrade with some new features and some new forms of contracts. The two most important contracts that have been added to the suite are NEC4 Design, Build and Operate (DBO) Contract and NEC4 Alliance Contract (the ALC). Targeting clients who seek construction, design, operation, and maintenance from a single contractor, DBO is the most suitable form of the contract offering a wide range of services, such as pre and post construction works which include the operation of the asset to achieve the required performance levels or more straightforward facility management. The DBO contract gives the opportunity to the client to procure a more integrated whole-life delivery system.

On the other hand, ALC, a multi-party contract having a reliance on integrated risks and reward models, is only suitable for clients who are looking for a single collaborative contract by a fully integrated delivery team for large industrial and complex projects. The contract places its basis on achieving client objectives by working together and sharing risks and benefits. The benefit of using ALC is to form a stronger collaboration between all project participants, bound by a common interest and reducing grounds for disputes. 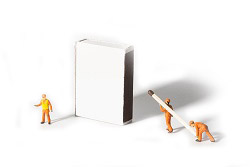 A new and advanced system of dispute resolution has been introduced by the NEC4, which provides a “Dispute Avoidance Board (the DAB).” It offers an alternative to two-tiered negotiation initially by senior representation followed by adjudication. DAB is most suitable for international projects and where the United Kingdom’s Construction Act does not apply. The new option offered by NEC4 stipulates the appointment of DAB before the commencement of the project where the dispute will be referred to DAB before being transferred to adjudication. The procedure is similar to the FIDIC (Fédération Internationale Des Ingénieurs-Conseils)  contract, where either party under the contract can refer the dispute to DAB, whose decision is binding on both the parties. The DAB, however, under NEC4 will itself take the initiative to resolve potential disputes between the parties. The DAB will practically carry out periodic inspections throughout the life of the project to identifying potential disputes. Fostering a collaborative environment which will prevent the crystallization of disputes, is the intention of the makers which is transparent and outright from the wording of the contract.

Leaving behind traditional methods of procurement and limited forms of contract, NEC4’s suite of contracts is described as an evolution and not a revolution in the engineering and construction industry. Following new features of next generation, NEC4 identifies and adapts to the constantly changing technology and environment:

The new NEC4 contract contains a special feature for either party to identify the opportunities and to simultaneously improve the outcome of the project. The project manager has the right to accept, reject or request a quotation before making any decision. The contract can instruct for acceleration in works to complete the project prior to the completion date. NEC4 provides a new option allowing the contractor to alter the scope by reducing the cost of an asset over its whole life.

Cost for professional services, term service, and supply contracts is now defined in the same way as an engineering construction contract (the ECC), providing a common approach to all contracts for a closer integration of participants and in the supply chain.

NEC4 has introduced a mandatory requirement for consensual dispute resolution by appointing a senior representative by each party to negotiate the dispute and reach a temporary solution. The Engineering contract offer two options W1 and W2 where option W1 is for projects where UK’s Construction Act does not apply, and option W2 where the act applies. The consensual dispute resolution under NEC4 is compulsory under Option W1 whereas, under option W2 only where UK’s Housing, Grants, Construction, and Regeneration Act 1996 apply.

The contractor is obliged under the new contract to file an application for periodic assessments and a contractor failing to submit such an application will not receive any payment. If the the payment is due to the client, the project manager will make the necessary assessment and will certify the payment. This approach used to be applicable to short forms of contracts only.

This is a new option available under the ECC especially used for supporting the use of BIM. The contractor is required to provide an information execution plan either in the contract or within the client’s defined time-period. The plan submitted by the contractor must have the ability to satisfy the BIM requirements set out by the client.

Most of the NEC4 contracts, except for the short ones, include core clauses restricting the disclosure of confidential project information. This clause meets the client’s requirements for avoiding the need for additional amendments at a later stage.

In 2007, during the construction boom in the UAE’s economy, the leading developer Aldar Properties was the first to adopt NEC3 at Al Raha Beach in Abu Dhabi. The Middle East’s first experience of NEC contracts is still considered one of the largest contracts ever acknowledged by the Emirates. Similarly, NEC4 will likely to be appreciated worldwide considering the success of its predecessors. Given the predominance of the FIDIC contract worldwide, it will be challenging for NEC contracts to mark their grounds, especially in GCC countries.

The NEC suite of contracts, unlike FIDIC, is based on principles of good faith, a well-recognized concept under Shariah Law and which enshrines in most of the Gulf countries’ legal systems. Adapting takes time, transferring to NEC contracts would be time-consuming but fruitful. Away from all historical adversities, and undertaking projects and works programmes for large groups, NEC4 provides an opportunity for successful outcomes.

Special Purpose Companies or Vehicles (the SPCs or SPVs) are temporary companies set up to achieve a precisely structured financial operation. SPCs provide an alternative mode of financing transactions. Put…