“Intention is one of the most powerful forces there is. What you mean when you do a thing will always determine the outcome. The law creates the world.” 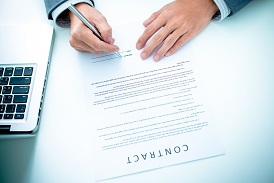 Every contract is the result of an intense negotiation between the parties of the contract to settle the terms. Stemming from an oral discussion, these terms get translated onto paper and are signed by each party to record the conclusion of negotiation for the use of creating the final contract. These written provisions are called the “heads of terms.” Corporate commercial transactions often begin with parties executing them. They are the first documents following non-disclosure agreements. Some of these documents are a term sheet, a Memorandum of Understanding (MOU), or a letter of intent (LOI). They predate the official final contract of a proposed transaction and are used mostly in corporate transactions: share acquisitions, loan finance, joint ventures, project financing, private equity investments, and more.

Since they have no legal effect on each party, the UAE Courts consider heads of terms to be non-binding. The Dubai Court of Appeal states in one of their adjudicated cases that “pre-contractual negotiations are formalities with no legal effect, [because they are] preparations in anticipation of a final contract that is yet to be concluded.”

One may assume that parties will not be liable if no final agreement is ultimately reached based on the respective heads of terms. This assumption, however, is incorrect. It depends on the language used mostly. Article 257 of the UAE Civil Code[i] states that “the basic principles in contracts are the consent of the contracting party(ies) and the obligation(s) they have agreed to as set out in the contract.” In the infamous case of National Bank of Umm Al Quwain (the Bank) v. Global Investment House [ii], the Dubai Courts reviewed this matter. Clause 3 of the MOU stated that the Bank and the Global Investment House (the GIH) should conclude a subscription agreement only once the Bank completes all formalities and legal matters preceding that agreement. The Court of Appeal stated that “if the wording of a contract is clear, the courts should not depart from it by way of interpretation to ascertain the intention of the parties. It is important that the negotiations produce an agreement containing the essential terms of the contract.” Consequently, the Court upheld the MOU to be binding, stating that Clause 3 of the MOU contain a clear wording of the parties’ intention and agreement and that they should not depart from it.

UAE law also attributes great importance to the concept of good faith and the obligation of the parties to perform their contractual obligations in good faith.[iii] The existence of heads of terms gives rise to this responsibility. Depending on the provisions of these heads of terms, one may be under an obligation to keep the other party informed, cooperate with the other party in entering into a final contract, and not walk away from negotiations without good cause. Breach of the obligation to negotiate in good faith may result in payment of damages for loss suffered by the injured party and any expenses that they may have incurred in carrying on the negotiations.

The Use of ‘Subject to Contract’ 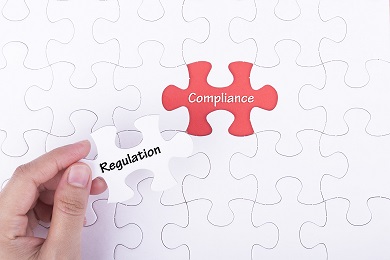 So how do we know whether the heads of terms are legally binding on the parties? It depends on all the facts of the matter and the conduct of the parties: whether we acted upon those heads of terms, how we drafted the provisions and the likes. In a recent UK case of RTS Flexible Systems v Molkerei Alois Muller GmbH, the Letter Of Intent contained no express indication of whether its terms were intended to be binding. However, it still amounted to a legally binding contract. The court held that “the comprehensive terms and the language used in the letter of intent meant that it was certain and complete to have contractual force.” This Letter of Intent had contained the term “subject to contract,” meaning that the Letter of Intent was intended to have been subject to a final, binding contract. The use of this phrase should create a strong presumption that parties involved in such a commercial transaction will not be bound to the LOI.[iv] However, if one begins to perform the contract as envisaged by the heads of terms, the words “subject to contract” might not be as effective as expected, as evidenced by this case. It is therefore preferable for heads of terms to spell out the parties' intention. For example, the parties may state that 'these heads of terms are not legally binding between the parties except by the provisions specifically set out in this document'; thereby, clearly stating the lack of intent of being bound to the heads of terms.

However, despite the fact that heads of terms are risky, they are helpful in many ways in corporate and commercial transactions. Some of those advantages are outlined below because of heads of terms:

It should always be decided from the outset whether such a preliminary document should be made binding or nonbinding. If one wishes to be bound by it, it should be stated. However, if one does not desire to be bound, this may be expressly stated by using such wording as “subject to contract” or using language similar to the following:

‘The parties agree that this MOU/term sheet does not constitute a binding commitment by either party on any transaction (except the confidentiality and exclusivity sections set forth above).’

However, one should bear in mind that the use of a precise wording or language may not alone be sufficient. One must always be careful with communication, actions, and conduct. As a general rule, one should confine the heads of terms to discussing the commercial deal only.

It is important to highlight that, before drafting heads of terms, one must have a clear understanding of what the parties wish to achieve. One should always consider issues that can be settled at the outset and which can be left on the detailed, definitive contract. If negotiations over the heads of terms stalled because of some unnecessary detail, this will delay preparation of the final agreement and increase the length and cost of the negotiations. Always remember that heads of terms can help in both defining the destination and planning a route. They should, therefore, be approached practically to avoid delay or progress in the wrong direction.