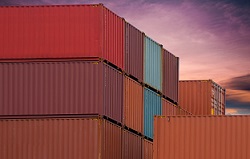 What is the mindset of an entrepreneur looking to dip his toes in a new venture? Profits? Maybe, certainty? Certainty is a factor that all entrepreneurs look for in a business opportunity. However, certainty is also the factor that is least available to them; primarily, if they are dealing in a speculative industry such as share market, or perhaps, the maritime sector. When a shipowner charters his vessel out, he should consider numerous uncertain factors that may cause obstacles in the future, like when the lay days commence and end, when the bill of lading will come into effect, when freight or hire becomes due and so on. Often the underlying facts of a breach in the maritime industry do not correlate to the obligations and liabilities of the parties as set out in the governing bill of lading and this uncertainty leads to disputes.

The Bill of Lading

During long-distance transportation, damage to the goods is inevitable due to various factors like transit through different climate zones. And varied weather conditions at sea. Therefore, the shipper, carrier, and consignee enter into a bill of lading which lays down the description of the cargo and clarifies the obligation of the parties in case of any uncertain events. It also states the particular condition of demurrage. This requirement specifies which of the parties shall be liable in the event of fault or negligence or if the empty container does not return within the period agreed upon between the parties.

The Role of  Bill of Lading

Unfortunately, as mentioned above, damages and delays are likely to occur in long-distance transportation. In the case of any dispute, the settled terms and conditions of the bill of lading shall be used to clarify the obligations of the parties. In this article, we will explain the provisions regarding demurrage payments and bill of lading in Kuwait.

The Kuwaiti Law Number 28 of 1980 enacting the Law of Merchant Shipping (the Maritime Law) has laid down the provisions surrounding shipping law in Kuwait. The Law has stated that the bill of lading shall be in writing and shall indicate the following  functions:

The correct and comprehensive description of the entire cargo should be mentioned in the bill of lading.

Any evidence regarding the contract that the parties want to state in the bill of lading.

Further, Kuwait has ratified to the Brussels Treaty of 1924 (for the Unification of Certain Special Rules of Bills of Lading) (the Hague Rule or the Haag Rules). Therefore, this Hague or Haag rules are therefore applicable under the Law of Kuwait and in common practice.

Determining which party would bear the responsibility of paying the demurrage fee in case of delay of an empty container is an issue layered with uncertainty. To understand the idea of this the concept of demurrage, one has to be aware of the facts of the matter.

At the outset, the shipper commences the transportation by providing the shipping order to the carrier for a specific agreed destination. Therefore, the shipper is defined as the initiator of the trip, the ignition plug of the transport engine of worldwide transportation. The next step, as per Article 176 of the Maritime Law, the party, named as the carrier shall issue a bill of lading with the information provided by the shipper by including any details to the consignee. The carrier is the party transporting the goods on the shipping vessel. Sometimes, even the shipper can be held liable to pay the entire demurrage fees, if the consignee will not appear at the port to pay the necessary fees. This is not a usual practice, but our team of maritime lawyers noticed this on many occasions.

Article 179 (ii) of the Maritime Law states that 'the shipper would be responsible before the carrier for compensating for detriment resulting from the inaccuracy of the submitted information in respect of the commodities. The carrier, may not adhere to the inaccuracy of the information stated in the bill of lading before anyone other than the shipper.' Further, Article 4.3 of the Hague (Haag) Rules states that 'the shipper will not be liable for any loss or damage sustained by the carrier or the ship arising or resulting from any cause without the act, fault or neglect of the shipper, his agents or his servants.' Consequently, the entire process of transfer is mentioned in the shipping order.

Demurrage Paid by the Consignee

The consignee in contact with the carrier or the agent and receives the delivery order will, therefore, be liable fo demurrage fees in the case of delay in returning the empty containers or does not follow the agreed procedure of delivering goods transported inside the containers.

From our experience, parties in the international shipping market should not only rely on the stated article clauses but consult legal professionals to formulate contracts, which may fit the parties expectations. The dynamicity and the uncertainty of the shipping industry deem it difficult for parties to comprehend the future hindrances that may arise during the bill of lading. Further, the document(s) including the bill of lading should be read thoroughly as any minor mistake could lead to serious, expensive problems in the future.

This article was originally written by Kevin Paul with further contributions from Jay.

OW Bunker Dilemma Who to pay when the bunker supplier becomes insolvent 1.   Introduction The collapse of OW Bunker group (the OW) has been extensively reported worldwide. OW has been…