Overview of Letters of intent

Draft with care!
“The moral of the story is to agree first and to start work later”. Lord Clark
INTRODUCTION - Letters of Intent and UAE Law
The term “Letter of Intent” (LOI) is recognized by all commercial and construction professionals, yet not all practitioners are fully aware of the potential risks associated with such letters if poorly drafted. Generally, LOIs are used to provide a framework for the parties to negotiate a final contractor to record an agreement on key commercial terms in order to reduce the risk of the transaction before the parties incur any further expenses. Traditionally, the courts have been reluctant to enforce LOIs or “agreements to agree” due to the inherent uncertainty of the agreed terms. However, it is now generally accepted that a LOI can be binding even though not all terms relating to the subject matter have been agreed, provided there is a sufficient degree of clarity as to the key terms and the parties intended to be immediately bound by the LOI rather than merely using it as a basis for further negotiations. A LOI can, therefore, be expressed as being legally binding or non-binding, depending on how well it is drafted.
Hence, poor drafting of a LOI or lack of understanding thereof may force the parties into an arrangement that was not contemplated. For instance, the parties may have intended to be bound by a LOI, but the court may find the LOI to be non-binding or vice versa. This is especially the case in construction contracts, for instance, where parties are under intense pressure and often sign a LOI without considering its key terms. Though the binding or non-binding nature of LOIs has not been fully explored under the United Arab Emirates’ (UAE) jurisdiction, the relevant laws and case laws may be interpreted so as to consider when a LOI  can be binding and when non-binding. This article will briefly examine how the drafting of a LOI may impact its enforceability, and provide guidance on how to make a LOI binding to avoid the types of liability that it can attract.
What is a LOI?
A LOI is a document outlining certain basic terms between two or more parties before the agreement is finalized. Essentially it expresses the current intention of the parties to enter into a contract in the future but creates no liability with regard to that future contract. For this reason, very often LOIs are called “if” contracts. A LOI is usually used for securing the early engagement of a contractor. The reasons for issuing a LOI may include:
• The need for early commencement of works;
• Anticipated delay in reaching the agreement on all contract terms;
• To complete project funding arrangements; and
• To obtain necessary approvals and permissions.
LOIs are thus helpful when parties are genuinely interested in seeing a deal concluded. In addition, it may be a useful tool for securing the early engagement of a contractor where commencement of work prior to the signing of the formal contract is necessary. Yet, proceeding under a LOI may give rise to specific risks for both the employer and the contractor. For instance, where the LOI will expire on a certain date and the parties continue carrying out work without putting a new LOI or a formal contract in place. In such a situation, if work that is not contemplated by the 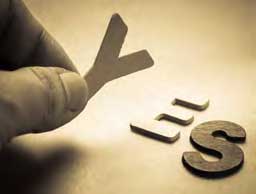 LOI is carried out under it, there will be greater uncertainty than would be the case under a formal contract. This is because LOIs do not usually contain key terms, such as managing variations, day works and extensions of time. There is also the possibility that a dispute will arise whether the parties intended to be legally binding by the LOI in the first place. Now the question is how a LOI shall be drafted to express what the parties have intended and the legal outcome they have expected. To answer our question, we will look at the legal position of LOIs under the UAE laws.
LOIs as per UAE (Binding v. Non-Binding)

Federal Law No. 5 of 1985 (Civil Code/Law) contains express provisions concerning the preparation and formation of a contract. Article 141 of the Civil Code provides that a contract is concluded when parties are agreed upon the essential elements of the obligation but have left matters of detail to be agreed upon afterward. “If the parties agree on the essential elements of the obligation and the remainder of the other lawful conditions which both parties regard as essential and they leave matters of detail to be agreed upon afterwards but they do not stipulate that the contract has not been regarded as made in the event of absence of agreement upon such matters, the contract shall be deemed to have been made [...]”.
Article 258 (1) states that the criterion for the construction of contracts is intentions and meanings and not words and forms. To reinforce the point, the Civil Code includes two other provisions of particular importance which are relevant to the subject of LOIs: Article 259 states that “[t]here shall be no scope for implications in the face of clear words”. Article 260 provides that “[w]ords should be given effect to rather than ignored, but if it is impossible to give effect to the words, they shall be ignored” (Article 260).
Furthermore, the Civil Code requires certain formalities to be in place to form a contract. These formalities include an offer and acceptance and consensus ad idem (i.e. there should be “meeting of the minds”) (see Union Supreme Court, 797/ Judicial Year 23). Article 130 provides that “[a] contract shall be made by virtue solely of the coming together of offer and acceptance”. Article 131 mentions that “both offer and acceptance are any expressions of intention used to create a contract”. In addition, Article 132 states that “the expression of intention may be made orally or in writing and may be expressed in the past or present tense […], or by an interchange of acts demonstrating the mutual consent”.
Considering the legal provisions stated above it can be inferred that the main criteria for a binding contract as per UAE Civil Law are intention and meaning of an agreement and not the form. If the intention to be bound by a contract is clear, the implication of no intention may not be accepted by UAE courts. Furthermore, while the Civil Code does describe how a contract is formed, it is silent on what is an “essential” element of the contract, in the case of LOIs. Without any clear statement of the law as to the essential ingredients of a binding LOI, there is the possibility that a dispute will arise as to its binding nature.  An ambiguous LOI is not the best foundation for the final formal contract.
So what should a LOI contain to be considered binding?
By its very nature, a LOI is not intended to contain all the terms which a complete contract will contain. It is therefore important that a LOI shall often set forth the following to be considered as binding:
•Certainty of rights and obligations;
•Scope of the work;
•Confirmation of price;
•A clear allocation of risk;
•A clear dispute resolution process;
•Insurance obligations of the parties;
•A well-defined termination right;
•Intellectual property licenses or rights; •Governing law;
•Expiry date and how do all these parameters sit within the final contract which is to be subsequently signed. 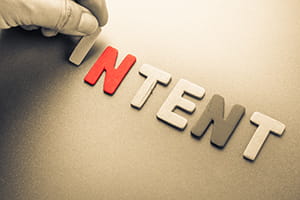 Also if the parties intend to incorporate some terms of a standard form contract (e.g. FIDIC) into the LOI, this should be clearly expressed.
The above list, however, is non-exhaustive. It should be borne in mind that whether a LOI is binding or non-binding, will depend on the specific project it relates to, the exact scope of works, and the agreed terms between the parties. Yet certainty of key terms and intention of the parties are essential to achieving the intended legal outcome and for a LOI to be binding.
In the commercial case, no 240/2006, the Dubai Court of Cassation upheld the LOI valid and the payment clause (“the payment shall be made after seven days from the receipt of the corresponding amounts from the customer incommensurate with the works done by the subcontractors”) contained in the LOI binding. Based on Articles 130 & 131 of the Civil Code, the respected Court held that the LOI was clearly drafted to render the parties’ intention to be bound by it. The Court also stated that “the main elements of a binding contract, offer, acceptance and party’s intention are present in the LOI to make it a binding contract”.
It is worth noting that similar principles apply to a LOI in many common law jurisdictions, such as UK, USA, and Australia. For instance, in the UK landmark case of RTS Flexible Systems v Molkerei Alois Muller GmbH [2010] UKSC 14, despite the fact that no formal contract had been ever signed, the Court found that the comprehensive terms included and the language used meant that the LOI was sufficiently certain and complete to be given contractual force.
Accordingly, if a LOI is ambiguous and the terms are uncertain, the courts may find the letter unenforceable and thus non-binding, even if the parties have intended to be bound by its terms. In British Steel Corporation v Cleveland Bridge and Engineering Co Ltd [1981] 24 BLR 94, both parties expected a formal contract to be concluded in the future. As no formal contract was ever entered into, the performance of the work under the LOI was not preferable to any contract of which the terms can be ascertained, the court held the terms of the LOI are too uncertain for it to be binding).
CONCLUSION
It remains to be witnessed how UAE courts would explore in detail the nature of a LOI in respect of its enforceability. However, the relevant law and the analysis of the case laws demonstrate that for a LOI to be binding, it should clearly reflect the agreement of the parties to enter into a binding agreement by incorporating all essential rights and obligations. A carefully worded LOI is the key to better chances of success of LOI’s enforceability.