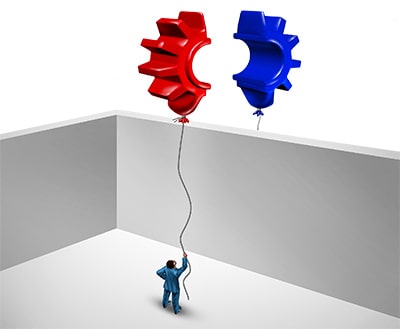 Confidentiality is the essence of trust, which is why individuals, corporations and even government bodies resort to Arbitration. Confidentiality is attractive to litigants internationally for a myriad of reasons, like freedom of making arguments which would not normally be made at a public forum, or choice of adherence to a set precedent.

Although an attractive feature, confidentiality is not necessarily a mandatory feature of international arbitration, however, most countries maintain privacy as a cursory obligation to the parties to a dispute. Many international arbitration judgements have been reported all over the world, which only affirms that confidentiality is non-essential. In order to protect their interests, parties, therefore, add a confidentiality clause in their contracts, which enables the parties to initiate action in case of non-compliance.

The vast diversity of cases referred to arbitration imposes a bounded duty on parties thereto and on everyone involved, to maintain confidentiality. However, there is no presumption of confidentiality in international arbitration; neither is there a general principle to that respect.

Those interested in pursuing international commercial arbitration should verify the laws regarding confidentiality to avoid unfavorable circumstances and dissemination of sensitive data publicly. Parties seeking protection of information can opt for protection under the national laws, the arbitration agreement or even the law of contract. ­

The Australian High Court held that, while the privacy of arbitration should be maintained mandatorily, confidentiality is not an essential attribute. The court further held that prohibiting the disclosure of information with respect to the proceedings are not a consequence of the private nature of the proceedings. Furthermore, it was said that despite the maintenance of a certain degree of confidentiality in certain situations, it is not absolute.

To further enunciate this point, in United States v Panhandle Eastern Corporation 118 FRD 346(d.dEL.1988), the issue that arose was regarding preventing disclosure of documents relating to arbitration proceedings, conducted between Panhandle and Sonatrach, which was an Algerian gas and oil company. The plaintiff argued that such disclosure would cause great detriment to their relationship with the Algerian government.

The Court, however, did not see much merit in this contention and held that the argument failed to satisfy the grounds of good cause as provided under the Federal Rules of Civil Procedure. Further, addressing the question of confidentiality, rejected the existence of a duty of confidentiality on the grounds of absence of an express agreement between the parties.

As per English Law, confidentiality is not a presumed notion. The obligation is only imposed when the Arbitration Agreement or the contract between the parties expressly lays down such a provision.

In this case, the court laid down certain exceptions to the rule of confidentiality. Those exceptions were as follows:

We may discuss confidentiality with respect to two aspects; the first aspect is related to persons who are either party to the arbitration hearing or officials that are involved, and the second aspect, with respect to the documents produced and all the testimonies involved.

The first aspect implies that there is an inherent duty upon the parties, judges, court officials and everyone who is concerned or attending the arbitration to maintain confidentiality as to the subject matter, judgments, statements etc.

The second aspect is with regard to the material or the physical form. This entails that the documents involved, statements filed, reports produced may contain sensitive data about the company such as trade secrets and other policies. Therefore, the disclosure of such information may cause detriment to the sanctity of the business.

Keeping this in mind, many arbitration institutions have laid down certain codes of ethics that every arbitrator and the officials involved have to adhere to:

It is to be kept in mind, that all these institutions only regulate the duty to maintain confidentiality by the officials and arbitrators involved and not on the parties, which may defeat the end originally intended to be achieved by such regulation. 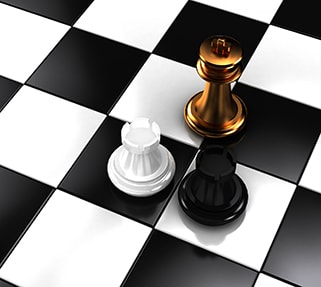 There is no international regulation that is imposed on all countries alike. Therefore, national laws need to take a step forward and address the issues associated with confidentiality and develop frameworks that can protect sensitive information. Countries like Australia, New Zealand etc. Have already developed a strong framework or rules and regulations to ensure its maintenance. However, a majority of countries are still far behind in implementing rules to maintain the confidentiality of international arbitral awards.

Exceptions to the Rule

Maintenance of confidentiality is not required in the following cases:

Therefore, unless expressly prohibited by any rules, regulations or legislation, or by agreement between the parties to arbitration, details of arbitration may be published or reported to the public in furtherance of a legitimate reason and justification of good faith.

Moreover, privacy is a core facet of arbitration, and as a rule, third parties cannot be admitted thereto unless except expressly agreed to between the parties. Therefore, parties to the arbitration are bound by the code of secrecy or privacy, but, there does not exist an expressly binding provision for maintenance of confidentiality.

Confidentiality and transparency, as a general rule, cannot exist together. The whole purpose of resorting to arbitration is to maintain a sense of confidentiality, unlike a normal court of law. However, over the years, the need for transparency has increased manifold. The reason being, prevention of biased opinions of the arbitrator based on their individual professional practice and expert opinion. There arises a need for adopting a set of rules that make international arbitration more transparent in their practice.

In furtherance of achieving the aim of transparency, the UNCITRAL Rules on Transparency we enacted in 2014. The main objective of the rules is to promote cooperation and transparency in investor-state arbitrations, and it is currently specific only to that particular sector of disputes. However, these rules are most definitely paving the way for transparency in all sectors of international arbitration. Moreover, the growth in transparency and acceptance thereof is bound to remodel the scope of confidentiality and privacy.

Therefore, transparency ensures that due process is strictly followed and that the objectives of fairness and equity are upheld.

Matters of confidentiality are widely accepted in national and domestic legislation and in international arbitration as a duty of the arbitrators to maintain secrecy. The same, however, cannot be said for the parties.

Moreover, the need for transparency in international arbitration proceedings calls for an amendment of the rules related to confidentiality. But as for now, it is recommended that any party engaging in commercial activities should contractually agree to terms of confidentiality related to arbitration.

The prevalence of these contractual terms will bind the parties to recognize this duty and therefore, protect the parties from unnecessary publicity that may cause detriment to the reputation of either party.