Overview of Arbitration in UAE - Adding a Joinder and Consolidating Claims

The United Arab Emirates with USD 37,600 per capita GDP is considered one of the most suitable countries for investment. The UAE has an open economy, high per capita income, stable political environment and pro-investment legislations promoting confidence among the business community. To ensure the constituting confidence of investors, UAE has recently passed new standalone arbitration law (the Federal Arbitration Law Number 6 of 2018) which is on the lines of UNCITRAL Model Law on International Commercial Arbitration 1985.

The contractual arrangements in the current commercial world are becoming complex due to multiple subsequent contracts between the same parties or unrelated parties or independent contracts between unconnected parties for the same projects. In such circumstances, it is crucial that when a dispute arises in such complex contracts, there is an arrangement to resolve it effectively even if there are more than two parties involved in that transaction.

This article is divided into four (4) Parts. Part I provides a brief introduction about joinder and consolidation of arbitration proceedings for the resolution of disputes arising from complex commercial arrangements. Part II of this article will focus on UAE, DIFC and ADGM arbitration laws. Part III of the article will examine the arbitration rules of prominent UAE arbitration institutes to see to what extent these institutes permit joinder and consolidation in commercial arbitration in UAE. Finally, the Part IVwill provides specific guidelines for parties to avoid landing in undesirable situations.

Part I: Understanding the Joinder and Consolidation

Moreover, all these parties might have one or more contract between each other containing its arbitration clause. Big construction contracts are just on example of many complicated commercial arrangements.

Under such complicated commercial contract arrangements, an arbitral award passed under one contract might affect the right or interest of other parties engaged in the same project through a separate contract. This might also lead to the passing of conflicting and confusing arbitral awards increasing the cost and time of the entire dispute resolution mechanism. And this is where the joinder and consolidation of arbitration proceedings become useful.

When a dispute arises under one interrelated contract, the parties might want some other party also to be joined in the arbitration proceeding which is working on the same project in a different capacity under a separate, but interrelated agreement.

Joinder: The term joinder in arbitration means adding the non-signatory (third party) to an arbitration agreement. 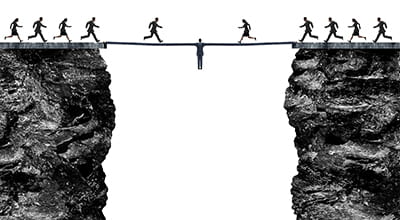 The DIFC Arbitration Law Number 1 of 2008 doesn’t have any specific provision for consolidation and joinder of parties in arbitration. A limited reference has been provided in Article 17(3)(c) which states that if there are more than two parties to a dispute, then the DIFC Court of First Instance shall provide for the arbitration tribunal unless otherwise agreed by the parties.

Rule 36 of the ADGM Arbitration Rules provides that the arbitration institute or the court (as the case may be) can permit the joinder if requested by a party if it considers that it is in the interest of justice.

It further provides that, only a party to the same arbitration agreement or has consented to the joinder in writing can be joined. This stipulates that the joinder shall not be permitted without giving all the parties (including the party to be joined) an opportunity to be heard. The Rule 36 further states that a party cannot be joined after the confirmation or appointment of an arbitrator unless all parties (including the joined party) otherwise agree.

The DIAC arbitration rules do not refer to joinder or consolidation of arbitration proceedings. However, Rule 11.1 of the DIAC Arbitration Rules deals with the situation where there are multiple parties. It states that where there are numerous parties and the dispute is referred to a three-member tribunal the Claimants and Respondents shall together one arbitrator each for the constitution of the tribunal. The DIAC Arbitration Rules does not make any further reference to multi-party arbitration.

The ADCAC does not have any specific provision for joinder or consolidation of arbitration proceedings.

Article 7 of the Sharjah International Commercial Arbitration Centre provides for the joinder and intervention in arbitration proceedings.

Consent: for joinder, all parties (including the joined party) has to agree for the joinder.

The request for the joinder has to be made before the constitution of the arbitration tribunal unless;

Article 10 of the SICAC Rules explicatively deals with the consolidation of arbitrations. It provides that the Executive Committee can consolidate two or more arbitration into single arbitration under the following circumstances:

Article 10 further states that, if the Executive Committee decides to consolidate the arbitrations then they should be consolidated in the first registered arbitration (will this affect rights of parties like date of commencement of arbitration etc.?) unless otherwise agreed by the parties. 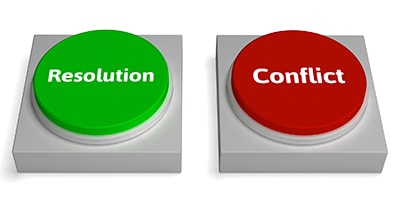 Article 1.5 and Article 2.5 of the DIFC-LCIA Arbitration Rules 2016 provide that there can be more than one claimant and respondent respectively. Furthermore, Article 22.1 (ix) provides that the arbitration tribunal (with the approval of LCIA Court) can consolidate one or more arbitration into single arbitration if all the parties to arbitration provide their consent in writing.

As per the Article 22.1 (x) of the Rules, the arbitration tribunal (with the approval of LCIA Court) can order the consolidation of arbitrations into single arbitration if;

However, the following condition needs to be satisfied before any consolidation can be ordered under Article 22.1 (x) of the Rules;

The International Islamic Centre for Reconciliation and Arbitration

No provision for joinder or consolidation of arbitration proceedings.

Arbitration is a creature of contract and therefore, to what extent the joinder and consolidation of arbitration are possible, will entirely depend on the language of the arbitration agreement entered between the parties, arbitration rules applicable and the law of that specific jurisdiction. However, below are some guidelines that can come handy for avoiding uncomfortable situations.