Overview: Decree 34 of 2021 and its impact on arbitration

Decree 34 of 2021 and its impact on arbitration

Decree No. 34 has been issued on Sept. 14, 2021, and took effect on September 20, 2021. The Decree canceled two arbitration organizations in Dubai: I the Arbitration Organization of the Dubai International Financial Centre ("DIFC"), which included the DIFC-LCIA arbitration center, and (ii) the recently founded Emirates Maritime Arbitration Centre ("EMAC") (together with the "Cancelled Centres"). The Cancelled Premises' operations have been transmitted to the Dubai International Arbitration Centre ("DIAC"), which has been operating onshore in Dubai since 1994. The Decree states that laws of the Axed Centres will continue to enforce till the DIAC issues new regulations, as long as they do not contradict the regulations of the Decree. The Decree also states that contracts entered into before Sept. 20, 2021, that includes an arbitration clause that selects either as the DIFC-LCIA or the EMAC Rules would be valid, and DIAC will consider replacing the Cancelled Centres in the management and administration of such disputes unless the parties agree otherwise. What is unclear is when the new DIAC rules will be published, and (ii) what will happen to arbitrations that are still in progress under the Cancelled Centres' rules. The DIAC rules have been published. Parties wanting to enter into an arbitration clause in the Gulf Region must no longer involve DIFC-LCIA or EMAC regulations as the governing laws. Agreements that already contain DIFC-LCIA or EMAC arbitration clauses must be reviewed and revised to represent the parties' choice of a new arbitration center. Parties could proceed to select the DIFC or onshore Dubai as their arbitration's "seat" or legal location. However, parties should review their agreements and decide which arbitral institution's rules they want to regulate their arbitration from now on. The Decree requires DIAC to be reorganized as a unified arbitration center, with its head office in "onshore" Dubai as well as a branch in the "offshore" DIFC, with the capacity to build additional branch offices both inside and outside the Emirate of Dubai. The Decree also nixes both the established Dubai Arbitration Institution ("DAI") of the DIFC (which included the DIFC-LCIA center) and EMAC with immediate impact. In the Decree's allowing statute, the stated aims for DIAC include, among other things, "consolidating the Dubai as a dependable hub for global for settling conflicts" and "enhanc[ing] the stance of DIAC as one of the best alternatives."

Arbitrator established before the effective date of the Decree will continue operating following existing DIFC-LCIA, EMAC, and DIAC Rules, except as otherwise agreed between the parties (Article 6b). The Decree requires DIAC to supervise such cases; nevertheless, under Article 9, it has been suggested that the LCIA will implement such established DIFC-LCIA cases through the DIFC-LCIA casework team, on a temporary assignment basis from DIAC, not just for the six-month transition phase. 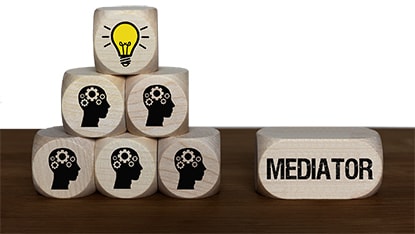 the situation is different for arbitration proceedings that started after the Decree went into place. Article 8C of the Decree asserts until the new DIAC Rules are approved, the current arbitral tribunals of the DIFC-LCIA, EMAC, and DIAC remain in effect to the extent that they should not conflict with the Decree and Statutory law. Nonetheless, in light of Article 6A and the DIFC and LCIA declarations, it has been stated clearly regarding Article 9 that all new arbitration proceedings begun by parties after  Mid-2021 – whether under contract terms offering for DIFC-LCIA or EMAC arbitral proceedings ended before or after the Decree came into force will be adhered to Decree.

Impact on new Agreements being concluded after Decree

Agreements negotiated and deduced after Mid-2021 must avoid giving for DIFC-LCIA or EMAC arbitration given the risk of difficulties to their authenticity being raised under the regulations of the Decree, as well as to avoid possible judicial or enforcement issues in the future. Such contracts should rather refer disagreements to DIAC or the other arbitral institution, with the parties agreeing on the rules. However, if contracts provide such for DIFC-LCIA or EMAC arbitration and are made reference to arbitration after the Decree enters into force, it appears that in practice, based on statements from the DIFC and LCIA dated 7 Oct. 2021, it would seem that in practice

The fundamental feature of arbitration agreements impacted by the Decree remains the parties' agreement. Parties to the contract should ensure that one‘s contract terms represent their agreement on particular dispute resolution rules and the organization that will oversee those rules, with the advice of representatives. Parties must update any treaties containing disagreement provisions that are affected by the Decree, agreements that have DIFC-LCIA, DIAC rules, relying on their position in the agreement's lifecycle and the potential beginnings of a dispute. 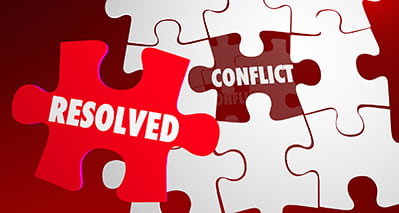 The DIFC acquires symbolic importance: The Decree has did not affect the sides' potential to choose the DIFC as an arbitration court. The DIFC's role will result in the growth of the Decree, as the DIFC has become the default saddle for all prospective DIAC arbitration proceedings in which the arbitration clause is silent on seat selection.

Decree Number 34 of 2021 and Arbitration in Dubai

Enforcement of Arbitral Awards in the UAE Enforcement is agreeing with a contract with an appropriate dispute resolution mechanism. The UAE introduced federal Law No.6 of 2018 on Arbitration in…