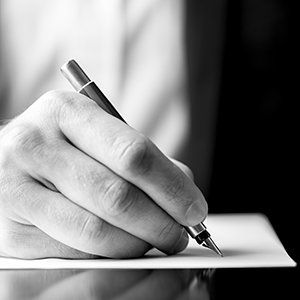 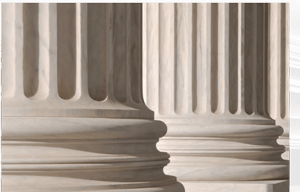 Lord Krishna was asked by one of his disciples what was the most astounding thing in the Universe. His answer was that a man wakes up each morning and believes that he will live forever despite knowing that he will not. Death is a morbid subject and that is probably the number one reason why individuals do not like discussing the idea of creating a will as it inevitably brings up the topic of mortality. United Arab Emirates- a country where eighty percent of the population is made up of expatriates and is under the aegis of Shariah or Islamic law, it becomes all the more imperative to have a will in place. Court Uncourt has impressed upon the importance of having a will on several occasions.
To reiterate, in the event of death without a Will, one’s assets will be distributed in accordance with Shariah law, regardless of the deceased’s nationality or religion. Shariah law is the law as dictated by the Islamic Holy book, the Quran which specifically dictates conditions of inheritance. Generally speaking, female heirs of the deceased are entitled to half the entitlement endowed upon the male heirs. The custody of children is not automatically granted to the mother but preference is given to the male descendant from the father’s family. The deceased’s bank accounts and assets are frozen and the matter has to be heard by Dubai Courts before a judgment can be pronounced. All in all, the matter of inheritance where a will is not present only adds to the woes of the members of the family that have just dealt with a grave loss.
It is a fact that UAE succession law can be complicated, difficult to get accustomed to and sometimes contradictory. For example the Civil Transactions Law in Article 17 no.1 states that “Heritage shall be governed by the law of the testator upon the death thereof” but contradicting the same is article 17 section 5 where it is stated that “the law of the United Arab Emirates prevails regarding the will issued by a foreigner about the real-estates thereof in the State”. Therefore, the first and second instance courts will preferably choose to apply the rules and principles of Shariah to inheritance cases relating to real estate. As these principles differ from what is written in the will and from what would be the wish of the testator, the case will have to reach the Cassation stage for the testator’s law to be applied. In practice, only the Supreme Court can decide the fulfillment of the will as per testator’s wish and as per the rules suggested and provided by the will if solutions that are not in accordance with the Shariah Law have been chosen by the testator. It is also important to note that during the time that the courts take to reach a final decision, the assets will be frozen, which means that the heirs won’t have any possibility of economic exploitation. To overcome the complication related to the same, the government of Dubai relied upon the Dubai International Financial Center to draft and execute the new law on wills that would meet the expectations of the residents and foreign investors alike. The law comes into effect on April 30, 2015, and has been described as “The first Common Law, English wills and probate service for non-Muslims in the Middle-East.”
The UAE has continually evolved within the legal gambit and imbibed the best from existing legal systems from across the globe.
Thus, in an innovative action in the region and following the example of existing systems in Malaysia, Singapore and Hong Kong, for the first time in the Middle East it will be possible to register wills in accordance with international principles of Common Law before the authority that will be known by DIFC Wills and Probate Registry. The establishment of this new service is an attempt of DIFC to encourage the investment in Dubai by residing expats, providing legal certainty for the inheritance, by the existence of a simple and efficient mechanism for non-Muslims to pass on their assets after their death.
In line with the Memorandum of Understanding on this matter that has been signed by the DIFC and the Dubai Courts, the matters of succession will now be expedited and taken care of by the DIFC Courts. 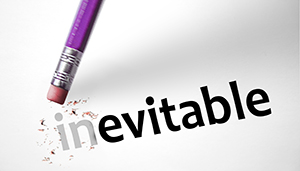 These new types of will be available to anyone above the age of maturity, non-Muslim, whether a resident of Dubai or not, and it will regulate the succession of any property of the testator, provided that the testator has assets in Dubai. It is essential to point out that any movable asset of the testator including but not limited to shares in a business, personal property such as gold or jewelry, gifts that the testator would like to bestow upon his relatives and/or family upon his death. Stocks, bonds, bank accounts will all be regulated by this new system. Regarding the estate, the draft of the new law clearly states that “a Will may give or dispose of Real Estate or Personal Estate situated in the Emirate of Dubai, to which the Testator is entitled at the time of his death, whether the Testator became entitled to it before or after the registration of his Will, and shall not govern succession to any other Property”, which means that it is assigned to DIFC Wills and Probate Registry regulative competence not only for property situated on the DIFC but for those located in any area of Dubai. On the other hand, if the testator has real estate in any of the other Emirates, for now, the common procedure in court will have to be followed, to the extent that this new DIFC system only has the power to regulate estate in Dubai.
Another situation that has been foreseen by the new DIFC law is the appointment of an interim Guardian for a Minor who is habitually a resident with the Testator in the Emirate of Dubai. At the outset, it is important to highlight that the Western and the Sharia concept of guardian are different: if to any Western the Guardian will be someone in whom the parents will trust in case of their death to take care of their child(ren), that person could a friend, a family member or someone that the parents trust. According to Shariah Law the Guardian will always be a member of the family. Thus, keeping this in mind and the high number of expats in Dubai; it is essential for the parents to choose someone they trust and they find suitable for the mission and appoint a Guardian. The new Rules state that the Testator who has “parental responsibility for a child who ordinarily resides with the Testator in Dubai may appoint in accordance with the applicable law of the child a Guardian or Guardians of the child”. These parental responsibilities are also defined by the DIFC as “all the rights, duties, powers, responsibilities and authority which under the law of the UAE a father has in relation to the child and his property and includes the right to remove the child from the UAE and the DIFC”.
Finally, the system to register and probate the will is simple and straightforward. The interested has to make an appointment through the DIFC website. Along with the appointment confirmation, information on the requirements, the documents needed and the template for the Will would be sent forth by DIFC. Using a template is another step in the right direction as it will make the process less cumbersome. On the appointment date, the testator needs to bring his/her documents, one witness, and the appointed guardian (if applicable), along with identification documents for each. The Will shall be reviewed by the DIFC and signed in their presence. A hard copy of the signed Will shall be provided to the Testator if requested, while the original will remain under DIFC’s custody to be scanned and turned into an electronic document. The same will be stored for 120 years from the date of birth of the Testator.
From a legal perspective and constant liaison with expats who reside and/or have invested in Dubai, this new system is a welcome change for those that have always been concerned about safeguarding their inheritance. It is always recommended that when partaking in succession and inheritance matters, it is highly advisable to consult legal representatives to ensure that all regulations and requirements are complied with to ensure that the Will remains valid and effective. Yes, the matter of Wills brings with it a thought of gloom but as rightly said by Benjamin Franklin that there is nothing in this world that is certain, except death and taxes.