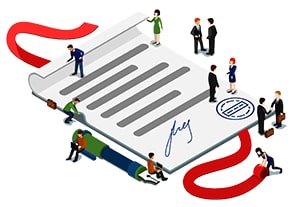 In UAE, all legal aspects in regards to contractual related issues are encapsulated under the UAE Civil Code and the UAE Commercial Code. It is difficult to establish between illegitimate and legitimate duress as in regards to commercial contracts, a certain level of duress is expected with an agreement. While the risk of loss is ascertainable and to be accounted for to a certain degree, the scope of the same is to be decided on a case-to-case basis. In general, a threat to break the contract, a threat to committing or refraining from committing from a certain act unless a contract is signed shall generally constitute for causing duress to the signing party. The Civil Code governs all civil rights and obligations available to the parties to a contract. While in regards to certain specific laws applicable, Undue Influence in itself is an abstract concept to prove the same in a lot of cases is difficult. While that is the case, to file for dismissal of a contract on the basis of undue Influence requires the need to have an established contract. It is required that the essential elements of a contract, as stated under the Civil Code, is fulfilled. Article 125 of the Civil Code states the definition of a contract as:

“A contract is the coming together of an offer made by one of the contracting parties with the acceptance of the other, together with the agreement of then both in such a manner as to determine the effect thereof on the subject matter of the contract and from which results an obligation upon each of them with regard to that which each is bound to do for the other. There may be a coincidence of more than two wills over the creation of the legal effect.”

While an offer made by one and acceptance by the other party of that offer is what constitutes a crucial part of the formation of a contract, the dispute in regards to duress generally rises under specific clauses of a contract. This could lead to an undue advantage to the accepting party as while the acceptance of other aspects of the contract may be acceptable, the offeree may insist on having such problematic clauses with the agreement. Undue Influence as a concept would not be implicated within the contract, but due to external factors. In situations such as a father using his undue Influence on wife and kids to sign certain contracts, a boss instructing employees to sign certain agreements duly on the basis of Influence, and other such instances wherein there is leverage to the offering party against the accepting party to accept the same shall be termed as the use of Undue Influence. While an established concept in law, UAE law does not explicitly dictate provisions for the concept.

“Duress is coercion of a person without the right of so doing to perform an act without his consent. Duress may be forcible or non-forcible, and may be material or moral”.

In case of contractual liability, of which the opposite party can be held liable due to duress, it is mandatory as per Article 182 that the victim or his heirs do not enforce the contract after the threat has ceased to exist. Thus, it is pertinent to make sure that the contract is not implemented by the victim unless the threat still exists and can be exercised if the contract is not fulfilled. While the existence of a threat is susceptible to forcing a person to implement a contract, the same is required to be proven to the court. Duress may be in different forms, forcible, non-forcible, material, or moral.

While forcible duress would be one which would entail an imminent threat of grave danger to the victim, a victim’s associate, family or friends, or property. A lack of such a threat would classify the duress as non-forcible. Non-forcible duress can usually be classified as undue Influence.

So, what can be construed in regards to duress implicated by a third party? To provide for an example, if the agent of a company has inculcated the victim into a contract through duress, can the victim hold the company liable for the same? 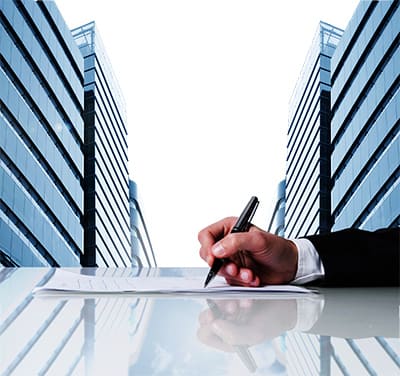 As per Article 184 of the Civil Code, it is pertinent that the party being constituted as the defendant is knowledgeable of the act committed. It is not possible to implicate a party that is not privy to the nature of the contract made to be held liable for the act. This can be confusing as agency law dictates that the acts of an agent while done on behalf of the principal entity, is to be seen as the work done by the principal entity and not the agent.

Hence, it is difficult to prove that the principal entity was aware of the circumstances under which the victim has signed the contract, and it is important to have proof relating to the same. It can be noted that in light of contracts being signed, this helps in proving that the principal entity is ultimately responsible for the actions of its agent and hence should as a duty, be aware of the professional scenarios undertaken by its agent.

E-contracts in Dubai and the UAE

E-contracts in UAE Introduction In today's modern E-world, it should come as no surprise that businesses prefer communicating officially online. From arranging meetings to agreeing on legally binding contracts, this…

Hedging Strategies for Power Contracts Introduction The worldwide establishment of the power markets is primarily due to the global restructuring and reorganisation of the electricity and other energy supply market.…

The Legality of Backdating Contracts Introduction  The “contract date”, seemingly a very basic concept, can contribute to some problems and confusion among parties contracting therein. The main issue that parties…