Duties and Liabilities of Directors in Ireland 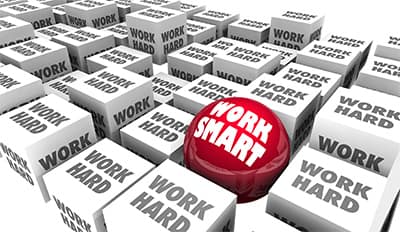 The fiduciary responsibilities of a director under the Companies Act require the obligation to:

This is a subjective norm because what the director himself believes to be in the best interests of the business is important.

If a director fails to exercise his authorisation within their expected reach, he is said to have abused his authority and to be directly responsible for the damages that arise.

The director is obligated to disclose his interests.

If the director has a personal interest in a deal entered into or proposed to be concluded by the corporation directly or indirectly, the director shall report to the board the facts and the extent of his interest.

A director shall not secretly profit from its role and shall take into consideration all benefits so gained except where complete disclosure has been given and approval obtained to the representatives of the corporation.

Moreover, a director owes a task of competence and consideration to carry out his work. The courts have made it clear over time that in a variety of sub proposals, this general theory can be taken as follows:

Standard of care - A director's degree of expertise and care depends on the ability of the director involved. The level of care required by a director would be the norm that a person of his background, skills and expertise would fairly anticipate.

Genuine Errors - A director cannot be found liable for genuine judgemental mistakes. If a director takes a decision which he considers to be in the company's best interests, so the fact that he is proven wrong does not in itself create any liability.

Additional responsibilities of a director shall include specific disclosure responsibilities and the duty to guarantee that the corporation maintains proper financial records and fulfils different commitments to the company's secretarial compliance obligations.

The tasks of Directors are owed to:

Directors are obliged when exercising their duties to respect the wishes of the staff and members of the company. This obligation, however, only applies to the corporation. In general, the directors should not owe individual Members a duty, so if members who are affected can use their voting power at a general meeting to force the managers to take them into account, the duty will be reinforced.

If a dispute arises between staff or members' interests, the primary duty of the director lies with the corporation

The law imposes a variety of contractual obligations on directors, whether directly or indirectly; the basis of these tasks is the communication to creditors and their representatives of related facts. 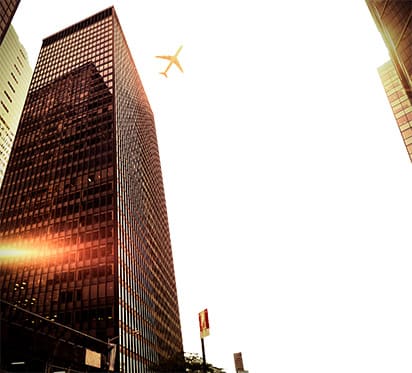 Directors under the Act are subject to such disclosure obligations. For example, managers must report personal information that is entered into the Company's regulatory books. Besides, it is the responsibility of the Directors to report their interests in a company's contracts or planned contracts, to divulge and record their interests in share in each of the associated companies and to disclose compensation to the Directors in connection with the share transactions of the related companies.

All sections of the Act have an overall obligation to adhere to. As regards the business administration, the directors must keep a record of all meetings of the members, directors or committees of the directors.

They will have the obligation to organize an EGM of the Organization members to fulfil its requirements. If the organization experiences a severe capital loss, the managers have a direct obligation to convene an EGM.

In addition to the aforementioned, the Acts provide a range of provisions to ensure that corporate properties do not dispose of illegally. Consequently, directors who conduct significant real estate deals with the corporation should draw this to the notice of the company's representatives. In the same vein, directors are often obliged to not do transactions outside the company's capacity.

In law, there were a variety of provisions providing for actual corporate directors to be subject to personal responsibility and other civil and criminal penalties in some cases. In some circumstances, personal responsibility may entail accountability for some or more of the debts of the corporation and for others who have been appointed to the position of director since the date of the appointment. The following shall be included in examples of the situations in which directors can face legal ramifications or fines, including personal responsibility for the company's debts:

The fiduciary and statutory obligations of the directors are normally owed to the corporation. However, if a corporation is insolvent or threatened with insolvency, those substantive adjustments must be made; the directors owe the creditors their obligation to behave in good conscience and to show the utmost caution, ability and diligence.

If a director has an honest and fair conviction that the firm will resolve insolvency and boost the creditor's position, he is unlikely to be found responsible for careless dealing. A director can be convicted of dishonest trade because he is "a deliberate party to the conduct of the sector of the enterprise to defraud any company creditors or other person's creditors or for any fraudulent reason." A director found guilty of fraud will be accused of a crime

A representative of a corporation who is intentionally a party to the execution of an enterprise fraudulently is responsible for the liabilities of that enterprise.

Acquisition of Shares in Holding Company

When a corporation acquires stock in the holding company and becomes liquidated after six months because the insolvency company cannot cover its liabilities, the Court of Justice may, together and severally, declare that the directors of the insolvent company are responsible for paying the insolvent company's overall equity payments.

The law requires the approval by a resolution of the shareholders of such real estate transactions between a corporation and a director of that company or an individual linked to that director.

It is to render the deal unlawful at the discretion of the corporation who breaks these clauses. A director, or a related party who allowed this transaction might be responsible for any gains to the Company and compensate for any loss to the Company. These rules should not extend to purchases intra-groups.

Section 31 of the 1990 Act prohibits, except under certain cases, the issuance of corporate loans to the directors. The portion includes quasi loans, credit transfers and such like, including warranty. It does not include inter-group transactions. A manager or individual related to a person who undertakes any of the prohibited transactions will be responsible for any profit made in connection with the business, as any manager who allowed the transaction. Such people shall therefore compensate the Corporation for any damage or loss that they incur.

If a director may demonstrate his compliance with section 31 by taking all the appropriate action, he is not responsible. Furthermore, the company's choice can allow for a forbidden transaction. Section 78 of the Company Law Enforcement Act of 2001 updates the provisions of paragraph 34 of the Companies Act of 1990, which establishes a system by which such transactions, formerly prohibited by section 31, are now legal such that they meet the conditions of the modified section 34. The provisions of Section 7 of the Companies' Act of 2009 include not only directors but all officers of the corporation who are defaulting and broaden the scope of Section 31. When the firm is liquidated, there is also a possible personal responsibility for the Director.

It is a criminal offence for a person to reply, provide information or a statement, lodge, or provide a return, report, certificate, balance sheet or any other document that is false in a particular material or know it to be false, or to provide a question, an explanation or to give a statistic, in the purported conformity with all provisions of the law, to provide a false response or reckless reply.

In the absence of proper accounting books by Section 202 of the Company Act 1990, where a company is wounded and is insolvent, the Court may declare that any officer or former officer of the company who is in default of the obligation to maintain proper books is personally liable for the whole and part of the company debts as may be specified by the Court. The case law reveals that, for the value of the business debt, the Court will impose responsibility that is specifically attributed to the non-compliance with the correct books.

The Court can also decide to levy a fine of up to €12.700, or a sentence of no more than five years on each officer of the corporation liable for the fault of an offence, or both imprisonment and fine.

When a company volunteers a solvent winding up, the company's managers must commit by statute that, within twelve months of the start of the wind-up period, the company can pay its debts in full. Where subsequently it is shown that the enterprise is not able to pay its debts, the Court may declare the individual responsible for all or any of the debts of any director that has made the solvency declaration to the corporation. 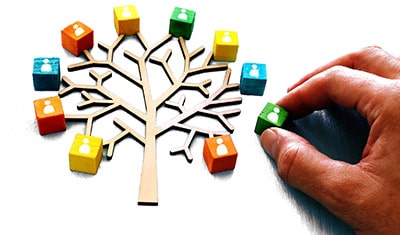 The Case Law shows that the Courts are aware that directors are obliged in tough circumstances and that if there is a risk of the firm being insolvent, it is not necessarily in the interest of a company, its creditors or the economy as a whole to cease trade immediately. Nevertheless, directors need to be very cautious and thorough in handling a company's affairs where either it is already insolvent now or faces insolvency. Directors must be aware of personal obligations arisen when the company is insolvent, and that its actions about new or current creditors are becoming more significant when creating or discharging any company liability and when any of the company's properties are used and/or transferred.

Mismanagement by a Manager in a Limited Liability Company

Negligence and Mismanagement by a Manager in a Limited Liability Company: UAE Companies Law A limited liability company (LLC) is a form of a company that is subject to the…