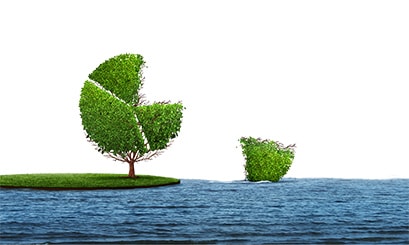 The European Union (EU) spans with twenty-eight (28) member states which have a combined population of approximately 500 million people. It is a massive draw for foreign investors in part due to its scale. With 28 member states spread across a large proportion of the continent of Europe, there is a vast selection of nations one can choose to invest in. With significant populations and large markets found all around, even those that are niche can find great significance.

The EU is a highly developed jurisdiction with the help of some of the large global economies contributing towards it. Within these last few years, there has arisen some commotion in the EU with the UK voting to leave. The UK is the second-largest economy in the Union, and so the impact of them going will undoubtedly be felt.

Another critical draw relates to the regulatory structure of the EU. It is an incredible achievement when looked at in detail as the legislative fabric covers the entire area of the EU and is accessible on the most comprehensive scales. While each of the member states is sovereign and thus cannot truly be controlled by the EU or its regulations.

Their member states benefit from laws throughout the EU, some of which are as follows:

Such a structure allows for harmony between the different countries of the EU concerning their laws. With a regulatory body governing multiple nations, the standards of services and goods produced in the Union are among the best in the world.

All of these combined make the region one which receives much international investment from various locations and with many interests. As such, a recent new framework for screening foreign investments has come into the fold, which allows for a more significant amount of selectiveness in who can and cannot invest.

What the Changes Entail

The new screening regulation was initially brought up in 2017 during a State Union Address. If one were to consider the scale of the rule, it is rather impressive that such a wide-reaching change was proposed and adopted in two years.

Foreign Direct Investment (FDI) is a massive topic in the EU with billions of Euros worth of it occurring annually. This Regulation EU 2019/425 (the Regulation) came into initial force as of 11 April 2019. However, the actual provisions will go into effect 18 months after this date in October of 2020. Any investments that occur before this time will not be subject to the Regulation.

The primary purpose is to provide greater freedom to the EU and its member states when it comes to investments from beyond the EU. This freedom will allow for greater control over the market and the interests of the nations.

The member states will not be required to observe the screening processes within their borders if they choose not to do so. It is very much optional, though if they wish to follow, the European Committee will and the Regulation will be able to make particular demands of them.

The critical powers provided to the EU and its member states when it comes to screening can be summarised as follows:

The ideas of freedom and business-related endeavours are pushed considerably within the borders, and now they can be promoted through the screening process. The Regulation recognizes that the member states are at a disadvantage as the countries that competing with them have better structured processes and frameworks to properly screen any potential risks. This, therefore, implies that for EU to have a stronger position they should have a well-structured system of screening.

There may already exist member states that have specific processes in place relating to FDI, though there is little to no legal backing from the EU. However, this will now change upon the implementation providing further structure and certainty. The Union allows for great freedom within itself in terms of business and the movement of goods and people, and so cooperation on larger foreign-related affairs will bring the nations closer.

Article 9 specifies that the Regulation should cover a broad set of investment types, and these should cover investment from external countries as well as state entities to ensure maximum effectiveness of the screening framework. However, portfolio investments are not to be included and should receive different treatment.

Further to this, Article 12 considers specific factors that the member states should take into account when considering foreign investments. Considering that some of the members already have their processes, their experience and expertise should be provided to the others to ensure uniformity of quality across the different nations.

With cooperation being one of the crucial aspects, the legislation sees it as vital that even those nations which do not incorporate the FDI screening into their foreign investment-related practices should still receive assistance. To this end, if individual countries have experience with particular international entities or are aware of some facts related to specific investments, they should be able to share this knowledge with any other member of the EU. After all, the aim is to provide further security and protection across the European Union.

Why the Implementation Delay?

While the Regulation has seen much consideration over the past two years, there is still an 18 month period until it truly comes into effect. That means that any investments over the next year and a half will not fall under the consideration of the rule. The period has been allotted to allow the European Commission as well as its member states to prepare and make the appropriate changes and implementations so that when the date comes around, the transition will be entirely expected and smooth.

Points of contact will be crucial to ensure smoothness of communication between the nations as well as the EU Commission. Further to this, as previously mentioned, the member states of the EU are sovereign, and so the Regulation should receive ratification or some form of official introduction to the state’s legislative structure to make the law official therein.

Sectors FDI is not allowed

Though the EU encourages foreign investments, they do entail certain restrictions though not many. Currently, the screening mechanisms cover investments in specific sectors that are considered strategic (e.g. energy, telecommunications, transportation) while other sectors are not restricted. On the whole, the grounds of restricting FDIs is based on protecting public policies and national security. Therefore, it naturally leads to restrictions on trade of arms, specific unauthorised drugs, publications, war material, nuclear weapons and other related sectors. The main aim which has been preserved and which will be preserved with the Regulation’s passing is the protection of public order and safety. It is noteworthy to mention that the Organisation of Economic Cooperation and Development (OECD) has claimed EU to be the least restrictive region in relation to direct foreign investment sectors. 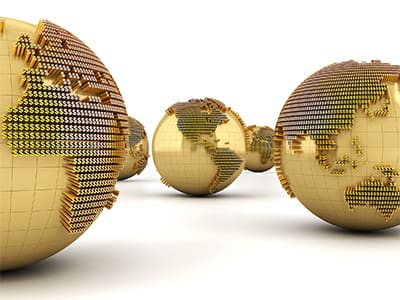 Security and protection of interests is a more important than ever today. With the most significant economies around the globe, this especially cannot be understated. It is one of the world leaders when it comes to FDI from beyond any of its nation’s borders.

Numerous states around the world have implemented such screening regulations to protect themselves, and the EU has decided that it is certainly time to do so itself. However, a further benefit that will come about within the EU is that there is a vast amount of different experience available and so cooperation is vital. The final implementation of the Foreign Investment screening regulation will occur on 11 October 2020.