Tri-Party Agreement and their Implications in the UAE

What is a Tri-party Agreement? 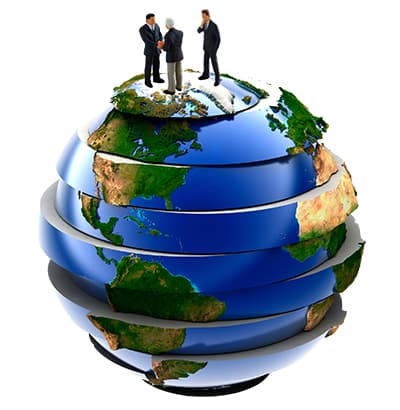 It is an agreement between three parties. In other words, when three-parties has an intention to do the things on which they have agreed. The Tri-parti agreement usually happens in financial transactions. As per the Article 125 of the UAE Civil Transaction Act (the “Code”), there can be a meeting of more than two -minds that may agree to produce the legal effects. However, as per Article 126 of the Code, Contract should only be on the legal things.

For instance- A agrees with B to supply goods to him, but A cannot pay the full amount at the time of receiving the goods. A brings C who agreed that if A fails to pay the full amount, then C will pay the amount to B. This a Tri-party agreement between A, B and C where three parties agreed to do the things.

In common law practices, the interpretation of a contract is always an analytical activity, the aim of which is not to ascertain the purposes of the parties but to evaluate the contemporaneous sense of the contractual language using an objective standard. However, discussed below, the UAE Civil Transactions Act does not make it a common practice.

Article 248-256 of the Civil Transaction Law there are three instances where the interpretation of the contract law is necessary.

Two situations may be differentiated in the Plain Expression. The agreement involves an outstanding usage of the word which coincides with the real intention of the parties. Secondly, the word does not actually mean what you think.

If in the first instance, the contract's expression is simple and complies with the will of the parties, it cannot be interpreted in any further way. Therefore, the judge should not be in disagreement with the law in order to recognize the apparent meaning of the term. In the absence of express rules, the Civil Transactions Act makes judicial remedies undesirable. This law was enforced many times by courts in the UAE. For example, if the contract language is plain and apparent, the clarity of that wording does not differ.

In the second case, the word is clean and not real, since it was against language. The parties did not imply the true will of the parties. The vocabulary of the contract is not clear or complete as to what it intends to convey. Despite the clarity of the expression, the court is able to make an interpretation, as clarity is clearly what the expression means in this case, not the intent of the parties. In such a case, priority should be given to the actual meaning of the expression over the meaning in which the parties interpreted the expression. The Civil Transactions Act states in Article 285(1) that the real object of the parties and not the language and syntax of the agreement is what matters. This rule can be found in judgement number 294 of the Dubai Cassation Court of 2008, which claimed that 'In the interpretation of the contract, the true meaning of the word is decided and not its obvious wording or syntax.

When The sentence has two or more implied definitions, and both of these can be interpreted without a language distortion. If a contractual term is so ambiguous that the context can be interpreted in more than one way, then clarification is necessary. Article 265(2) of the Law on Civil Transactions provides information on how to interpret it: 'Without stopping the literal meaning of language, if there is room for construction of the contract and with the search for clarity in this respect, the common intent of the parties shall be examined in accordance with current relationship and good faith between the Parties. The Dubai Cassation Court ruled that the purpose of the contract was defined by true intentions and meanings, rather than by the wording or syntax, in compliance with the procedure of that court and with the provisions of Articles 258 and 265 (2) of the Civil Sales Transactions Act. The contract must be construed in light of the parties' mutual purpose, not in terms of its literal nature.

However, a strong distinction needs to be made between contextual and extrinsic evidence. It is not appropriate to use the expression as a guide to the development of a contract, although using the expression to interpret a contract is reasonable. Thus, when reading the contract, the intentions of the parties are readily apparent. This is the antepedemean proof rule. Article 36 of the UAE Penal Code mandates the use of the symbol.

The only uncertainty which cannot be understood by applying the rule of construction laid down by Article 265 of the Civil Transactions Act is the doubt contemplated in Article 266; for if Article 266 is deemed separately true and other provisions in isolation, those other arts would no longer be relevant. Article 266 must also be seen as an exception to other building rules, for instance, the law of insecurity.

The most problematic side of Article 266 is that the term "debtor" is vague. Each party in most contracts has the capacity to demand of the other party in return for its obligation to do something else. In exchange for this obligation, Article 266 should have replaced the word "debtor" with the word "aggrieved party" However, the interpretation of the 'contra proferentem,' in other words against that party which proposed the ambiguous clause would have been wiser. However, no case in the UAE has addressed the questions concerning interrelationship to the best of my knowledge.

The general judicial inquiry indicates that the courts of the UAE usually comply with legal requirements while reading a contract. However, it should be noted that all of the above statutory rules are not obligatory – they are just guidance for the court in order to help decide the alleged intent of the parties.

The parties can, by agreement, change or exclude any of these statutory requirements and set out their own architectural rules.

Contract of Guarantee as a Tri-party agreement

The contract of Guarantee is the perfect example of a tri-party agreement. Guarantees usually come under the purview of the Civil Code of UAE Article 1057 of the Civil Code describes guarantees as a suretyship consisting of combining the responsibility of the guarantor with the liability of the obligor in the fulfilment of her obligations. However, if the Guarantee is of such a type that the guarantor earns some remuneration by giving the Guarantee, then the Contract of Guarantee would be governed by the Commercial Act. 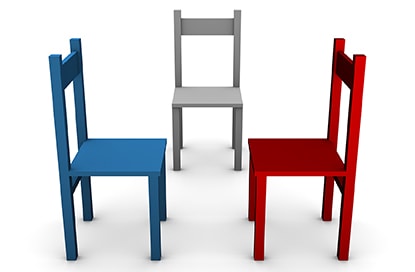 For lenders, the Civil Code dictates the rules about guarantees. A guarantor's responsibility is incidental to the principal debtor's obligation. Therefore, if a principal debtor does not comply with his or her commitments, the Guarantee will no longer apply.

If the principal debtor becomes bankrupt, the creditor must prove its debt in the bankruptcy, without which it would forfeit its right to claim against the guarantor to the extent of any sums which the creditor would have earned had it proved such debt in the bankruptcy; and when a debt has been paid back, the borrower must send the guarantor all required papers to ensure the guarantor has the power to take legal action against the principal debtor.

It is necessary to remember that a guarantor's financial commitments are only backed by his/her own personal properties. This provision may preclude subordination of other liens that have been secured by a mortgage or pledge over the properties of the guarantor.

Lenders should consider the overall procedure for implementation of a guaranty, and how long the process will take. A lienholder must first inform the guarantor of the default of the primary obligor by serving legal notice in compliance with the terms and conditions of the guaranty. A lender may either apply for attachment directly or launch a complaint prior to filing an attachment.

The next move is for the borrower to file a complaint against the guarantor and go to court to enforce the Guarantee (within eight days from the date on which the assets of the guarantor are attached, if applicable). Prolonged court action normally lasts from 8 and 10 months, during which defense has been raised. The court may appoint a financial expert (usually a chartered accountant) to assess any changes the guarantor may be needed to make to their loan. Luckily, in many cases, prosecutions take just two years.

Termination of the Tri-Party Agreement

There are many ways to terminate the contract. The termination of the contract is discussed in the Articles from 273-367 of the Code.

Should termination occur due to violation of the specifications or failure to perform, it can permit termination without notification; otherwise, the notice is compulsory under Article 271 of the Civil Law. In the absence of advance warning. Regardless of the clear clause in the contract, the parties are free to mutually leave the contract.

As the name suggests, the parties may request termination upon reaching out to the proper authority such as Court or Arbitration Institute. This option can also be exercised in the scenario where the termination clause is also there in the contract.

We shall take into account the law governing the contract within the structure of the termination of the contract. Various types of contracts, depending on your country of residence, are offered in the UAE.

Alterations may make the contract unfeasible to conduct an occurrence outside the control of the parties or the unforeseen event. That is in the customer's best interest. Moreover, any conditions of public interest can also allow the parties to dissolve the contract. Each party must be transparent about the unpleasant and unprofitable existence of the contract.

Article 247 provides that if the other party does not comply with the negotiated terms, all parties cancel the contract. 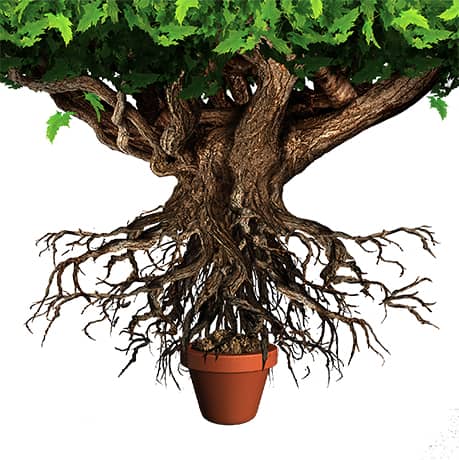 The termination of the contract is a challenging task. However, the procedure of terminating a contract can be stopped by drafting a mutual termination provision. The related clause strengthens the legality of the court proceedings by reducing future problems of the law. Henceforth, prior to terminating any commercial contract, the party must assure that there exists a legal right to dissolve the contract or must obtain legal assistance from Corporate Lawyers in UAE to review the terms of the contract in accordance with the UAE Civil Law and other contractual laws of the country to avoid the unnecessary hassle of termination before the court.