A healthy economy needs a legal system that can effectively resolve commercial disputes. Without one, businesses risk living in an atmosphere where contractual commitments are not strictly adhered to. Although there are advantages of using alternative conflict resolution mechanisms, doing Business depends on how government agencies work in the event of a contractual dispute. This article explores in detail the enforcement of contract in Israel.

Q1. Which domestic laws and regulations govern the recognition and enforcement of contracts in Israel?

Q2. What is the purpose of the law of contract in Israel?

The aim of this legislation is to shield consumers from unfairly disadvantageous regular contract terms.

Q3. Can the Court or Tribunal annul or amend any standard contract?

Yes, Under the rules of this statute, a court or the Tribunal can annul or amend any standard contract requirement that, in light of the entirety of the contract's terms and other circumstances, results in an unreasonable disadvantage to customers or an unfair benefit for the provider, and is likely to result in the customers' deprivation (any other circumstance hereinafter referred to as "unduly disadvantageous condition").

Q4. What are the conditions will be presumed to be unduly disadvantage?

The following circumstances would be considered unduly disadvantageous.

The Tribunal decision in the Ituran case12 is a clear example in this regard, according to which the fact that the corporation has been proclaimed a monopoly in the area of car position systems imposes a heavier burden of equity and reasonability on it. The Tribunal also took into account the fact that some of the company's clients do not do business with it voluntarily, but rather that their insurance providers need it as a condition of offering car-theft insurance plans. The Tribunal determined that as long as Ituran has a monopoly, it cannot fail to provide its services for unfair reasons; as a result, the clause of its regular contract that allows the corporation to terminate the contract at its own discretion is an unduly disadvantageous situation.

Q5. Can a limitation of right to apply to judicial authorities be placed?

No, A clause in a regular contract that denies or restricts the customer's ability to seek judicial relief is invalid.

Q6. What does the Standard Contract law cover? 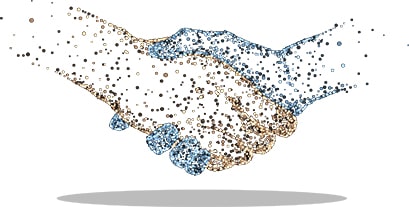 Q7. Can an Unduly Disadvantageous Condition be annulled?

Q8. How can the proceedings go about if the unduly disadvantageous conditions need to be annulled?

The Tribunal has the authority under Art. 17 of the Standard Contracts Law to cancel or change an unduly disadvantageous clause to the degree possible to remove the undue disadvantage. In practice, this is not a discretionary power, and if the Tribunal determines that the requirement is unduly burdensome, it must revoke or change it. Those named in the statute – the Attorney General and the Head of the Authority for Consumer Protection – are entitled to petition the tribunal in annulment proceedings.

Customers' associations or governmental authorities, as specified by the law's legislation, are also eligible to petition the Tribunal. Israel's Consumers' Committee, the Consumers' Protection Authority, and the Bank of Israel are therefore empowered under Regulation 4 of the Standard Contracts Regulations, 5743-1983.

Furthermore, the legislation gives the Minister of Justice the authority to authorize a consumer entity that has not been designated by the regulations to apply for annulment in a particular matter.

The supplier whose contract is being annulled is the respondent to the annulment petition; moreover, the Tribunal may order a representative body of suppliers, or any party interested in the matter, to enter the case as a respondent. The cancellation and obliteration of a clause from the contract occurs as it is annulled.

An annulment, unlike a normal contract acceptance, has no time limit and remains in effect as long as the Tribunal has not rescinded or reversed its ruling. The Tribunal has the authority to extend its ruling to contracts that were concluded prior to the decision but have not yet been fully implemented. Under the legislation or the rules, any individual or body who appeared before the Tribunal as a complainant or respondent will appeal the Tribunal's judgments to the Supreme Court within 45 days.

Q9. What are the courts’ authority in regards to Standard Contracts?

Q10. How are the enforcement of the Tribunal’s decisions handled in regards to the amendment of an unduly disadvantageous condition? 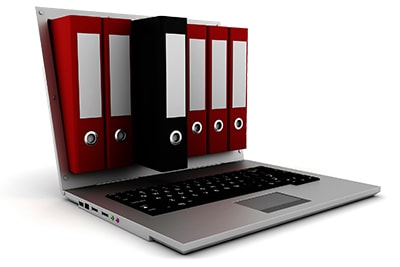 A supplier who disregards a Tribunal order on the cancellation or amendment to an unduly disadvantageous provision is not subject to a fine under the Standard Contracts Law. This is being handled as a general contempt of court lawsuit. The Prosecutor General's Office has the authority to sue a supplier for failing to comply with the Tribunal's orders, but this type of action is rarely used. It's necessary to differentiate between a supplier who petitioned the Tribunal to approve a standard contract against a supplier who was a respondent in an annulment proceeding in this sense.

It does not seem to be often reasonable to impose such a harsh penalty on suppliers who have petitioned the Tribunal for approval of their standard contracts and then opted not to comply with the proceedings, or to use the standard contract as authorized by the Tribunal, for any reasons, most of which are economic in nature.

Q11. Is there any restriction on the applicability?

Q12. What are the restrictions or the limitations on applicability of the provisions?

The provisions of this law will not be applicable to the following;

Q13. How does the Minister of Justice carry out the law's implementation?

The Minister of Justice is in charge of enforcing this law, and he has the authority to issue regulations to do so, including regulations on: