National security always matters, obviously. But the reality is that if you have an open door in your software for the good guys, the bad guys get in there, too. - Tim Cook 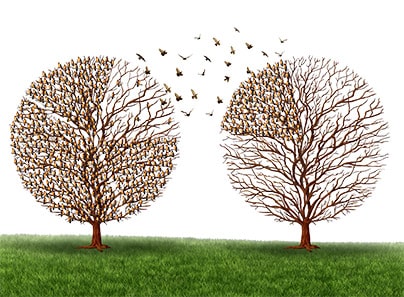 The Committee for Foreign Investment in the United States ("CFIUS") lurked in the background for years. CFIUS is an interagency committee that primarily blocks mergers, acquisitions, and takeovers by foreign entities that create a potential national security risk. Most of the data for CFIUS' decisions is classified, so the public's sole window into the operations of CFIUS is its public testimony, mandated reports since 2007 and Congressional research reports. Despite having played a significant role in some important transactions, it remains little known. In the wake of the Foreign Investment Risk Review Modernization Act ("FIRRMA") of 2018, largest-ever expansion of CFIUS, the scramble to understand CFIUS is more furious than ever.

Previous expansions of CFIUS began with a bang, with Congress reacting to particular, high-profile transactions. Like its predecessors, FIRRMA was born out of fear of a rival, in this case, China. During the Obama Administration, Congress began to show increasing skepticism of Chinese investment in American companies. Initially, many major acquisitions, like Lenovo's 2005 purchase of IBM Thinkpad, received approval with no objections (See Mike Musgrove, U.S. Panel Clears IBM Deal With Chinese Firm, WASHINGTON POST (Mar. 10, 2005)). In 2011, members of Congress rang the alarm over the potential acquisition of 3Leaf Systems by Huawei, a Chinese telecom giant, and CFIUS' posture regarding sovereign wealth funds more generally (See James K. Jackson, Cong. Research Serv., RL33388, THE COMMITTEE ON FOREIGN INVESTMENT IN THE UNITED STATES 2, 22 (2012)). In 2013, Congress expressed concern over a potential acquisition of Smithfield, a pork processor and producer, by Shanghui, a Chinese food company. Senator Debbie Stabenow declared that CFIUS must take Shuanghui's "troubling track record on food safety into account," connecting national security and the health of American families more generally (Christopher Doering, Secretive U.S. Panel Eyes China’s Smithfield Deal, U.S.A. TODAY, (Jun. 9, 2013)). The Obama Administration, however, held steady to its commitment to an "open investment policy" with the traditional justification that "inbound investment has long been an important component of our overall economy" (Statement by the President on United States Commitment to Open Investment Policy, White House (June 20, 2011)). That posture did not last, and CFIUS became far more aggressive in the Administration's second term. The quantity of CFIUS notices increased overall, as well as the number of failed transactions. In 2012, President Obama blocked a deal by Ralls Corporation, the first formal presidential action since 1990, over concerns that it would acquire real estate near a sensitive naval base. Ralls immediately filed suit (Ralls Corp. v. Committee on Foreign Investments, et al., No. 13-5315 (D.C. Cir. 2014)) and, on appeal, established that its due process rights had been violated, though many questions remained unanswered. Chinese transactions were disproportionately represented among CFIUS investigations from 2013–2015, almost double the next highest country, Canada, and almost all formally blocked acquisitions were Chinese.

FIRRMA, enacted in August 2018, provides CFIUS considerable reach into the deals where national security is a potential issue. The Law extends the jurisdiction of CFIUS over "certain non-controlling investments" into U.S. businesses involved in sensitive personal data, critical infrastructure or critical technology. Among the specific technologies, FIRRMA was designed to protect big data, artificial intelligence, nanotechnology and biotechnology. It also establishes the jurisdiction of CFIUS over real estate transactions.

The Regulations limit the application of CFIUS to "certain categories of foreign persons," and has "initially" termed a handful of countries as "excepted foreign states. like Australia, Canada, and the U.K., countries with which the U.S. has "robust intelligence sharing and defense industrial base integration mechanisms". On 13 January 2020, the CFIUS issued final regulations to implement the FIRRMA to be effective from 13 February 2020.

Key Takeaways from the Regulations of FIRRMA:

Specifically, FIRRMA gives CFIUS the authority to review the lease or purchase by, or concessions to, a foreign company of the U.S. real estate which:

FIRRMA provides the CFIUS significant leeway to propose regulations to limit the review of real estate transactions. For instance, the purchase of any "single housing unit" and the real estate in "urbanized areas" is exempted, except as prescribed by the CFIUS in regulations in consultation with the Defense Department. Secondly, FIRRMA specifies that regulations shall be prescribed by the CFIUS to ensure that the term "close proximity" refers only to a distance within which the lease, purchase or concession of real estate could pose a national security risk concerning a U.S. government facility. Thirdly, FIRRMA authorizes the CFIUS to prescribe regulations that further define the term "foreign person" for purposes of such transactions, thus further narrowing the scope of this provision.

Although CFIUS does not officially provide any reasoning for its decisions, the foreign investors or domestic companies seeking to attract foreign capital can look at the following instances as a guide on whether a proposed transaction may ultimately be blocked by the President.

2012: Ralls Corporation (Ralls), owned by Chinese company Sany Group acquiring Oregon wind farm project. Former President Obama ordered Ralls to divest its interests in the wind farm project. Underlying his decision, President Obama stated that there is credible evidence that leads to believe that Ralls may take action that threatens to impair the national security of the United States. As per the Obama administration, Ralls had four wind farm projects that are within the vicinity of restricted air space at a naval weapons system training facility.

2016: Chinese firm Fujian Grand Chip Investment Fund acquiring Aixtron, a German-based semiconductor firm with U.S. assets. Former President Obama's action appeared to be based on concerns regarding China gaining access to the secrets of producing gallium nitride used in military equipment. The Treasury Department stated that the national security risk posed by the transaction related to the military applications of the overall technical knowledge and experience of Aixtron, a producer and innovator of semiconductor manufacturing equipment and technology.

2018: Singapore-based Broadcom acquiring semiconductor chip maker Qualcomm. Broadcom, although being based in Singapore, the main concern that drove President Trump's decision over the Qualcomm deal was China, because permitting an American technology company to be acquired would surrender its dominance in the wireless and semiconductor industry. In a letter from CFIUS addressed to Broadcom, concerns cited were that if the deal went through, Qualcomm could be displaced as leaders in developing the forthcoming 5G standard for faster, higher-capacity wireless networks by Huawei and other Chinese telecommunications companies.

It is indispensable for businesses to formulate investment strategies that factor in the CFIUS risk and implement such processes so as to enable the rapid identification of the potential deals which could implicate CFIUS review. 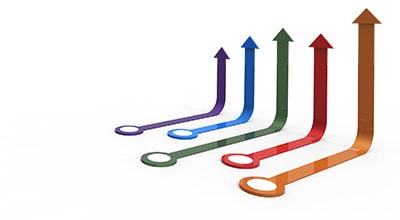 As governments in various countries strengthen their grip on national security reviews of foreign direct investment, the need for better calibration and assessment of the associated regulatory risk in cross-border transactions is more significant than ever before. The US is far from alone. The European Union, United Kingdom, Germany, France, China and other nations are also incrementally ratcheting up their reviews. In February 2019, the European Commission approved a block-wide mechanism for screening Foreign Direct Investment to build on national review mechanisms already in place in 12 member states. For instance, the government of the UK is proposing radical novel legislation to permit it to intervene in cases which potentially raise national security concerns. The government of UK estimates an approximate of 50 cases annually may end up with some form of remedy to address such concerns under the new law. In France, the new PACTE law aims to extend the list of sectors subject to review, strengthen the sanctions mechanism and introduce some transparency into the process through annual reporting on a no-name basis of reviewed cases. In Canada, the Investment Review Division, which is part of the Ministry of Innovation, Science and Economic Development Canada, is the government department responsible for the administration of the Investment Canada Act, the statute regulating investments by non-Canadians in Canadian businesses. In Germany, pursuant to the German Foreign Trade and Payments Act and the German Foreign Trade and Payments Ordinance, the German Federal Ministry for Economic Affairs and Energy is entitled to review inbound transactions by foreign investors based outside the European Union or the European Free Trade Association. They may prohibit or restrict a transaction if it poses a threat to the security of the Federal Republic of Germany or the public order. In July 2018, Germany blocked the Chinese takeover of a German machine tool manufacturer and expanded its authority to block acquisitions of firms involved in “critical infrastructure.” In July 2018, China proposed new draft regulations to expand the foreign investments covered under its national security review process.

Environment Global Guide - UAE 1. Environmental Regulatory Framework What are the key pieces of environmental legislation and the regulatory authorities? Numerous federal and local laws have been enacted in…

New Regulations in Association Health Plans – United States of America Introduction Benjamin Carson once said that Healthcare is one-sixth of the economy of the United States. He went on…

US: Admissibility of Forensic Evidence in Courts

Admissibility of Forensic Evidence in Courts – USA Overview Introduction Miscarriage of justice is an existential problem, reigning throughout the years with what looks like no end in sight. Worldwide,…

US: Cause of Action under Real Estate Settlement Procedures Act