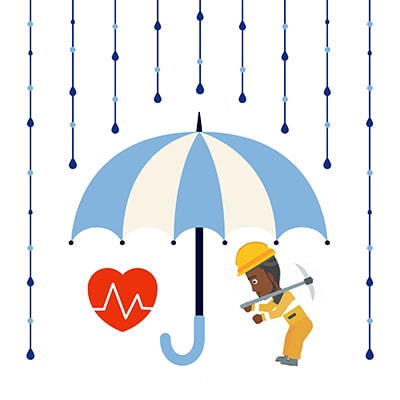 Benjamin Carson once said that Healthcare is one-sixth of the economy of the United States. He went on to state that if the government can control, then they control just about everything. Thomas Vilsack supports these views by stating that the future of healthcare security is dependent on flexibility from the federal government. This flexibility allows the healthcare system to serve the most vulnerable of citizens and to ensure that they are catered for. Association Health Plans represent an attempt by the government to ensure that vulnerable groups, those who work for small employers are catered for. The question of whether this goal will have been achieved by the new rule on association health plans is the focus of this article.

Previously, employers could only create associations that sponsor healthcare plans if they shared a commonality of interest other than the interest in providing multiemployer benefits. Thus, Association Health Plans were only available to members of large trade organisations.

What are Association Health Plans

A group of employers must meet the following requirements if they are to establish a group health plan. The group or association must exist to participate in a group health plan. It is not necessary that the entire purpose of the association of the group be to create a health plan. An employer is defined as a person acting directly as an employer. The employer must have at least one employee who is a participant covered under the plan. The group or association must have a formal organisation structure with a governing body and has by-laws. It is enough that the group or organisation has other indications of formality. The functions and activities of the group or association must be controlled by its employer members whether directly or indirectly. This control can be illustrated through a regular nomination and election of directors, officers or other similar representatives that control the group. These directors, officers and other representatives must manage the establishment and maintenance of the plan.

The group of employers must have a commonality of interest. The commonality of interest is the criteria that require that employers may band together if they belong to the same trade, industry, line of business or profession. The second requirement is that the employers must have their principal place of business within a region that is within the boundaries of the same state or the same metropolitan area. Also, it is required that the group of association must not make health coverage available other than to employees, former employees, and their family members or other beneficiaries. The group of association must not issue or controlled by a health insurance issuer. 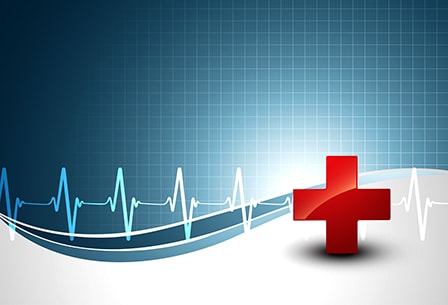 The last requirement is that the health coverage offered by the group or association must not infringe on non-discrimination provisions. This requirement means that the group or association must not create conditions based on health factors which determine whether an employee, former employee or employee’s family members can benefit from the healthcare plan. There is to be no discrimination on the grounds of health status, medical condition, claims experience, medical history, genetic information or disability. Compliance with non-discrimination premiums and contributions required by any participant or beneficiary under the plan is compulsory for the group health plan. Employers are not using a health factor as a means to define a similarly situated group. All similarly situated groups of people must be treated the same. The Association Healthcare Plans are permitted to sue non-health related factors to define groups

According to the 2019 Economic report released by the Department of Labour, it was stated that the association health plans must be short term, limited duration health plans. These health plans are supposed to create to $249 billion in value over the next ten years.

The new Association Health Plan Department of Labor final rule expands the formation and treatment of Association Health Plans. These new Association health plans create a new methodology for multiple employer groups to come together as a single large employer to purchase a health plan. The new rule allows small businesses, including self-employed workers to band together and obtains healthcare coverage. Employers within a region or an industry can aggregate, which allows certain entrepreneurs to participate even If they do have any employees.

Impact of the Association Healthcare Plans

The rhetoric surrounding the Association Health Plans is that it expands affordable health coverage options for small businesses and their employees in America. It has been argued that America’s laws have had the effect of making healthcare coverage more expensive for small businesses than large companies. Accordingly, the Trump Administration is aimed at providing more choice, more access and more coverage. The Department of Labor wished to create more affordable alternatives for individuals and small employers. The Department of labour also wanted to offer plan options that are do not have to comply with the ACA or state coverage mandates. This change is advantageous because it would lower the cost and eliminate the requirement to purchase coverage that the individual may not need. The new Association Healthcare plans were purposed to bring affordable alternatives to previously uninsured business owners. Furthermore, there was a need to provide working owners with the group health care option as an alternative to the individual market.

Employers can avoid regulatory restrictions that pertain only to the small group market, enhance their ability to self-insure, offer a wide array of insurance options, avoid regulatory restrictions that are applied only to the small group market. Employers are also able to increase their bargaining power and secure more favourable deals. Administrative costs for employers are also reduced through economies of scale. Furthermore, there are more insurance options available.

Much of the money that is said to be saved according to the requirements of the Affordable Care Act that is commonly referred to as Obamacare. The purpose of the rules issued by the Department of Labour was to undermine the Affordable Care Act (ACA) and the Employee Retirement Income Security Act  (ERISA) of 1974. The Affordable Care Act requires that insured plans offered in the individual and small group markets provide a core package of healthcare services. This core package is comprised of ten essential health benefits. The Affordable Care Act, however, does not apply to large employer group plans and self-funded plans. This means that the large employer plans are not required to offer their employees essential health benefits and have greater flexibility to plan the design of the healthcare plan. Association Health Plans fall under the category of more extensive employer plans, meaning that the Affordable Care Act does not apply. Less regulation for Association Health Plans makes them more susceptible to abuse. Furthermore, premiums are not to be based on individual demographic factors.

11 States and the District of Columbia have initiated a suit the United States Department of labour for extending the definition of an employer as stated in the Employee Retirement Income Security Act of 1974. California, Delaware, Maryland, Kentucky, Massachusetts, New Jersey, New York, Oregon, Pennsylvania, Virginia and Washington sued the Department of Labour for overreach and misinterpretation of the law. The states also noted that the Association Health care plans would not offer all the essential health benefits that the Affordable Care Act requires. The rule allows employers to evade the Affordable Care Act consumer protections. The effect of this will be that individuals will be underinsured. The States will then become responsible for those individual costs, or the full costs for those who cannot afford the coverage.

The State stands to suffer considerable economic harm through the use of the Association Health Plans.  On the 29th of March 2019, in the case of State of New York v U.S Department of Labor, U.S. District Judge John Bates called the policy an end run around the patient protections and regulations established by the Affordable Care Act. As a direct consequence of the plan, states also stand to suffer economic harm including the loss of tax revenue and administrative fees that were previously received from small group and individual insurance plans. Besides, insurance companies stand to suffer as Association Health Plans may become large enough to self-insure, meaning there will be demand for group or individual fully-insured health coverage. Group and individual fully-insured health coverage are subject to premium taxes and other fees.

The Judge stated that the Association Health Plan rule “does violence” to ERISA as it deconstructs the law’s emphasis that employee benefits should arise from actual employment relationships. Essentially, Judge Bates ruled that the final rule widens the definition of an employer as the entity that can sponsor employee benefits plans beyond the scope of the Employee Retirement Income Security Act. The ruling by the district judge has been hailed to be a victory that will help ensure better health care for millions nationwide. The rule on association health plans is no longer valid in the eleven states that filed the lawsuit.

The Association Health Plans also face opposition from the American Medical Association and the American Hospital Association. Moreover, It has been argued by finance experts that the rule for Association Health Plans could result in fewer insured American, higher premiums and for those who remain in the realm of the  Affordable Care Act. Consumers are at risk of fraudulent action by the new groups entering the field. For small businesses, this may mean that limited coverage and high deductibles. Such a situation can leave a small business you racing to bring in cash to cover an emergency.

Although the new rule on Association Health Plans widens the definition of an employer, the rule has the effect of undermining previously established employee and consumer protections. As a result, the new rule benefits employers while leaving employees vulnerable to inadequate health coverage.