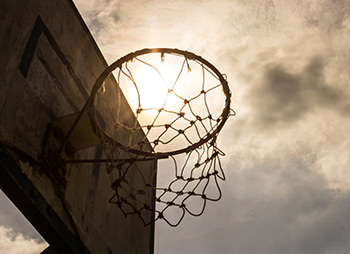 Court UnCourt July 2015 edition debated the need for specialized sports regulation in the MENA region. In this article, Zisha Rizvi discusses the types of property right and role of pirates, property rights of sports’ clubs, type of claims broadcasters would have, global framework of copyright laws, claims that players may have, inter-club claims, royalty aspects, anti-siphoning laws and more.

Sports from couch has undeniably entered every possible household through television, YouTube, Periscope and apps. The sports industry spends millions of dollars in the hope that viewers will not simply watch sports from home but even pay for same in some form.

Internet has crossed boundaries and with exception of few infringers (including online copyright violators) sports industry today is one of the highest fee earning industry. If you are remotely social, you would be aware of the ongoing interest UEFA 2016 championship has garnered amongst masses. Football is considered to be the most global sport. In England, a specialized act of the Parliament- the Football Spectator Act of 1989 (with its corresponding amendments of 1999 and 2000) governs many aspects of the sport. The sport of football itself has evolved in terms of the many serious business opportunities it offers other than just entertainment. Last year, in an independent survey by Repucom it was reported that 20 of the largest European clubs are now sponsored by Middle East airlines making UAE the biggest single investor in the sponsorship of European team football shirts.

The High Court of Justice in London had shed light on this regard in the infamous case between England and Wales Cricket Board Limited and Sky UK Limited (collectively, the Claimants) and Tixdaq Limited and Fanatix Limited (collectively, the Defendants)[i], the Claimants contended that the defendant’s had infringed their copyrights by uploading a considerable number of video clips of cricket broadcasts onto the Defendant’s mobile app. The former owned the copyrights in television broadcasts of majority of the matches played by England’s men’s and women’s cricket teams in England and Wales. Further, the Defendants operated the website www.fanatix.com and its mobile apps. However, the Defendants contented on the defense of fair dealing and also claimed immunity for acting as a mere conduit or hosting. Therefore, the court looked into the ambit of the words ‘fair dealing’ and ‘mere conduit or hosting’ in order to determine the issue of copyright infringement. Consecutively, the court observed that the reproduction of the Claimant’s broadcasts into the app of the Defendant could not be protected by the defence of fair dealing and therefore they had infringed the Claimant’s copyright.

Sports rights can be categorized as those relating to (i) sponsorship rights; and (ii) broadcasting and media rights.

Sponsorship Rights: UAE based Emirates acquired sponsorship rights for Arsenal in exchange for a deal of 900M as per reports. A single multi million acquisition of such rights is required to follow a thorough process of legal compliance while being mindful of the details that go in between the blue ink making the acquisition a worthwhile or disastrous resolution.

Broadcasting rights: they are one of the most lucrative means of earnings from sports, so much so that the revenues surpass ticket sales profits. In terms of these rights, the challenge really is on negotiating the single bundle of right per territory or segmentation of rights as per media like internet, mobile and TV. Broadly speaking, these rights would be sub divided as under:

i Live broadcasting on TV channels;

As a contracting party and the one which would potentially be shelling out fortunes on the deal, the following contractual provisions need to be carefully looked at:

i. Assignment of rights

vi. Transparency and clarity of objectives in drafting

vii. Compliance with regional (as well as international) regulations including byelaws and guidelines 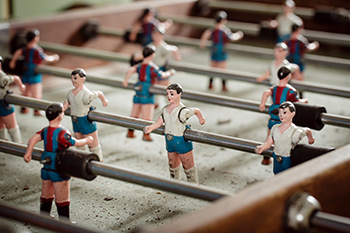 One of the challenges that the industry faces relates to lack of compliance with the guidelines and rules of the foreign jurisdiction. While sponsorship opportunities may sound lucrative, things could fall to the bad soup if due care is not taken in terms of compliance. Each of the regional sports host country may have certain guidelines you must refer to. For instance, the Rio Olympics of 2016 will be governed by the Brazilian Olympic Act (Law Number 12035 of 2009).

Another example of such compliance would be that of the Etihad Manchester City sponsorship deal which was negotiated for a period of 10 years for GBP400M. The deal needed to comply with financial fair play (FFP) rules of the European football regime. FFP stated that that teams participating in the Champions or Europa Leagues must balance their football-related expenditure over a three-year period. However, in terms of loss it will be permissible for the clubs to report UAE Dh237.5M over the three years, falling to Dh158m from 2015/16 and then to Dh52.5M by 2018.

Broadcasting rights are largely protected by the Rome Convention of 1961, where broadcasters have exclusive rights for 20 years to authorize rebroadcasting. Several other considerations like recordings, fixation and communication have been addressed under the Convention. This does not mean that the Convention automatically governs all forms of broadcasting. Many nations may not be signatory to the Convention and will have specialized internal laws.

Within the United Arab Emirates, TRA and National Media Council govern broadcasting licenses in addition to relevant free zones.  Broadcasting is largely governed by the UAE Federal Law No. (7) of 2002 Concerning Copyrights and Neighbouring Rights (the Law). Article 19(1) grants broadcasting organisations the right to grant licenses for the exploitation of their recordings and broadcasting programmes, and Article 19(2) empowers broadcasters with the right to prohibit unauthorised communication of their programmes or recordings to the public. 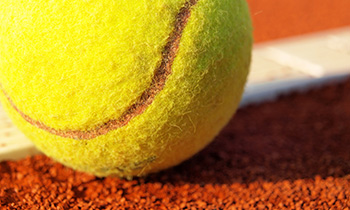 There is no doubt that national legislation may be equipped to handle issues relating to piracy. However, the scale of digital media footprint is so vast that specialized legislation to combat digital piracy will be required if the nations are desirous of promoting themselves in the competitive sports market industry.

‘Unicast transmitting’ which involves the storage of information on internal servers and transmitting individually to consumers is increasing at alarming rate. In similar fashion, the P2P (peer to peer network) where information is exchanged or retransmitted between internet users and the quality increased based on higher number of users is another threat. WIPO reports more than 18,000 cases of digital piracy during the 2010 FIFA World Cup.

Digital content broadcasting and regulation is governed by the UAE Penal Code, the Federal Law Number 15 of 1980 Concerning Printing and Publishing (Publications Law), which in its broad applicability covers television broadcasting, and Federal Law Number 5 of 2012 on Combating Cyber Crimes (Cyber-Crimes Law), which specifically addresses content distribution via the internet.

Last year, the Rulers of Dubai passed the Cabinet Resolution (31) of 2015 the Executive Regulations of Federal Law Number 8 of 2014 concerning the Security of Sports Facilities and Events that provides guidance around the scope of new legal obligations affecting those involved in the organization and hosting of sports events. The scope of the Resolution is limited to venue organization, fan conduct and to some extent on anti-corruption with negligible commentary on digital piracy.

In the wake of new developments, growing facilities, opportunities at the Arabian Peninsula, the enactment of a modern intellectual property legislation aiming to combat piracy will be a welcome step, if all in the pipeline.