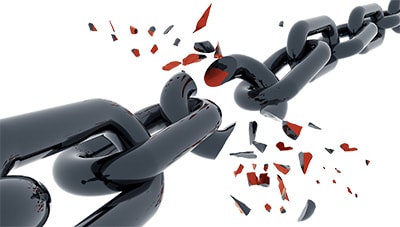 As a general rule, criminal codes punish all those criminal acts preceding the commission of a crime. The liability hereunder is determined by the intention to commit the crime. It is to be kept in mind that, merely thinking about committing a crime does not amount to criminal liability; when an individual engages in acts that further his intentions, such as preparation of the crime, intentional omission, neglect or any such overt act that furthers the intent of the individual to commit the crime, he becomes criminally liable. Domestic and national laws globally, hold individuals liable for agreeing to engage in a criminal act, soliciting conduct and taking measures that would realize the crime. The seriousness of a crime is determined by a cumulative assessment of all acts committed for the purpose of committing further crimes; this, therefore, elevates the liability that is to be imposed on an individual. For instance, for the purpose of committing burglary, a person may have to first enter a property in an unauthorized manner, amounting to trespass or breaking and entering. Therefore, burglary shall be coupled with trespass or breaking and entering, increasing the severity of the crime.

Inchoate crimes may also be referred to as incomplete crimes since they do not directly amount to commission of the said crime but constitutes all such overt acts that amount to participation in a crime. There are mainly three acts that constitute inchoate crimes; abetment, conspiracy and attempt to commit a criminal act.

Attempt to commit a crime is usually separated from actual commission thereof; however, the attempt does constitute some underlying offences. Essentially, inchoate crimes can be scrutinized on the basis of, firstly, intention and secondly, steps that have been taken in order to prepare for it.

Under US law, offenses of general applicability did not recognize attempt as a crime prior to the 19th century; attempts were later made to include attempt alongside conspiracy and solicitation as inchoate crimes. Upon revision of the United States Code, offenses of general applicability now include; attempt, facilitation, solicitation, conspiracy and regulatory offenses.

It is important to note that, intent by itself cannot be considered a crime; it needs to be accompanied by a substantial step or significant conduct.

Such significant conduct need not be penultimate, and it can be a substantial underlying step that leads to an action that would effectively materialize the offence. In order to recognize the criminal attempt, the following requirements must be satisfied:

Failure to realize the crime is an essential prerequisite of a crime because, if a crime is realized, there is no question of attempt; the accused shall be then charged for the offense itself and not the attempt thereof. 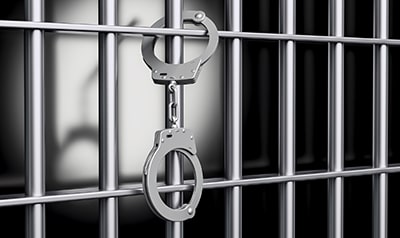 A conspiracy involves an agreement between two or more people to commit a crime, the actions taken may not by itself constitute a crime but the acts must indicate that the persons involved in the commission thereof had conspired with the intention of breaking the law. Unlike attempt, in case of an attempt to commit a crime, a conspiracy is punishable regardless of whether the crime was committed or not.

For instance, A and B plan to rob a jewelry store. In order to commit the robbery, they first scout the premises of the store to assess the security system, once that is done, they then buy guns for committing the robbery. Now, in this case, if A and B are caught before they even commit robbery, they can be charged with conspiracy regardless of whether they actually completed or attempted to do so.

In cases of conspiracy, there is a need for all the persons involved to come to an agreement to commit the crime. This agreement does not necessarily have to be in express terms, and it can be implied from the circumstances that follow. For instance, if A asks B to accompany him to rob the jewelry store, B is not required to expressly say ‘I agree to rob the jewelry store’, he can merely act towards the furtherance of the crime and actively participate in planning the crime.

In some cases, persons who conspire to commit a crime may also be required to commit the actual crime in order to be charged with the commission of the offence. However, charges of conspiracy and commission of the crime are, in most cases, viewed as separate offenses.

Any individual who assists in a crime regardless of whether he has committed the crime shall be held to be an accessory to the crime. The charges of abetment may vary as per the degree of involvement thereof. There are two factors that need to be considered when assessing aiding and abetment; that is, the existence of a principle and an accessory.

The principle is the person who actually commits the crime and is ultimately responsible for the commission thereof. An accessory, on the other hand, is a person who, though does not have any direct involvement in the commission, has assisted the principle to realize actual commission.

Therefore, the elements of aiding and abetting are:

It is to be noted, however, that a person who has accidentally abetted a crime shall not be considered guilty for abetment thereof. For instance, A and B take a hostage in the jewelry store and order him to assist them in filling their bags and escaping, the hostage is, in such a case bound to comply with the direction given by A and B, fearing for his life.

A popular defense to this offense is, abandonment or withdrawal. A person accused of abetting a crime may plead that he withdrew his participation from the crime and tried to do everything in his power to prevent it from happening, now to prove his attempts to prevent the crime from happening he could cite instances where he attempted to notify authorities of the crime or any acts of similar nature.

A defense attorney in such cases can argue on three main grounds:

A defense attorney can plead that the accused was convinced by law enforcement authorities to engage in the crime with a promise that they would not be charged with the crime once the principle is arrested. The accused shall then be required to prove that the idea originated from the authority rather than the accused themselves and that he had no intention to commit the said offense.

The second defense that can be pleaded in this case is that of abandonment or withdrawal from the crime. They may argue that the crime was never completed and that they had withdrawn their affiliation with the principle. For most inchoate crimes the argument of abandonment can be used, except in cases of conspiracy. The defendant herein has to establish the fact that prior to the ultimate commission of the act, the defendant had withdrawn from the commission thereof. In order to prove that, the defendant may have to show that they made active efforts to inform the authorities or tried to stop the commission of the crime. A participant in a crime cannot merely argue that they withdrew from the situation by not participating; they need to clearly establish that the withdrawal was effectuated well before the commission thereof. 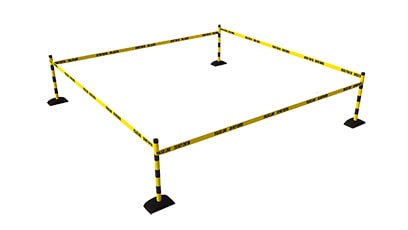 This defense is basically that of mistake. It can be either mistake of law or fact. Now, it is a well-established rule of law that, a mistake of fact cannot be excused because of the presumption that every person is required to know the law. Therefore, one may rely on a mistake of fact. To argue this, it can be said that, if the ultimate offense is not considered to be a crime, then the prosecution of a participant thereof cannot be prosecuted either.

It is imperative to note that the aforementioned arguments are valid; however, they rarely succeed.

Criminal Implications of Perjury An Examination of the UAE Penal Code

Criminal Implications of Perjury  An Examination of the UAE Penal Code Perjury, the crime of lying under oath, is an offence that derails the fundamental goal of the justice system…