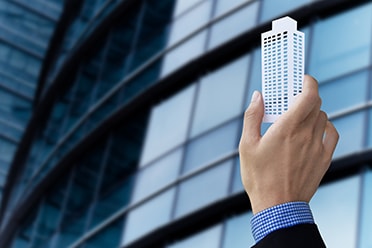 The business environment in Kuwait is dynamic as well as flexible. Kuwait is changing and undergoing a massive expansion in the construction industry, and the new law on companies is providing a more realistic and practical perspective than the previous companies law. The Commercial laws in Kuwait are taking a drastic leap since a couple of years, and it is evident that it is continuing to change.

The economic conditions in Kuwait are robust with the currency ranked as the highest valued globally. Oil and Gas sector, Agro, financial and the real estate sectors are few who contribute heavily towards the growth of the economy. The Government of Kuwait wants to diversify the economy by the creation of non-oil economic growth and better platforms for foreign investors to be able to thrive in the Kuwaiti commercial market.

Kuwait stands in between being an oil-rich company and its tax efficiency for international businesses throughout the Middle East and the GCC. Additionally, company formation in Kuwait is highly attractive since the income tax rate is as low as 15% for foreign-owned businesses.

Under the rules and norms, both foreign individuals and corporate entities can form companies in Kuwait where it is necessary that a Kuwaiti must own it for at least 51% of the shares. The Law of 2003 on Foreign Direct Investment paves the way for 100% foreign ownership in certain sectors. In Kuwait, the popular entities that are formed are the LLC which is owned 51% by a local shareholder unless it is set up in a free zone, or the Kuwaiti Investment Agency approves it is known as the WLL.

The other types of companies that can be formed are as follows:

It is to be noted that in the process of for a business set up in Kuwait, the approvals of the government a specifically the Kuwait Direct Investment Promotion Authority should be obtained. For Company formation in Kuwait, the firm needs to make an application for a business license with the Ministry of Commerce and Industry.

Considering all this, the best option is to partner up with a local Kuwaiti entity or an individual for the business set up in Kuwait.

The most common form of corporate structure in Kuwait is a private company which is easiest to form with a tab on foreign shareholding be at 49%. The only restriction called upon them is that they are limited in conducting banking and insurance businesses or to act as a pure investment fund. These companies have counterparts like the SARLs in France, the German GmbHs or the British private companies. A With Liability Limited Company is easily formed by making an application for an MOA which has to enter. The minimum Capital requirement is 1,000 KD. 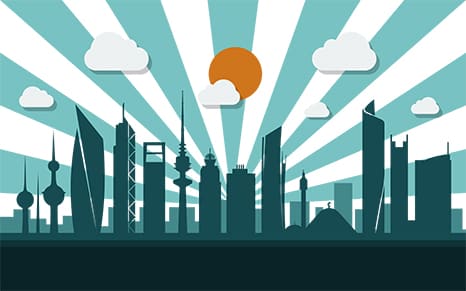 The Joint Stock Company permits easy transfer of shares withholding the same shareholding structure of 49% with the foreign entity. A Kuwaiti Shareholding Company is one of a good option if the foreign entity intends to go in for an initial public offering or in case, they are looking for third parties interested in investments due to easy transferability of shares. One thing to keep in mind is that one has to obtain an Amiri Decree for launch opening a shareholding company in Kuwait. An Amiri Decree is a decree of an Emir or one of his representatives which is generally in Bahrain, Kuwait, Qatar, and UAE.

Foreign entities can set up business as a branch company once they receive permission from the Kuwait Direct Investment Promotion Authority. Under Kuwaiti Companies Law, only nationals of GCC members are allowed to fill in this role.

A JV company set up in Kuwait is formed by a venture of two or more natural or legal persons. This kind of venture has no legal existence and does not need to be entered on the record of the register of the Ministry of Commerce and Industry. The objects aims and terms of the JV are explicitly defined in the contract. These kinds of businesses are generally used to carry out construction projects like power plants, etc. The business under the JV can be conducted under the trade license of the Kuwaiti national in case it involves a foreign partner.

The Law No. 36 of 1964 regulates the commercial agents engaged in the business of promoting products and the distributors who are involved in the promotion, import and distribution of the products as well as the service agents which are appointed by foreign entities who intend to engage in government contract works.

The potential company has to make an application detailing all the company’s shareholding and the information required by the Ministry of Commerce’s along with the business owner’s identity card and a certificate from the Social Security Authority to act as an evidence that the local partner if not a civil servant and a copy of the lease agreement.

The following documents will be notarized by a public notary to complete the incorporation:

After the online application and the support of the same, the background check will be followed by the Ministry asking to reserve a name for the Company. After which the department will ask for approvals for the deposit of the company’s paid-up capital at the bank. These funds are held frozen until the incorporation is completed.

Submission of the MOA: 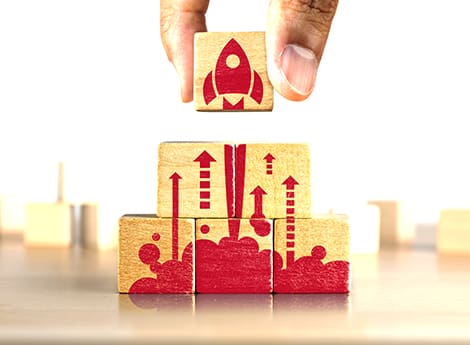 Then the memorandum of association has to be submitted to the department of companies, where after the finalization of the draft, a letter will be issued which will authenticate the incorporation of the company.

Membership at the Chambers of Commerce:

Abu Dhabi Company Formation in TwoFour54 Free Zone Introduction TwoFour54 free zone is located in the Emirate of Abu Dhabi. Being the capital of the UAE, Abu Dhabi is highly…

Seychelles Offshore Company formation Established in the warm cerulean waters of the Indian Ocean safely outside the cyclone belt, Seychelles is a standout amongst the perfect environment. With 115 islands…

Company Formation in Ras Al Khaimah Economic Zone The Northern Emirate Ras al Khaimah (RAK) is the most northerly of the Emirates within the UAE, and while it is not…

Company Formation in Sohar Port and Free Zone The Port and the Free Zone Located on the northern coast of Oman, Sohar is a city with quite a colorful past.…