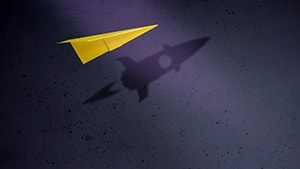 Abu Dhabi, being the capital, also houses numerous government entities and essential offices within the city. In fact, all federal government offices are there. The World Bank, as of 2018, voted Abu Dhabi the No. 1 in the Arab world for ease of doing business. On top of this, the infrastructure of the city is highly advanced, and this compliments many companies and their activities.

Beyond the business advantages of setting up a company within Abu Dhabi, the city itself allows for high living standards and has been voted the safest city in the world and also one of the happiest of cities in the world.

Dubai may be the face of the country, though this creates a highly competitive environment which certainly won’t help newly arising entities. Abu Dhabi on the other hand, while by no means empty or uncompetitive will have the advantage of being so large, making up 87% of the country’s total land area. The population, however, is not equivalent to this land mass size, as fewer people are living in Abu Dhabi than in Dubai.

Of course, any location within the UAE would be useful from a global standpoint due to the country's geographical location. Being optimally placed at something of a crossroad between the east and west, access to the worldwide market, especially when one looks at the airports and other such infrastructure is a significant draw.

There are a few free zones within Abu Dhabi, and one of the most popular is TwoFour54. This free zone prides itself on its low set up costs and optimal central location. Company formation is relatively simple and is as follows.

The free zone location is quite central in the Emirate, with good access to critical official offices and sites. With the free zone having arisen in 2008, it is highly technologically in tune, and from an infrastructural point of view, it provides the best infrastructure, ease of doing business, and simplified procedures.

All free zones have some form of specialization and TwoFour54 is no different. They cater to media entities, and this makes TwoFour54 the most significant media free zone authority in Abu Dhabi. Some of the biggest names found in the industry call TwoFour54 their home, and this should stand as a great testament to the quality of their infrastructure and work ethic.

The Media Zone Authority – Abu Dhabi, regulates the more official matters of the free zone such as the licensing processes and regulatory development. It is their responsibility to ensure the 2030 economic vision of Abu Dhabi becomes a reality, at least as far as they can help to achieve it from their end.

The first thing that requires consideration when setting up a company within the free zone is just what type of company the individual wishes to form. There are a few types that are available and mentioned, and these are as follows: 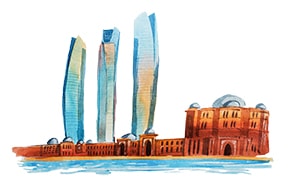 There are many incentives and draws to set up within TwoFour54. Some of these include:

The process is time efficient and also cost efficient with no minimum required for visas, and office spaces available at better rates than can be found anywhere else and provide media entities with all of the facilities that they could desire.

Investors considering business setup in Abu Dhabi TwoFour54 Free Zone must be aware of below matters which require consideration. The table following shows some of the most critical factors: 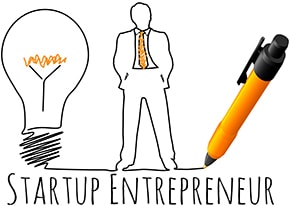 Is this the Right Free Zone for you?

TwoFour54 has now been around for ten years, and as such, it has plenty of experience; this should provide comfort to any who may wish to open a new company or branch of a company there. At the same time, the costs of setting up such as requirements and office space are very reasonable, and the facilities provided are top of the range.

The location of the free zone is optimal within Abu Dhabi, and there is also the matter of personal life outside of work. If the allure of Dubai is what draws one to the UAE, TwoFour54 may not be able to appease you. However, Abu Dhabi is still a bustling location and provides an excellent opportunity to set up a company. Get in touch with our team of lawyers in Abu Dhabi to learn more about this free zone, its regulations and the procedures.

Seychelles Offshore Company formation Established in the warm cerulean waters of the Indian Ocean safely outside the cyclone belt, Seychelles is a standout amongst the perfect environment. With 115 islands…

Company Formation in Ras Al Khaimah Economic Zone The Northern Emirate Ras al Khaimah (RAK) is the most northerly of the Emirates within the UAE, and while it is not…

Company Formation in Sohar Port and Free Zone The Port and the Free Zone Located on the northern coast of Oman, Sohar is a city with quite a colorful past.…