Did you know that the concept (and architecture) of the Dubai World Trade Centre was influenced by the then, World Trade Centre in New York? After the consolidation and formation of the seven Emirates in 1971, the UAE was looking for an opportunity to facilitate economic growth and development in the midst of its deserts. Their idea was simple: to provide a platform (that was efficient enough) for the investors from around the world so that they would invest in a desert. And their motive was to take advantage of the strategic location of the country, along the Arabian Peninsula. But investors would not be incentivized by location alone. They needed something more; something that would provide domestic investors with an international infrastructure and would gain international recognition effortlessly. The World Trade Centre (in New York) was one of the most traditional symbols of Western commercial markets at the time. Ergo, they decided to construct something similar in Dubai to build the Emirate as the hub of the growing corporate trend. And the United Arab Emirates’ tallest tower (the Dubai World Trade Centre) came into existence. It was a symbol that the country was aligning itself to be a recipient to the (then) growing corporate culture and had proved to the world that UAE had the means to achieve the same. Dubai only took an idea and made it better, and that is perhaps one of the reasons why investors from across the globe decided on company formation in Dubai.

In a similar context, the concept of free zones was also not familiar in the Middle East; although the growing number of free zones and inflow of investors may opine otherwise. The Shannon Free Zone in Ireland was the first free zone in the world. It was established in as early as 1959. But why did they the Irish come up with such different concept this time? Believe it or not, it was to support the operations of the Shannon Airport. In the 50s, most of the activities of the Shannon Airport was relying on flights that would halt for refueling before proceeding to the United States and passengers would have transit flights to other parts of Europe. This element reduced the importance of the airport and Mr. Brendan O’ Regan (the Airport Director at the time) knew the airport would soon be closed down if commercial flights would be routed elsewhere for transit and refueling.  Therefore, he came up with an ingenious idea to boost the operations of the airport: building an economic zone to attract investors by providing tax reductions and better infrastructure. Unlike today, where the proximity of airports to free zones acts as a catalyst to boost free zones’ operations, Mr. Regan’s idea was the opposite. This simple, but a strategic view, led to the establishment of the world’s first free zone and as a source of inspiration to the hundreds of free zones that were yet to be established around the world.

Decades later, even today, the free zone is one of the leading sources of FDI (or foreign direct investment) in the country and is the home to hundreds of companies from around the world. The free zone facilitates investment in varied sectors and employees around eight thousand employees today. Mainly, investors in the following areas set up their companies in Shannon Free Zone to take advantage of the tax incentives:

I.          Trading (including ancillary or secondary trading); and

II.    Aviation companies – businesses that deal in aircraft maintenance. They prefer this free zone since it reduces the need to have a separate runway for planes. The Free zone has building and land next to the Shannon Airport runways and hence, provides easy access to aviation companies);

III.  Commercial industries – companies whose activities range from telecommunications and software development to insurance and finance. 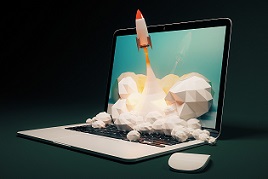 However, companies invested in trading activities and looking to establish themselves in the free zone should obtain approval from the Ministry of Finance that such trading activities would uplift the development of the free zone itself. The Free Zone is also one of the top choices for companies in the manufacturing industry (due to the availability of developmental buildings) and companies that wish to establish a distribution office for their European operations. The Free Zone also houses approximately 170 acres of serviced buildings and sites for investors who intend to commence their activities at the earliest without any delay of having to set up an office and setup utilities. The Shannon Free Zone is spread over six hundred acres of land and currently has over two hundred buildings that are available to investors in different types of leasing agreements. Both domestic and international companies also prefer the Shannon Free Zone to hold ownership of intellectual property considering the free zone’s ease in the business formation and to separate the intellectual property from the parent company’s operations. Companies in the free zone are also exempted from value-added tax on imported goods, including raw materials if seventy-five percent (75 %) of the end product (or manufactured product) is exported further. The free zone also provides an exemption for companies that ship goods from the free zone to countries outside the European Union and does not limit the duration for which the company can hold the imported goods before disposing of (or exporting) them. This provides investors in the import and export industry with much relief considering the dynamic characteristics in imports and exports. However, companies in the free zone should pay 12.5% as corporate tax. The amount of corporate tax was as low as 10 % till 2005 when the corporate (business) tax was increased and standardized for the entire country. Believe it or not, this is not it. Companies that intend to conduct research and developmental (R&D) activities prefer this free zone due to the grants (provide by the free zone management) and twenty percent (20%) tax credit eligibility. But it is pertinent to understand and analyze whether a company is eligible for these tax incentives. The free zone estimates this eligibility of a company based on the proportion of goods that are exported by the firm and the number of employees in the enterprise. STA’s team of company formation associates are well-versed with the laws and eligibility criteria of the Shannon Free Zone. Further, international, as well as local, investors are advised to take the assistance of a law firm that provides bespoke legal advice before initiating the company formation process to ensure that they do not face any regulatory hurdles or compliance issues in their operations.

The free zone’s ability to provide investors with the opportunity to maintain raw materials and inventory at a substantially low rate has elevated the free zone’s popularity in all the continents. American companies that wish to have a presence in Europe have rushed to this free zone ever since its establishment. The Shannon Free Zone is much similar to the Dubai Airport Free Zone in the UAE since it is adjacent to the airport and ability to cater the need of investors to numerous industries and sectors. The free also houses a business, food industry and innovation centers along with dedicated incubators units to provide specialized infrastructure to different types of companies. Please contact our lawyers in Dubai if you need any specific information pertaining to your industry requirements.

Even after all these incentives and provisions provided to investors, the free zone’s production capability has not been affected. For example, companies established in the free zone collectively produces billions of Euros in revenue at an annual rate, and their profit margin is elevated due to the tax incentives. This provides them with the opportunity to invest further in their operations, and the margin of retained earnings is higher. The Shannon Free Zone is managed, owned and developed by the Shannon Development. This authority also succors in the development and expansion of companies by providing them with the following types of grants depending upon the activities of the business: (i) capital grant, (ii) Research and development grant – as mentioned above, (iii) employment award, and (iv) training grants. The exemption on tax also incentivizes international companies that rush to the free zone to establish their presence on the European continent at the time of distributing profits (i.e., capital gains tax). Therefore, multi-national companies that operate on colossal levels save a huge chunk of money in this regard. Investors look at the free zones in different countries with a different perspective. For example, in the UAE, free zones are mainly relied upon to overcome the ownership regime that caps foreign ownership at 49% in the mainland. Whereas, in countries in such as Ireland, the primary function of the free zones is to provide investors with a tax-incentivized regime that facilitates the flow of foreign investment into the country.