Intellectual property is an intrinsic part of the modern economy. We have discussed trademarks in all forms be it color or smell, discussed copyright and its infringements; and highlighted the importance of having a claim over one’s work product or invention. This article discusses patients with a focus on software patents. No matter where you look, there is a computer performing an activity, yet we observers rarely pay due attention to the actual technology that makes this machine work. In the dynamic world of regular upgrades to make machines faster, more efficient and quicker at their functions, international software patent laws have become more pertinent.

With the technology boom, every economy established its own patent offices and governing laws. A software developer who had created new software would have to apply for a patent to protect his invention and comply with local laws. Simply put, patents are supposed to give an inventor an exclusive license for his idea. As the industry evolved and globalized, several agreements were drafted and ratified to resolve regional differences and make the process of protection more uniform. The World Intellectual Property Organization (the WIPO) is a specialized agency of the United Nations that was established in the year 1967. Its primary function is to promote the protection of intellectual property globally. The WIPO currently oversees 26 international treaties which pertain to its core function. The year 1995 saw the advent of the Agreement on Trade-Related Aspects of Intellectual Property Rights, better known as TRIPS, to bring together the patent laws across the world to limit the barriers in trade. It is interesting to note that despite this action for uniformity, each nation retains a different take on technology that can or cannot be patented and this is highlighted specifically in relation to software patents.

The United States has a liberal perspective when it comes to software patents while Europe has continued its conformist view. The European Patent Office issues the European patents which are inadvertently binding on all member nations though it is interesting to note that each country continues to maintain its own patent office that complies with its local laws. With the inception of the European Patent Office, experts are of the opinion that the local laws of member nations are continually becoming irrelevant.

The initial step in getting a patent is to file an application to the relevant authority. In the United States, the person filing a patent must be the inventor. In contrast, their European counterparts consider the applicant to be the inventor. The European system believes that this would encourage inventors to share their inventions at the earliest. In the United States, the patent office is the main challenger of all applications and will oppose any contradictions themselves. On the other side of the pond, any person or organization can oppose a patent application. These oppositions are handled by a special office within the Patent Office. In essence, this implies that since everyone is given an opportunity to invalidate or question a patent claim, a patent granted by the European Patent Office generally carries a higher level of validation. It is interesting to note that the application of a patent in the European Union automatically ensures the publication of the invention. The Paris Convention expressly states that any person who has filed a patent application in any country will enjoy the first right of priority when making an application in any other countries for the first twelve months since the initial application. If the patent is granted and the twelve months have elapsed, the patent is then barred in the United States until a further application is made to the United States Patent Office. This can cause specific hindrances for an inventor as once the patent is applied for in Europe, the invention has been published and therefore the inventor only has a period of twelve months to file an application in the United States Patent office without certainty as it is likely that the publication of the invention has deemed it evident.

With the advent of the TRIPS agreement, the term of the patent was adjusted from its initial seventeen years to twenty years in the United States. The term is valid from the date of filing of the application. This is consistent between the United States and Europe with some countries in Europe having to adjust their terms in accordance with the TRIPS agreement and the terms of the European Union. It is imperative to note that a patent in the European Union is more like a bundle of patents for each member country rather than one. The applicant is required to file applications with patent offices of each member country where the patent is being sought but a member country’s patent office cannot deny an application once the inventor has received a patent from the European Patent Office. 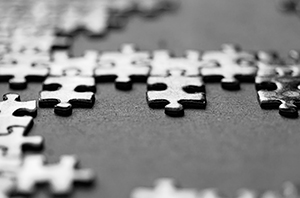 Not so long ago, the United States’ Supreme Court was of the opinion that software was mathematical formulae which deemed it non-patentable. This view was reversed in 1981 in the landmark case of Diamond v Diehr, where the Supreme Court held that a patent could not be withheld just because it contained mathematical formulae and that the invention should be considered as complete work product. In the 1998 matter of State Street Bank and Trust Company v. Signature Financial Group, the United States Court of Appeals held that it is essential to determine the practical usability of an invention. In the following year, the court held that software algorithms could be patented as they were specifically created for a specific purpose and for definite tasks for a computer to perform. In Europe, the Patent Office Appeal Board in a matter filed by Viacom (a California-based entity) ruled that if the fundamental idea behind an invention or software is a mathematical formula or algorithm; the invention is not seeking protection of the mathematical formulae but essentially its function.

In Europe, there has been an ongoing debate regarding computer software and whether they are considered patentable due to Section 52 of the European Patent Convention. This states that having a technical character is an absolute necessity which must be met by an invention to deem it patentable. The Convention states that methods only involving economic ideas or employing economic ideas cannot be considered to be inventions and thus cannot be granted a patent. In recent times, the European Patent Office has expanded the analysis of section 52 and thus there has been a  number of software that has been granted patent by the office. Several decisions of the European Patent Office such as T 769/92 ("Sohei case") show that software and software-related inventions are not excluded from patent protection merely because they do not sufficiently fulfill the requirements of Section 52. It is worth mentioning that a vast preponderance of software patents at the outset was not granted to companies based in Europe but the majority to companies from the United States or Japan.

To conclude, it would be essential to notice that whilst some differences remain, such as the application procedure, most of the decisions and consideration behind the patentability of software in the United States and in Europe is fairly consistent. One must understand that software and software-related technology is being advanced so frequently that it may take some time for either of the two regions to catch up.