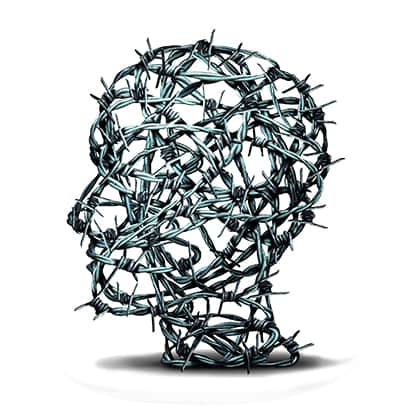 There are many different terms and concepts in criminal law; one of the most interesting is automatism. Automatism negates and could avoid criminal responsibility. The term automatism is used in Criminal law to describe behaviour that occurs when a person is unconscious to the fact that the act is taking place. There are two types of automatism. In order to accurately understand the principle of the term mentioned above, it is necessary to distinguish the definitions of the concepts of insane automatism and non-insane automatism.

First of all, insane automatism according to the criminal law is mental illness, due to which the defendant is unable to understand the actual character or social danger of his actions, cannot control his actions, unable to understand, that what he was doing was a wrongful act in accordance to the law.  The person is recognized as an insane, when he cannot distinguish fantasy from reality, failed to know right from wrong. In essence, the person is incapable of understanding whether the repercussions of his actions are good or bad as well as what consequences he may face for the same, in certain cases.

In most of the states, there is a medical treatment for an insane person. For example in Criminal Code of the Russian Federation Article 21 p.2 states that it is necessary and compulsory to hold a medical treatment as it has been envisaged in the Code, and the same may be imposed by the Court of law towards a person who has committed an act which is socially dangerous in such state of insanity. The insane person is not subject to criminal responsibility.

There are different ways to determine insane automatism. Depending on the jurisdiction of various states, courts use one or a combination of the following tests for legal insanity:

TESTS FOR LEGAL INSANITY IN COURT

This Rule basically means that the defendant in such case does not understand at all what he or she has done. In essence, the person fails to distinguish the wrong from the right, which is, in fact, the result and consequence of a diseased state of mind.

Under this rule, it is said the person who is accused of a certain act of crime in fact such a person, who due to a mental disease does not have control over his actions, hence, unable to control the impulses, the consequence of which is such person engaging in an act which is criminal.

Under this rule, regardless or irrespective of relevant clinical diagnoses, it is said that it was the mental defect of the defendant which lead to the criminal act, and the same is directly related to the mental unstable health/defect of such person. 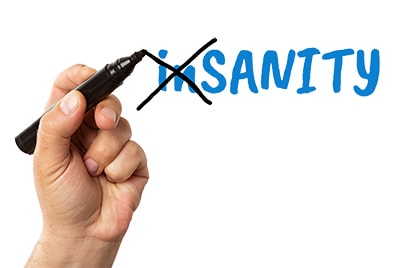 According to this rule, upon diagnosed mental defect, it is said that the defendant has failed or was incapable of understanding the criminality of his or her action. Additionally, that such person was hence, unable to adhere to the laws and thereby act in accordance with the law.

After numerous years of practice, the judicial system has developed many ways in order to successfully determine whether automatism took place in a particular case.

Next, let us analyze the concept and definition of non-insane automatism according to the Criminal Law. The best and most understandable definition of non-insane automatism is contained in a case of Lord Denning who defined it as «an act, which is done by the muscles without any control by the mind or an act done by a person, who is not conscious of what he is doing.

In order to recognize non-insanity, there is a requirement that the defendant has no control over his body parts, and in cases where the defendant have some control, the defense will fail. Such kind of failure was mentioned in Broome v Perkins (1987) 85 Cr App R 321, where a diabetic person suffering from a hyperglycemia attack was charged with driving without due care and attention. He had some control over his body, so the defense failed. The Court held that automatism basically implied the involuntary movement of the limbs or body. Additionally, whether this has happened is a question of law that requires to proven by way concluding evidence. In the circumstances, the Court refused to believe that a car could have been driven for miles without actually having some degree of control. It must therefore be concluded that for parts of the journey defendant's mind was controlling his limbs and that thus he was driving. Therefore, the automatism defense was not applicable.  In this case, we can see that if the person has the ability to control his actions, that type of case could not be recognized as non-insane automatism. The defendant had driven a car in an inappropriate way for almost five miles, during this period he was involved in an accident. Court did not accept that a car could have been driven for five miles without some control of a driver. Therefore, it could be concluded that the mind was controlling body parts and the non-insane automatism defense was not applicable.

There is another interesting case, where the non-insane automatism was appropriate is Case of R v T [1990] Crim LR 256.

One of three defendants, in this case, was charged with armed robbery. Upon arrest, the defendant was able to recall only parts of the events that had occurred. It was several days later that is found that she has been raped three days before her arrest but that she has not reported the same.

Whether the defense of non-insane automatism was applicable? Whether the fact that the defendant was raped before was an “external factor” that caused a malfunction of the defendant's mind?

Previously, there was no case where an incident of rape was considered an “an external factor” causing a malfunctioning of the mind. However, rape was an external event which would likely, rather indubitably, have an appalling effect on an average person, and hence, satisfied the necessities of an “external factor”. The court considered that the defendant had been acting in a “dream”, which could be considered as non-insane automatism. The case of R v Rabey (1981) decided by the Ontario Court of Appeal was distinguished and differentiated on the basis that the particular external factor comprised nothing more than the “ordinary disappointments and stresses of life”, whereas defendant had suffered a severe assault, which would have affected any ordinary person.

The last example, which demonstrates a refusal of Court to recognize non-insane automatism is Case R v Burgess [1991] 2 WLR 1206.

The defendant visited a woman to watch a video in her flat. While watching the video victim fell asleep on the sofa. She was awoken by the defendant. He smashed a bottle over her head. Before she could stop him, he took video recorder and brought it down on her head causing cuts and bruises. At the trial, the defendant provided expert medical evidence that he had been sleepwalking at the time of the attack of the victim and that the defense of non-insane automatism should be put before the jury. And the jury found him not guilty by reason of non-insane automatism.

After that, The Court of Appeal dismissed the defendant’s appeal. Lord Lane CJ considered that this «disease of the mind» connected with «internal» cause. 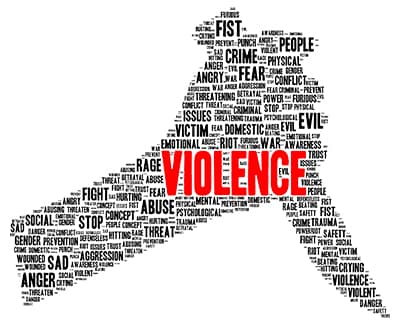 Also, Lord Lane stated, that he accept that sleep is a normal condition, but the evidence in the instant case indicates, that sleepwalking, and particularly violence in sleep, is not normal. Consequently, based on the evidences, the judge was right to conclude, that this was an abnormality or disorder, because of an internal factor, which had manifested itself in violence and which might recur.  This is one more case, which clearly demonstrates that, for example, the sleepwalking was violent and had a possibility of recurrence, so it could be considered a form of insanity. Thus, the appeal was subsequently denied.

In accordance with the facts stated above, examples, principles of non-insanie automatism, it can be concluded, that in some cases the defendant is not responsible for his actions in accordance with the law. Many criminals tried to prove that non-insane automatism took place in order to avoid punishment. But now judicial practice can clearly recognize, who is not conscious of what he was doing, and who wants to avoid penalty.