“Home ownership is the cornerstone of a strong community.” 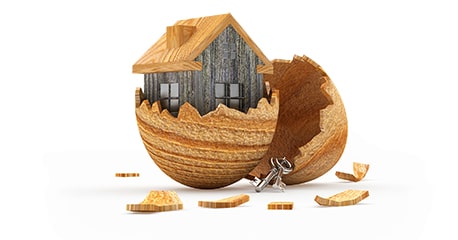 On the bright sunny morning on 9 November 1987, the United States District Court (E.D. Virginia - Alexandria Division) ruled on a very important question in the real estate sector at that stage – the validity of third-party claims when there is no evidence of secondary liability [117 F.R.D. 576]. This case was filed by the Watergate Landmark Condominium Unit Owners’ Association who were grossly discontented by certain construction works that were done on the balconies by Wiss, Janey, Elstner Associates (engineering firm), and Legum & Norman Realty (real estate management firm). The topic of this article is not simply the validity of such claims, but the legal standing itself of owners’ associations to file claims against third parties. Ergo, we would rather cut to the chase in the abovementioned case and inform our readers that the court ruled that claims against third party entities are permissible only when the third parties would be liable to the first defendant in cases where the first defendant is held liable to the claimant. As an individual, many amongst us consider the ownership of a permanent home as a personal milestone. Be it an apartment or a house within a community, the joy of having a permanent space within a property is nothing short of unparalleled. Living in such a community has its own set of benefits, with the inclusion of having access to various common areas that can be utilized as and when residents wish to do so. It is a common practice in such communities to establish an owner’s association in order to maintain and manage common areas of the community, wherein the association will be tasked with catering to issues such as security, enforcement of rules, maintenance and engagement with relevant authorities.

Being a part of the Owners Association necessitates a payment known as the annual service charge, which will be utilized for the maintenance and preservation of the community. In Dubai Law Number 27 of 2007 was introduced as the Strata Law, to establish the regulations with regards to the ownership of jointly owned real property and the establishment of an owner’s association. The reason for beginning this article with this case was to illuminate the readers of the rights of owners’ associations to file cases. We all know that only legal persons have the right to sue or be sued. According to the Law Number 27 of 2007, once the sale of the first unit of the Jointly Owned Real Property is registered in the Property Register of the Dubai Land Department, an Owners Association will be legally constituted, which will comprise of the owners of the units in the Jointly Owned Real Property (and the Developer, in the case of unsold units). Some of the features and responsibilities of an Owners Association are:

The Strata Law further mentioned that the Chairman of the Land Department is empowered to issue further resolutions and bylaws that are deemed necessary for the implementation of the provisions of the law. In accordance with this provision, in April 2010, the Chairman of the Land Department issued the Implementing Regulations of the Strata Law. It must be noted that this was issued as a series of ‘guidelines’ rather than ‘regulations’. These guidelines were split into the following:

The Legal Status of Owners Association

According to Article 18 of Law Number 27 of 2007, the Owners Association is to be a non-profit entity with a separate legal personality that is independent of its members. Furthermore, it may sue and also be sued in own name and also take ownership of any movable property. Article 21 of the same law further states that for the purpose of management, operation, maintenance, and repair of Common Areas, the Owners Association is required to obtain a relevant license from the Land Department.

Since the Implementing Regulations of the Strata Law were issued as mere guidelines and not regulations, it has led to the following challenges:

Such uncertainties have led to questions being asked about the effectiveness of the Strata Law, as one of the cornerstones of the law is the establishment of an Owners Association and how it manages the Jointly Owned Real Property, independent from the developer.

The Merriam-Webster Dictionary defines a ‘legal person’ as a body of persons or an entity (as a corporation) considered as having many of the rights and responsibilities of a natural person and especially the capacity to sue and be sued. But is an owners’ association a legal person? The laws pertaining to and surrounding owners’ associations and jointly owned properties are substantially different in each jurisdiction. This depends on various factors such as the history of ownership rights in the locality, fundamental rights of the country, the legal standing of organized and unorganized (registered and unregistered) bodies etc. Let us move on and discuss the status quo of this subject in the Emirate of Dubai. H.H. Sheikh Mohammed bin Rashid Al Maktoum recently announced the implementation of Dubai Law Number 6 of 2019 regarding the joint ownership of the real estate.

What is an Owners’ Association?

This implies when you buy a condo or house in a structure or network, you become a member of the owners’ association. What's more, that requires an installment of what is known as the annual service charge, for the support and upkeep of the standard zones of the community or the building. Owners’ associations oversee, control and direct the common areas for the benefit of the considerable number of proprietors of a property, including matters like enforcement and authorization of statutory guidelines, network or building principles, support and upkeep, and security. They likewise assume property management in the facility, just as vital monetary administration required to release their job dependably. Why funds, one may inquire? Since properties need extensive money related duty to keep up and improve over their maturing life cycle.

The owners’ association is generally represented by a leading group of five to seven chosen unit owners, who work intentionally for the advancement of their locale. It is going by an owners’ association chief, who might be a proprietor acting in a willful limit, yet there is a developing pattern for naming owners’ association supervisors from an expert organization authorized and enrolled by the Real Estate Regulatory Agency (the RERA).

RERA assumes a significant job regarding the administration and directs the connection between parties, including proprietors, landowners, designers, proprietor affiliation the board organizations and owner association management companies and specialist co-ops of offices in a land improvement or undertaking.

The latest execution by the Dubai Land Department is as two circulars. The first circular was given on 26 February 2014 for every one of owners' associations, being Circulation Number 1 of 2014 on Regulating Service Fees Claims. The second circular was given on 10 March 2014 for property engineers, being Circulation Number 2 of 2014 on Establishment of Owners Associations.

The Common Properties Law Number (6) of 2019 which has come into effect on 19 November 2019 brings about certain key changes under this law. Under this law, the developers in Dubai shall no longer be allowed to collect service charges from property owners. In other words, property owners or their approved property management companies shall assume all collection responsibilities. These collected funds essential go into the seven (so far) approved banks under this law. Additionally, in accordance with this law, all “fractional ownership” properties in the Emirate of Dubai must have owners associations as well as property management companies that act on their behalf. Dubai Land Department, through RERA, has launched an online system called “Mollak”, which means ‘owners’ in Arabic, to essentially regulate jointly owned properties, monitor payment of service charges, to name a few. Additionally, Mollak also provides an integrated and new system to monitor and maintain accounts that are related to service charges whilst providing support services to all individuals/parties that are involved in jointly owned properties in the Emirate of Dubai. 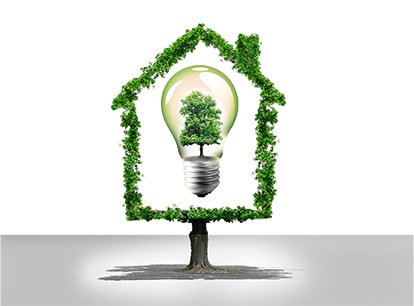 Existing law in many states sees the connection between owners’ association and an owner as being similar to the connection between a landlord and tenant. As a landlord, the owners’ association is considered answerable for the upkeep of those regions over which it practices territory and control. In a typical intrigue network, these zones will for the most part be the ‘common areas’, ‘normal components’ or those zones outside of the individual units yet inside the basic intrigue network. Several areas where owners’ rights have been documented by multiple appellate courts from across the jurisdictions:

Defective Handed Over Real Estate Units As Winston Churchill once said: “Land monopoly is the mother of all monopoly”. Decades later, this statement has still proven to be accurate…