Personal Injury Laws in the UAE

Personal Injury Lawsuit in the UAE 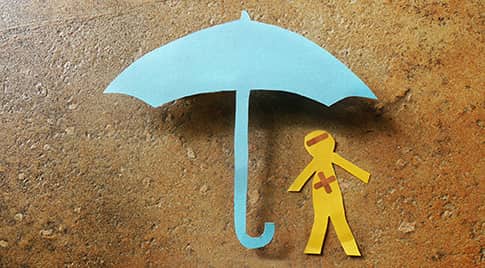 Ubi jus ibi remedium –legal maxim meaning, "where there is a right, there is a remedy", is the basis of the principle of personal injury liability or so famously called tortious liability. One among the many accepted and acclaimed definitions of "tort", as postulated by Sir John William Salmond, a very proven common law jurist is as follows: "A tort is a civil wrong which attracts the remedy as a common law action for unliquidated damages and which does not exclusively constitute the breach of a contract or a trust or other merely equitable obligation".

Liability under tort can erupt from the breach of a duty that is primarily fixed by law, and such a breach of this duty is remedied through an action for unliquidated damages. The law of tort focuses on dissuading and stopping persons from infringing the rights of others and also compensates those whose rights are infringed and have suffered a civil wrong as a consequence of the wrong-doers acts or omissions.

In one sense, torts can be treated as what could be compared as civil correspondent of a crime since each would require a specific standard to be watched, and a break of the 'code' would prompt results. Tortious conduct may entitle the person who has been wronged or whose rights are infringed to compensation or some other cure, while criminal conduct would commonly prompt punitive measures. The difference between a civil wrong and a crime is basically one of degree. In tort, while the 'person in question' is allowed to choose if a private action or remedy is to be sought after or not, a crime is viewed by the general public as bad behaviour of an outrageous nature requiring punishment.

The Civil Code states that individual commitments or rights will emerge out of person's temperament, legal events and law, and the eruption of such obligations will be out contracts and acts causing hurt (torts). Any damage done to another will render the wrong-doer, however incapable he may be of discretion, obligated to make the wrong good. The Civil Code predominantly aims to guard reputation, personal security, property, and economic, monetary interests of people.

In the UAE, the principle guiding the cases of personal injury is mainly accommodated in Federal Law No. (05) of 1985 (the "Civil Code"), under Articles 124, and 282 through 298. Below mentioned are some of these Articles worth giving a look.

Article 124 of the Federal Law No. (05) of 1985 states that the obligations or personal rights erupt out of legal acts and commissions and the sources of such obligations are as follows:

“Any harm done to another shall render the doer thereof, even though not a person of discretion, liable to make good the harm.” 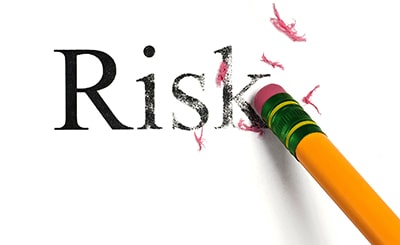 The expression "harm" is utilised as a general term, and means numerous activities, for example, an "unlawful activity", an "act in contradiction to the law", a "harmful act" or such an act "that is prohibited by law". Determining whether an activity amounts to "hurt" falls totally to the interpretation of the judge. The obligation that no person causes harm to another gives rise to the principle that that every prudent man has to take care of his action- this is the set standard of care.

Article 282 of the Civil Code implies that there must be an act, though positive or negative which must also cause some harm, and there should exist a causal relationship between the two. All and each of these components must be proven by the person claiming so to be perceived as a harmful act by the Dubai Courts.

Even if stated that the Claimant shall prove the said "harmful act", it is totally at the will and interpretation of the judge to decide if certain acts amount to "harm" or not.

"In all cases, the indemnity shall be assessed according to the amount of harm suffered by the victim, together with the loss of profit, provided that it is a natural result of the harmful act.”

Any evaluation of "hurt" by the Dubai Courts will be based on the measure of damage endured by a Claimant. Article 292 of the Civil Code clarifies that a Claimant can file for damages suffered and profits lost if the loss so suffered is accrued out of the harmful act.

Regarding the actual evaluation of harms, Article 292 of the Civil Code does not give a particular direction to the Courts to consider in deciding the sum (if any) of the harms to be granted. This is also being reaffirmed by the Court of Cassation: "since the law does not give any criteria to evaluate the compensation, such evaluation fully depends upon the will of the Court". It has likewise been built up that "the Court isn't required to pursue a mathematical mechanism to evaluate the quantum of damages."

It would be equally important to indicate the heads of damages that the aggrieved party can claim compensation under. Even if it is mentioned that it is totally to the discretion of the Dubai courts to decide and evaluate the quantum of damages, previous cases indicate Dubai courts follow some categories of losses and award damages accordingly. These can be as follows:

Physical harms with regards to medical injuries are interpreted under UAE law as "bodily injury". Bodily injury is defined to be all those activities that affect the health of a human being in any manner.

And thus, such harms that are accrued due to such bodily injuries are termed to be Material Harms.

Both material and physical harms can possibly be granted by the Dubai Courts.

Even though physical and material harms are firmly connected, they are viewed as different in regard to compensation. When physical harm is proved, it very well may be compensated for regardless of whether a Claimant has or has not suffered any material harm because of the physical damage. The reasoning behind this gets from the privilege of an individual to their bodily safety and integrity. This is perceived by numerous countries including the UAE, similar to a right which is fundamental and non-transferable which must be secured without any excuse.

The Dubai Court of Cassation has reliably affirmed that moral harms can add up to any harm which disturbs the dignity, the feeling of respect and the mental agony of a Claimant, which could incorporate loss of monetary standing, despite the fact that this specific perspective has not yet been accounted for regardless so far as we know.

Article 292 of the Civil Code clarifies that loss of benefit or profit will be considered by the Courts in evaluating and calculating damages, given that such a loss of income is due to the harm suffered. Loss of income is thus regarded as a head of damage suffered under the UAE law and can be thus compensated by the Dubai courts.

No doubt the Dubai Courts don't adopt a scientific strategy to loss of income (notwithstanding when given the figures) similarly that a UK or USA Court may, utilising current profit and considering the loss of potential future income.

The evaluation of the loss of potential future income falls upon the full will of the UAE Court. The Dubai Courts might be somewhat progressively liberal and grant compensation for loss of income while thinking about the situation of a sole provider in a family.

If one has to claim the loss of earnings, then one must give acceptable justifications for such a loss.

Loss of opportunity is closely related to loss of income, as when one loses his/her money in a particular transaction, for example in a residential unit when its not handed over to the purchaser on the due date, then the purchaser also loses the opportunity to live in the such a resident that he/she paid for. The same approach is taken by the Dubai courts while calculating the loss of opportunity as to that of loss of income, that it shall be reasonably justified and be related to the harm suffered.

Under Article 292, the Dubai courts don’t generally consider the losses that the person may incur in future until and unless it is so proven that such damages are definitely bound to be suffered by the aggrieved party. However, if the party proves that it is going to suffer medical expenses in future, then the court may grant suitable damages.

It is to be noticed that there is no scientific technique for estimation which the Dubai Courts are required to pursue while evaluating future damages. The Dubai Courts are just required to demonstrate that all heads of claims have been taken into consideration while calculating the damages; the Courts are not obliged to give any explanation or the reasoning behind its calculation or to bifurcate the damages into separate heads of claims.

Under the UAE law, the compensation for the loss of human life is much more reasonable as compared to the West and its exaggerated compensations, and is termed Diya or blood money and is decided to be Dh200,000.

On the component of limitation, it must be noticed that no case for compensation under tortious obligation will be heard by the UAE courts after the lapse of three years from the day on which the claimant came to the fact of the occurrence of the wrong and identified the tort-feasor. In any case, if such case emerges out of a crime and the criminal procedures are pending after the termination of three years, the limitation will keep running as long as fifteen years from the date of the event of the tortious activity. 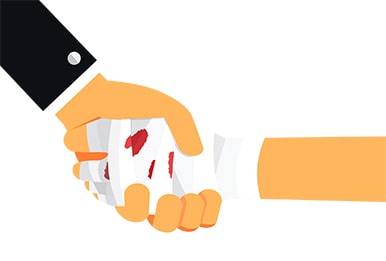 It can be thus concluded that most relevant provisions with regards to the personal injury law in the UAE are found in the Civil Code of the UAE. It is very common that the courts appoint experts on the matters and cases of personal injury and the so appointed experts submit their reports on the basis of law and fact, and the courts do take their report and opinion into consideration. The UAE personal injury laws are more stringent but also more reasonable when it comes to compensation as compared to the laws of the West.