“If people understood that doctors weren't divine, perhaps the odor of malpractice might diminish.” 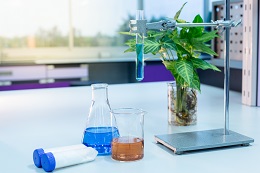 Recent developments in science and technology have taken us far away from where we were a decade ago and compelled the legal system to ponder over outdated provisions that initially dealt with much simpler situations. Hence, in this article, our team of medical lawyers in Abu Dhabi seeks to discuss the new ambit of liability that is likely to fall upon medical professionals in the United Arab Emirates (the UAE) who have caused injury or distress to patients due to their negligence.

The lawmakers of the country enacted the Federal Law Number 4 of 2016 (the New Law) with the view of enhancing the provisions relating to the liability that falls upon medical professionals who render their services in a negligent manner. The New Law has repealed Federal Law Number 10 of 2008 (the Old Law) and is expected to bring significant changes onto the existing medical and healthcare regime in the UAE. In general, doctors are supposed to meet the ‘duty of care’ standards while executing their professional commitments to the patients. Hence, any act of negligence may lead to the severe loss or injury to the patients, who expect this duty of care standards from their doctors.

From a legal point of view, a patient may pursue a civil claim against practitioner or health care provider, if they have caused injury or death to a patient because of their negligence or omission. Therefore, the patient is required to prove the following to claim for damages: (i) the professional duty and responsibility of the practitioner towards the patient; (ii) the practitioner had violated the duty of care standards which was due to be performed on a patient; (iii) the injury inflicted on the patient is a compensable injury; (iv) following the duty of care standards could have avoided the severe harm to the patient.

The Ambit of Medical Negligence

The following illustration can help the reader to comprehend the scope of medical negligence: James Turner, a 50-year-old mechanical engineer, had undergone open heart surgery at XYZ Hospital. However, he started losing his vision the following day and had completely lost his sight in a matter of two (2) days. The medical staff at XYZ failed to notify the concerned doctor about the issue at that time and therefore, it was too late for the physician to consult with an ophthalmologist and provide appropriate medical attention. Subsequently, the doctor was held liable for erroneously diagnosing the patient and providing him with a medication that caused the unfortunate turn of events. James had suffered from an anterior ischemic stroke of the optic nerves, due to blood loss during surgery, anemia and low blood pressure. Subsequently, it came to light that XYZ Hospital could prevent the patient’s blindness, had he been provided with timely medical attention. Further, the hospital was held liable for the actions of the practitioner and lack of medical care that caused his visual impairment. The above example sets a clear case of medical malpractice that and the patient was compensated with US Dollars four million and four hundred thousand (USD 4,400,000) by the hospital because of their negligence in reporting about his matter to the concerned doctor on time.

With its growing economy, the UAE government felt the need to introduce changes in the existing medical law regime and hence, implemented the New Law in August 2016 with the view of regulating medical practice and aligning the chapters of liability. The Old Law was a result of the constant developments in the UAE healthcare industry and the rise in the medical complaints and cases in the country. However, a series of landmark changes reflecting updates in technology were yet to be acknowledged along with the recognition of new concepts such as euthanasia (mercy killing), sex reassignment surgery procedures, cloning, abortion and so on. Hence, the New Law came into force and implemented the following changes to combat with the rising number of medical negligence cases: