Regulatory framework of mergers in Russia 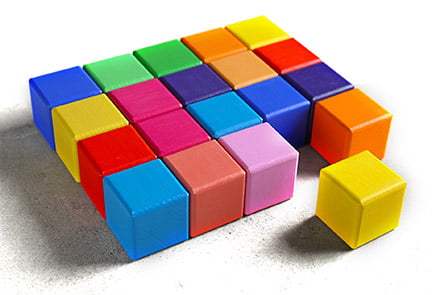 The Russian merger control does not differ substantially from its counterpart’s country in Europe and North America. In general, it is investor-friendly, and the risk of not obtaining compensation is rarely cited as the reason for not proceeding with a trade.

However, the Russian merger control regime has its own specificities, the knowledge of which can be essential for a transaction to be settled smoothly and on time in Russia. The purpose of this article is to provide an overview of the Russian merger control framework and its scope, including events that trigger a filing requirement, statutory notification thresholds and some aspects of the treatment of joint ventures, restrictions on the foreign investment.

Russia's merger management system is mainly regulated by Federal Law 135-FZ on the Protection of Competition "Competition Law," which came into force on October 26, 2006, to regulate competition in financial markets and of commodities. It replaced the two previous laws—1991 and 1999, respectively.

In 2007 and 2008, amendments to the law on fines and generosity linked to sales were introduced in the Russian Administrative Offenses Law, and the Federal Antitrust Authority of Russia ("FAS") adopted the revised notification rules of mergers.

In July 2009, a series of legislative amendments known as the "Second Antitrust Package" were passed, resulting in significant changes to competition law, the administrative offences law, and other legislative laws. In the context of merger management, the Second Antitrust Package raises notification thresholds, introduces exemptions for certain types of intra-group transactions, and broadens the scope of merger management to include transactions between foreigners.

In January 2012, the "Third Antitrust Package" entered into force. This reform introduced new standards of local presence applicable to transactions between foreigners, increasing and changing the notification thresholds even more. The target-related notification threshold calculation method and FAS have additional authority to clear the transaction subject to qualifying parties having fulfilled condition precedents.

In January 2014, another series of amendments to the competition law was enacted. The most important of these was to eliminate the post-dismissal notification requirement in almost all cases (except as described in section 2.2 below). This move was made to ease the administrative burden of FAS and allow us to focus on large transactions that require prior approval.

In January 2016, the "Fourth Antimonopoly Package" introduced further amendments to the Competition Law. This includes (i) the introduction of a pre-dismissal notice system related to joint venture agreements between competitors (reaching a certain financial threshold). (ii) Abolish Russian corporate registration with a market share of 35% or more.

In 2018, FAS announced another bill, the Fifth Antimonopoly Package. However, it is unclear whether it will pass with amendments, and if so, whether it will affect the current merger management regime. The latest draft of the bill, among other things, clarifies changes in the review period for foreign-to-foreign transactions, the establishment of compulsory licenses as a merger, and the status of trustees / independent experts approved by the FAS will monitor the implementation of merger measures remedies.

It is widely accepted that FAS may have done more to clarify the scope and implications of the merger management provisions. However, FAS has made significant improvements in obtaining approval for merger management. The procedure is generally predictable and transparent as compared to the past few years.

The merger management rules include a set of notification requirements that distinguish and apply three broad categories of transactions:

The third category was introduced in January 2016 (as part of the fourth anti-monopoly package). To date, it has not received a widespread practical application, but now we see its growing importance.

Notification thresholds (exceeding those requiring authorization to monitor the merger) are linked to the assets and turnover of the parties to the transaction. All Russian thresholds are very low compared to Western merger control regimes, which means that almost all cross-border acquisitions require prior authorization. Typically, merge authorization mode is a pause in nature, i.e.

This is a feature of the Russian Merger Regulation Administration, which generally extends to transactions between entities belonging to the same group. However, there are some exceptions to this. Some inter-group transactions do not need to be cleared; For others, filing a post-closing notice with the FAS is sufficient (rather than obtaining a pre-closing clearance). These exceptions apply in the following cases:

Parent Approval is not required for transactions between a parent entity and its subsidiary. This also applies to cases where a unit is 'transferred' with a parent or subsidiary chain, subject to the requirement. However, at each stage, more than 50% of the units involved by the shareholders are attached. 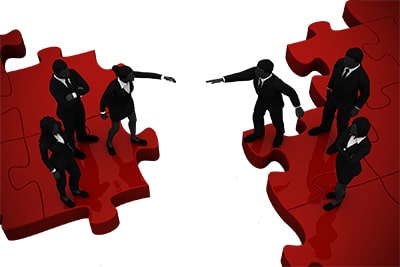 The statutory wording of this exemption is narrow, but it is widely applied by the FAS. Specifically, the FAS generally acknowledges that this exception applies to the transfer of sister companies within the same group, with parties indirectly providing more than 50% of the shareholding to the related transactions. In practice, this exemption has proven to be an effective tool for presale restructuring and engraving, enabling transactions from abroad to be executed more quickly

in compliance with the below rules:

Generally, this pre-closing disclosure process can facilitate and expedite transaction implementation. In practice, however, some foreign groups may leverage due to the process as its complex and broad rules defining a group and the FAS's strict approach towards any minor changes if three are within a group. 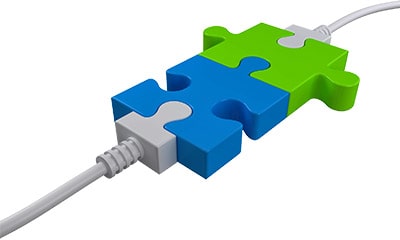 There is no legal guidance regarding the calculation of the threshold mentioned in (iii) above. Traditionally, the common understanding has been that the threshold should be assessed individually for each non-Russian company.

However, according to the unofficial details of the FAS released in August 2016, the threshold is calculated on an aggregate basis. That is, for all non-Russian companies in the target group.

Competition law does not specifically regulate foreign transactions. The financial threshold, the procedures, and the timing apply are the same as for domestic transactions.

European Union: Collection of Personal Data of Hotel Guests Introduction  Massive amounts of personal details are now shared online. The personalization of technology and customer service is fuelled by e-commerce…

Impact of Russian Anti-Trust Law Introduction Russia is a large country that spans across eastern Europe and northern Asia. After the collapse of the Soviet Union in December 1991, Russia, once…

New European Foreign Investment Screening Regulation Introduction The European Union (EU) spans with twenty-eight (28) member states which have a combined population of approximately 500 million people. It is a…

European Union Anti-Takeover Takeovers or mergers have been common economic activity since the wave of globalization has swept the countries. According to United Nations Conference on Trade and Development (UNCTAD),…