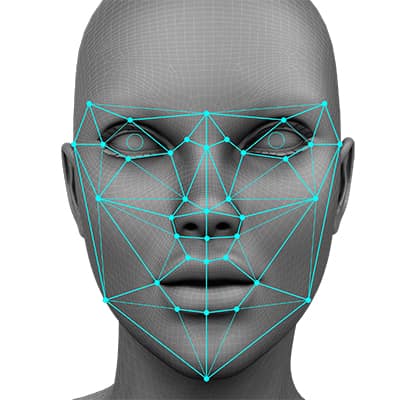 The ever-changing technology the law is always trying to keep up its pace as now the interaction of law and technology is more critical than ever. The ungoverned technology is a danger to the society if drones are flying over a city that is a problem unlike the cars on the streets in 1916. It is essential that we protect our community, privacy, money, and safety from the potential harm of new technologies and to achieve this we will need new laws that would protect us the way we are under the protection of nuclear bombs. Concerning the previous article, this article will look into the legalities surrounding facial recognition feature with supporting the legislation.

The face detection technology by Apple is made with higher sophistication as it uses dual cameras and captures depth by an array of projected infrared dots. However, when Samsung released Galaxy S8 in March 2017 with a facial recognition system that was a major selling point. But the system failed when the scan got a spoof by holding an image of the person’s face in front of their phone.

One primary user privacy concern attached to using Face ID on iPhone X is that during police detention will they be able to access your phone easily? By just holding the phone up to your face the police will have access to all your private information. However, Apple argues that it does not work with the user’s eyes closed. But the speed of the process is so quick that as soon as the user opens their eyes, Face ID scans successfully despite the camera being off-axis to the user’s face. Therefore, unwilling login access to iPhone X remains questionable until it releases in the market. But the good part is that similar to the Touch ID; you can also opt out of Face ID option to avoid privacy concerns.

As with most technological advancements, there is a process of trial and error. However, Apple is only showing concern regarding one type of error that could happen concerning its Face ID algorithm, which is someone else gaining access to the device. But there remains another concern of your phone not recognizing you and therefore not granting you access.  We will know more about the issues with this technology once the customers start using the new iPhone X and provide with their feedback.

With this new technology introduced in the iPhone, one must wonder about the possibility of an identical twin gaining access to his/her sibling’s iPhone due to identical facial features genetically. Although this question is irrelevant for a vast majority as only four in one thousand births, result in identical twins according to scientific consensus. Apple’s representative saw this as a loophole and advised similar twins to protect their sensitive data on the device with a passcode as the chances of an identical twin being able to bypass Face ID and break into the phone are more.

Furthermore, to secure the phone correctly, two aspects of biometric security should be considered. One is the protection of the stored biometric data, and the other is having the ability to defend the authentication system of the device from fake users. For protecting the stored biometric data, it should be stored in the internal memory of the smartphone and not on an external computer server. As iPhone’s representative claims that an individual’s face data is protected in an enclave, as it is in the iPhone data and not in a central database system, which is easier to break into for hackers. 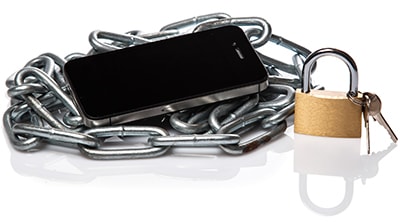 A Virginia Beach Circuit Court ruled that an individual in a criminal proceeding couldn’t be forced to disclose the passcode of his mobile phone, as that would have an impact of violating the self-incrimination clause of the Fifth Amendment. However, at that time, the Court was of the opinion that an individual could be forced to give up his fingerprint for unlocking the touch ID or any device protected with prints. The Court reasoned this approach with explaining that while a passcode requires a defendant to use actual knowledge, a copy is a form of physical evidence similar to a DNA sample that authorities are legally allowed to demand an investigation in certain circumstances.

In a case in Minnesota appellate court ruled against a convicted burglar who was forced to unlock his phone by a lower state court by giving his fingerprints, which opened it. This case, the State of Minnesota v. Matthew Vaughn Diamond, is the latest episode in a series of unrelated cases throughout the USA that test the limits of digital privacy, modern smartphone-based fingerprint scanners, and constitutional law. Diamond went to trial in 2015 and was convicted of the burglary along with two other lesser charges and therefore, got imprisonment up to 51 months in prison. Later, Diamond appealed because by forcing him to unlock his phone his Fifth Amendment rights against incrimination were violated.

Moreover, being forced to give out passcodes or fingerprint –enabled passcodes which are the modern unbreakable encryptions, frustrate the lawful authorities when dealing with criminals who refuse to cooperate and unlock their data.

Under the Fifth Amendment, defendants cannot generally be compelled to provide self-incriminating testimony but giving a fingerprint is allowed for identification or matching to an unknown print found at a crime scene.

In sum, because the order compelling Diamond to produce his fingerprint to unlock the cellphone did not require a testimonial communication, we hold that the law did not violate Diamond’s Fifth Amendment privilege against compelled self-incrimination.

The technology of using fingerprints to unlock a smartphone is relatively recent. In a right frame, this type of technology is not violating rights of an individual instead it is merely a forceful production, for example, being forced to hand over keys to a safe. However, if an individual is forced to disclose his passcode to the phone, the legal implications for such would be different.

An excellent example of widening extents of face detection technology is the Face++ (pronounced Face Plus Plus), a Chinese startup based in Beijing. The technique of face recognition is widely used in China to promote surveillance as well as convenience. This technology has transformed our daily lives regarding banking, retail, and transportation services. Face++ is under usage for apps for example; a mobile payment app called Alipay with over 120 million users in China, uses your face as credentials to authorize payments. Another example is Didi, one of the most popular ride-hailing company in China uses Face++ to identify the legitimacy of the driver. Lastly, Baidu, a company that operates China’s most popular search engine is now working on a system to allow people to collect rail tickets by showing their face. 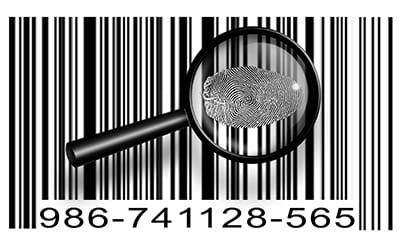 Moreover, this type of technology has progressed in China due to their policies towards privacy and surveillance. Governments to identify suspected criminals through surveillance cameras also use Face++. According to an assistant professor at Peking University, Shilang Zhang; “The face recognition market is huge. In China, security is paramount, and we also have lots of people, and lots of companies are working on it”. The technology of facial recognition has existed for years, but with significant technological advancements in this area, it has improved its accuracy. Only now it has become so accurate and sophisticated that it is under usage for financial transactions.

The Face ID technology introduced by Apple can potentially compromise user privacy especially in cases of authorities confiscating personal belonging like smartphones. As mentioned previously in the example above, compelling individuals to give their biometrics does not violate their Fifth Amendment rights whereas it is an argument that an individual producing their passcode by using their memory if demanded by the authorities does violate the Fifth Amendment rights, as it constitutes self-incrimination.

In the future, what does this mean for the potential users of iPhone X? As millions of Apple users will switch to iPhone X as soon as it hits the market, will this require clarity in regards to an individual’s constitutional rights?