"The Prophet Muhammad (resorted to) arbitration to resolve disputes and (recommended) others to use it. His (involvement in) arbitration between the clans of the Quraysh tribe during the renovation of the Ka'ba is significant in the history of Islam and the development of Shari'ah. A dispute broke out between the tribes on who would reinsert the Black Stone in the Ka'ba after its renovation. No clan head wanted to relinquish this great honor of any other clan. Through his successful arbitration of that dispute, the Prophet prevented ‘potential’ war among the Quraysh Tribes."[i]

Speaking specifically of Arbitration and the Kingdom of Saudi Arabia, the history and origin are both intriguing and challenging. In Saudi Arabia vs. Arabian American Oil Company,[ii] the arbitral tribunal considered and accepted governing laws of Saudi Arabia to apply to certain concession contract but was reluctant to apply Shari'ah principles in totality. The said reluctance resulted in tribunal using general customs applicable to the oil industry. In sum, the award was passed against the Kingdom and in favor of Arabian American Oil Company. Although the verdict was disappointing, the Saudi Government accepted the decision but renegotiated the concession arrangement with Arabian American Oil Company until 1980's and finally in November 1988 incorporated Saudi Aramco according to a Royal Decree, which is today one of the world's largest oil entity.

Following the adverse verdict, Saudi Arabia enacted Resolution Number 58 which aimed at averting local government ministerial departments from engaging in arbitration.[iii] Saudi Arabia's ratification of the Riyadh Convention in 1985 resulted in the change of these sentiments.[iv]

Earlier, the New York Convention was the principal piece of legislation in Saudi Arabia for recognizing and enforcing foreign (international) arbitral awards; this gave rise to a lack of domestic legislation in Saudi Arabia that was in conformity with the local laws. The inadequacy of laws fuelled the need for change in recent years. Therefore, Royal Decree Number M/34 of 2012 (dated 16 April 2012 and which came into force on 9 July 2012) (the 2012 Regulations) repealed the previous Saudi Arbitration Law of 1983 (Royal Decree Number M-46 and dated 12 Rajab 1403H, corresponding to 25 April 1983) (the Old Regulations). Some of the salient features of 2012 Regulations include:

i.          Decree M/34 introduced sweeping changes thereby removing the obstacle of local courts approving the arbitration before the actual commencement of the arbitration. This change, in turn, empowered the arbitral tribunals in Saudi Arabia to decide on its 'own' jurisdiction as provided for in the UNICITRAL Model Law.

ii.          The 2012 Regulations for the first time, also paved the way and considered the principle of severability of arbitration clause consistent with the UNICITRAL Model Law.

iii.          The laws before 2012 Regulations imposed a mandatory obligation requiring arbitrators to be Muslim males. This requirement witnessed a revision under 2012 Regulations and arbitrators were now required to have knowledge, experience, and expertise thereby removing any reference to gender or nationality.

v.          Likewise, the above Decree permitted parties to consider and agree on arbitration venues in Saudi Arabia or any other location that the arbitration tribunal may deem fit.

An Attempt to Hold Up International Standards

However, the arbitration regime of Saudi Arabia once again fell short of international expectations due to its entry to the New York Convention in 1994.[v] Hence, a new enforcement law came into force in February 2013 by issuing the Royal Decree Number M/53[vi]  (the New Enforcement Law) with the intention to pursue and modify the local arbitration rules. The primary objective of the New Enforcement Law is to substitute the existing 1989 Rules of Civil Procedure before the Board of Grievances by enforcing provisions that may affect all aspects of enforcing domestic and foreign arbitral awards.

The New Enforcement Law also provided that arbitral awards that were in violation of Sharia principles or public policy were not enforceable in the kingdom. Further, the commitment to diminish the existing arbitrator’s authority exhibited by Saudi court unveils that the country’s arbitration regulations are moving in a favorable direction.

The Enforcement Judge is also authorized to take the necessary steps and obtain assistance from the concerned authorities if and when a party fails to confer with the enforcement of the award under Article 7 of the New Enforcement Law. Further, Article 9 has stated that the Enforcement Judge would compulsorily enforce the award after the presentation of an executive deed. Further, the principle of reciprocity would also be applicable while enforcing a foreign arbitral award as stated in Article 11. The provision further states that the party who is seeking to enforce an arbitration award in the kingdom should keep the following points in mind while raising his contention to ensure the enforcement of the same:

i.          The jurisdiction of the local courts regarding the dispute;

ii.          arbitration proceedings are in compliance with the due process;

iv.          the award does not refute or contradict a judgment or order of a judicial authority with competent jurisdiction in the kingdom, and

v.          the award is in conformance with the public policy of Saudi Arabia.

An Enforcement Judge will enforce an arbitration award in Saudi Arabia only if the same does not conflict with the any of the points mentioned above.

Paradigm of the Enforcement Law 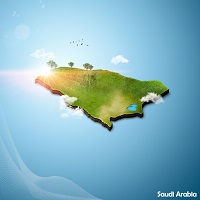 A few years ago, a UAE subsidiary of a Greek telecommunications company obtained an ICC arbitral award totaling US Dollars eighteen million and five hundred thousand (USD 18,500,000) from a London-seated tribunal constituting of three arbitrators. The claimant succeeded in its claims against a national data communications service provider and also successfully defended its counterclaims totaling US Dollars three hundred and fifty million (USD 350,000,000). Subsequently, the Claimant sought recognition and enforcement of the award in the Saudi courts. However, the execution of the arbitration award was dicey due to the strict application of domestic laws as per the previous regime.

However, Saudi Arabia passed the 2012 Regulations and the Enforcement Law during the pendency of the matter. The Enforcement Law affected in the case in such a manner that the claimants were required to commence proceedings before the Enforcement Courts, rather than through the Board of Grievances which had jurisdiction earlier. This amendment in the law may benefit the party in whose favor the award is granted since the decision of the Enforcement Judge is final, and an appeal does not lie thereunder. Hence, the Claimant in the above case could not appeal against the award of the Enforcement Judge. This judgment depicts momentous departure from the existing law to the New Enforcement Law and the creation of an undeniable nexus between the latter and international arbitration standards.

The New Enforcement Law is a significant step in a complementary direction that may elevate the use of arbitration in Saudi Arabia. However, the practical advantages of the new regime are yet to be unleashed; as only time can tell about its effectivity and reliability.

[iv] Saudi Arabia ratified the Riyadh Arab Agreement for Judicial Cooperation from its inception on 6 April 1983; supra; note i