“In these times, a great leader must be extremely brave. Their leadership must     be steered only by their conscience, not a bribe.” – Suzy Kassem 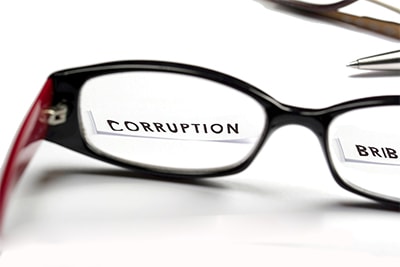 This article sets out brief summaries of the United Kingdom (UK) Anti Bribery &Corruption law and emphasizes the significance of the compliance of provisions by individuals, Businessmen, professionals while conducting themselves.

The main legislation in the UK governing bribery & corruption is Bribery Act, 2010 which came into force on 1 July 2011.  This act is basically a consolidated scheme of bribery offences to cover bribery in the U.K & abroad. The act defines criminal offence of bribing another person, public official, being bribed & liability of commercial organisations to prevent offence of bribery. The act has the extraterritorial jurisdiction meaning thereby that a person who is a citizen of the UK or a resident of UK would be held liable for the offence of bribery under this Act irrespective of the place of the offence. Likewise, a body incorporated under the U.K law would be liable under the act if the offence of bribery is committed by it while operating in the UK or elsewhere. A maximum penalty of 10 years or an unlimited fine or both has been incorporated for all the offences except offences under section 7 of the Act relating to the prevention of the offence of bribery by commercial organisations which carry the punishment of an unlimited fine.

Sections 1, 2 & 6 of the Act deal with the offence of bribing, being bribed and bribing foreign public official respectively. In common parlance, Bribery means when a person gives money to another person for some financial advantage to him or his relation. In legal terms as in the Act, Bribery has been defined in wide terms. According to section 1 of the Act, a person is liable for the offence of bribery when he offers, promises or gives a financial advantage to another person for the purpose of improper performance of relevant function or activity on latter’s part. It is not necessary that offence should be completed, merely offering a bribe to another person makes the person liable under the definition. Similarly, a person would be held liable whether the offence is committed by him directly or through someone else.

It is not imperative that the person to whom bribe has been offered has to engage in improper performance of a relevant function or activity meaning thereby that offeror of the bribe would still be held responsible even if it is performed by someone else. 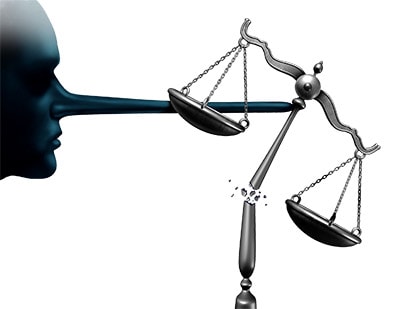 As per Section 2 of the Act, a person is liable for the offence of bribery when he requests, agrees to receive or accepts financial advantage or other in relation to improper performance of a relevant function or activity. A person would be held liable for the offence under this section whether the advantage is for himself or for somebody else. Similarly, he would be responsible whether he undertakes upon himself to perform of relevant function or activity improperly or engages someone else.

In this section, a bribe may be offered by the person himself or through a third party and likewise, the advantage may be for the recipient himself or for some other person on the latter’s request.

This section makes it clear that mere offering/promising of a bribe to a Foreign public official makes a person liable meaning that acceptance on the part of a public official is not necessary, subject to the following two conditions:

Foreign Public Official as per sub-section 5 of the act includes officials whether elected or appointed who hold the legislative, administrative or judicial position of any kind of a country or territory outside the UK or an official who performs a public function within such country/territory. It also includes officials of Public International Organisations.

Improper performance of function or activity to which bribe relates:

As defined above, Bribe is when a person offers a financial advantage to another person for doing an improper performance of a function or activity. Section 3 to 5 deals with the same. Function or activity to which bribe relates include all functions of public nature and all activities connected with business, trade or profession carried out either in the UK or abroad, and need have no connection with the UK as per Section 3 of the Act.

Now the question arises how the improper performance of the function or activity would be judged?  The answer lies in the Expectation Test described as under:

Further Section 5 clarifies that the performance of a concerned person in relation to function or activity expected by a reasonable person should be subject to any part of UK Law. Any local custom or practice in this regard is to be disregarded unless permitted/required by written law applicable to the country.

Commercial organisations would be liable for any improper performance of a function or activity committed by a person who is associated with them as an employee, agent or subsidiary as per section 7 of the act which embodies the principle of Vicarious liability.

Section 7 & 13 deals with the defence available to commercial organisations and persons respectively.

The only defence which is available with the organisation under section 7 (2) is that it had adequate procedures in place to prevent such person associated with it from committing bribery offences.

On the other hand, within Section 13, two defences are available to the person (charged with the bribery offence) if his conduct is necessary for:

As per Section 9 of the act, duty has been imposed on Secretary of State to publish guidelines on procedures to be adopted by the organisations to prevent bribery by the persons associated with them.

According to section 10, prosecution for the offences under this act is initiated in the UK with the consent of one of the directors of the Department of Public Prosecution or Serious Fraud Office or Revenue and Customs Prosecution.

On the other hand, under section 7 in the cases of conviction on indictment, a person is liable to a fine only.

Offences under sections 1, 2 or 6 by bodies corporate etc. 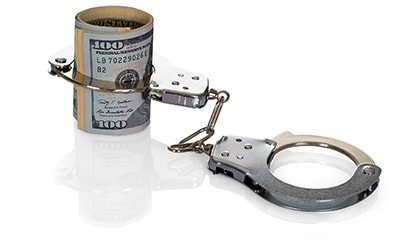 Under Section 14 if it is proved that any offence mentioned within sections 1, 2 or 6 is committed either by body corporate or partnership, the senior officer, director of such body or partner would also hold liable subject to the following two conditions:

From a legal perspective, Bribery Act 2010, has been defined widely by covering all the persons who have a link to the United Kingdom or even if they have no connection to the UK, they still are held liable if they engage in a conspiracy to commit bribery with a person who is in the UK.

Anti-Bribery Regulation in the UAE

Anti-Bribery Legislation in the UAE Subsequent to the economic stagnation of 2008, the UAE assumed proactive measures to indict individuals who violated the Federal Penal Code’s anti-bribery legislation. Despite the…