The Role and Importance of ICJ (with) Precedents

DIPLOMACY AND INTERNATIONAL COURT OF JUSTICE: AN ANALYSIS

‘Peace comes at a price. And that price is diplomacy. We may all know who is paying the price, but sometimes, we cannot comprehend the amplitude of the price paid.’ 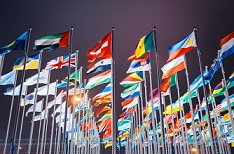 The oldest evidence of diplomatic relations dates back to 1259 BC between the Pharaohs of Egypt and the rulers of the Hittite Empire (part of present-day Turkey). The Egyptian-Hittite Peace Treaty is perceived to be the evidence to this ancient diplomatic treaty that was drafted to end the war between the two kingdoms over the jurisdiction of eastern Mediterranean. The treaty was the result of war at the city of Kadesh due to the attempted invasion by Egyptian warriors to gain control over the lands. However, the mighty Hittite army resisted the attack, and the two empires fought for the years to come. Noting that the pen is mightier than the sword, intermediaries (diplomats of today) of both the empires starting negotiating the possibility of peace between the monarchs. Hence, the world’s first diplomatic treaty came into force between the empires even without a personal meeting of both the monarchs. Centuries later, nations still employ intermediaries (diplomats) to negotiate and implement treaties with the view of securing peace.

Therefore, various nations ratified the Vienna Convention on Diplomatic Relations of 1961 (the Diplomatic Relations Treaty) and the Vienna Convention on Consular Relations of 1963 (the Consular Relations Treaty) with the view of ensuring that these intermediaries obtain a higher level of protection while negotiating with other countries. And with the same intention (of attaining peace), the United Nations established the International Court of Justice (the ICJ) in 1945 to adjudicate legal issues between nations of the modern world. But over the course of time, both, the Treaty and the ICJ, has faced uncertain predicaments regarding the validity of the former over domestic legislation and the jurisdiction of the latter.

From Around the World

The world wars and the subsequent cold war taught the governments around the world about war and diplomacy more than ever before. Yes, I just used war and diplomacy on the same line. Although countries have used their techniques of diplomacy as a means to end the conflict(s) from as far as 1259 BC, they tend to perceive diplomacy from other nation(s) as a weapon to obtain an advantage. But does this permit them to implement their domestic legislation on foreign diplomats? Hopefully, the reader would able to form an opinion to this rhetorical question with more than just prejudiced personal or cultural influence at the end of this article.

In 1979, the United States (US) Embassy in Tehran, Iran was attacked by armed Iranian mob who detained the diplomats and seized the offices of the diplomatic mission. Subsequently, the US Department of State instituted legal action against the Islamic Republic of Iran at the ICJ.  The primary contentions of the US, in this case, was that Iran was in violation of the Diplomatic Relations Treaty and the Consular Relations Treaty and that the Iranian Government has an obligation to secure the release of all detained US nationals, inter-alia. Further, the support provided by the Iranian Government to the accused militants was also globally scrutinized due to the former’s failure to safeguard the US diplomatic mission and the diplomats.

Therefore, after carefully studying the issues in question, the learned court ruled that: (i) Iran is in clear violation of its obligations towards the US; (ii) Iran is responsible for these violations; (iii) the Government of Iran should release the US nationals who are detained and pass on the possession of the seized US Embassy to the protecting power; (iv) US diplomats or consular should not be subjected to any judicial proceedings in Iran; and (v) Iran should repatriate the US for all the injury and damage caused to the latter. This issue was in the global limelight primarily due to two (2) reasons: (i) over sixty (60) US diplomats were unlawfully detained for over 444 days by militants; and (ii) the Iranian government (that had the obligation to protect the embassy) did not even file their pleadings (through their lawyers) before the ICJ.

As seen in the above case, frequently nations try to retaliate with other nation(s) regarding issues between them by imposing biased domestic legislation or by failing to protect the citizens of the latter who are assigned to diplomatic missions in the former. 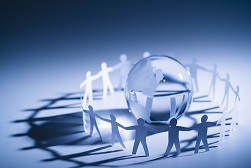 However, official diplomatic agents are not the only parties who have this level of protection. Since, if that were the case, a government would be permitted to exercise any form of undue jurisdiction on a foreign national who is residing in their jurisdiction. To this end, the Diallo Case[iii] was a landmark ruling of the ICJ regarding the extent and ambit of diplomatic immunity that can be conferred onto non-diplomats and consular. In this case, Mr. Ahmadou Sadio Diallo was a Guinean national who was the shareholder of a limited liability company (the Company) in the Democratic Republic of Congo (Congo). Further, in the 1980s, the Company initiated legal action against various local public and private enterprises that owed substantial amounts to the Company in the course of business. However, within a few years, the Government of Zaire ordered Mr. Diallo to be deported from the country due to violation and infringement of public order in the economic, financial and monetary sectors. After that, he was arrested and detained by the authorities for sixty-six days (without due process of law) before being deported to Guinea. Further, the Government of Congo misappropriated Mr. Diallo’s property and denied his future entry into the state (which is a non-appealable order by Congo’s domestic statutes).

Subsequently, the aggrieved Mr. Diallo informed of these unfortunate events to the Guinean authorities who later instituted legal action against Congo since states have the discretionary right to safeguard their citizens against undue injury from foreign countries by providing diplomatic protection to them. Therefore, the representatives of the Republic of Guinea instituted an action against the Congo in the ICJ. This globally aggravated the already existing issue of the extending the arms of diplomatic protection onto shareholders and legal entities as seen in the ruling by the ICJ in the case of Barcelona Traction[v]. Guinea contended that Mr. Diallo should be provided with diplomatic protection stating that he is: (i) an individual who was victimized by detainment and undue expulsion; (ii) a shareholder with the right to protect his interests of the companies; and (iii) a shareholder and manager who has the duty to protect the rights of the companies (by substitution). The Republic of Guinea demanded the restitution of all the damages suffered by Mr. Diallo and the Guinea. However, the defendants took the stand that the Republic of Guinea could not confer Mr. Diallo with diplomatic immunity since the companies were not established in Guinea. They also stated that Mr. Diallo had not exhausted all the remedies that were available to him in Congo itself. After comprehending the facts and disputes of the case, the ICJ stated in its preliminary judgment that the burden of proof for establishing that Mr. Diallo had not exhausted the domestic remedies available to him. However, they failed to prove the same after analyzing that the notice of expulsion given to Mr. Diallo was not appealable. Further, the ICJ also stated that the companies in question were of Congolese nationality and therefore, Guinea could not invoke diplomatic protection by substitution. However, the court upheld Guinea’s claim to invoke diplomatic protection on Mr. Diallo as an individual and his direct right as a shareholder.

In 2010, the ICJ ruled on the merits of the case and stated that Congo was in violation of the International Covenant on Civil and Political Rights (articles 9 and 13), Consular Relations Treaty and African Charter on Human and Peoples’ Rights (Articles 6 and 12(4)). However, the court ruled that Congo had not directly violated Mr. Diallo’s rights as a shareholder since he was entitled to attend general meetings and control the management of the companies. Further, in the judgment by the ICJ on 19 June 2012, the court observed that Guinea was not able to substantiate their claims with proof regarding the loss of tangible and intangible assets due to the expulsion. Therefore, the court awarded an amount of USD 85,000 regarding the detention and expulsion of Mr. Diallo from the country. This case is considered as a landmark judgment since it provides us with an idea about the extent of diplomatic protection that a country can provide its citizens.

The International Court of Justice has been set up to allow protection of people, whether diplomats or natural persons, in countries where they are foreigners. However, it is understandable that in the battle of national and international law the struggle to implement justly can be of issue. It is not possible to provide an equal degree of protection to the parties when a differing law is more advantageous for each. The tricky nature of the subject matter has seemingly resulted in an array of instances where international law is disregarded in a plot to protect the stronger hand. Nevertheless, our analysis does not end here; part II of this article will examine the procedural aspects of cases in the International Court of Justice and other relevant processes.

[vi] Judgment on Preliminary Objections on 24 May 2007