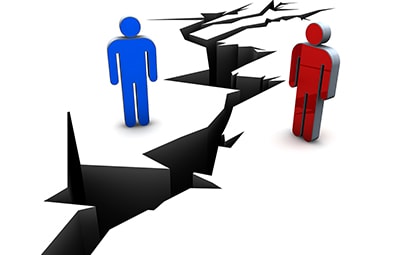 March 1, 2018 the German Institution for Arbitration (DIS) enacted a new set of arbitration rules to revise and replace Germany’s 1998 regulations. The predominant changes (made by a panel of 300 DIS members) resulted in an enhancement in procedural efficiency. Under the 2018 Rules, deadlines were consolidated, and former procedural standards were amended. The DIS recognized a need to revise their 20-year-old procedures after Austria, Switzerland, and the International Chamber of Commerce recently adopted new arbitration proceedings in Paris. Through overhauling the DIS’s 1998 provisions, three primary benefits are anticipated: expedited arbitral procedure time-frame, curtailed arbitral-related expenses, and consistent application of transparent practices.

Primary Changes and their Impacts on Germany’s Courts:

Considering the 2018 Regulation’s underlying objectives of attaining resource efficiency and transparency, the following alterations have been provisioned:

While significant alterations have been made to Germany’s arbitration laws, judicial authorities are skeptical as to whether or not these changes will impact ordinary court caseload. Statistically, DIS hearings have increased within the last decade while regular court proceedings have plummeted. Therefore, should this trend continue, one will not be able to assert the 2018 Rules are the sole cause provoking such fluctuation. Nonetheless, the President of Germany’s Court of Appeals has suggested that it is very likely that an even higher number of complex disputes which would have been previously heard by ordinary courts, will shift to arbitration. The 2018 Rules have enabled the DIS to adopt measures which will permit greater competition between state courts and arbitral institutions.

Concerned with ensuring that integrity, efficiency, and fairness was implemented into all arbitral proceedings, the 2018 DIS Arbitration Rules were designed in consideration of national and international developments in arbitration. The DIS is internationally renowned for its specialized proficiency in arbitration resolution. The 2018 Rules are focused on maintaining this standard and creating provisions that can be applied both within and outside of Germany’s jurisdiction. To gain greater clarity into Germany’s new arbitration rules, the 2018 requirements surrounding the arbitration request, tribunal structure, multi-contract arbitration processes, pre-proceeding regulations, and award termination will be evaluated. 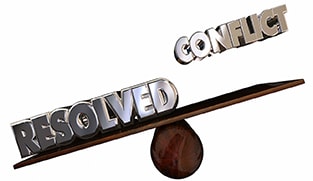 Per Article 9, all arbitrators are called to exercise impartiality to both parties. Upon appointment by the parties, an arbitrator must “sign a declaration in which they shall state that they are impartial and independent of the parties, that they have all the qualifications…that have been agreed upon by the parties…” (Article 9.4). Parties may upon consensus appoint one or any odd number of arbitrators to their proceeding. If no consensus is reached, or no attempt to appoint arbitrators have been made, the Arbitration Council will appoint three arbitrators to the parties. When three arbitrators are appointed, “the co-arbitrators shall jointly nominate the president of the arbitral tribunal within 21 days after being requested to do so by the DIS” (Article 12.2). Three-member tribunal decisions will be made by either unanimous or majority vote.

Article 15 establishes a party’s right to challenge an arbitrator if bias or prejudice occurs. When a party submits a Challenge, “the facts and circumstances on which it is based” must be included. The submittal must be completed within 14 days of a party becoming knowledgeable of the partiality. The DIS will then relay the Challenge to the challenged arbitrator. The Arbitration Council is tasked with resolving the Challenge.  If the Challenge is accepted, the arbitrator’s mandate will be terminated. Additionally, an arbitrator may be removed by the Arbitration Council if the arbitrator fails to satisfy his duties under the Rules.

According to the Rules, a Multi-Contract Arbitration emerges when claims arise in assembly with numerous agreements. Even if a Multi-Contract is established, the proceeding may be handled as a single arbitration so long that “there is a single arbitration agreement that binds all the parties to have their claims decided in a single arbitration or if all of the parties have so agreed in a different manner” (Article 18). A “Request against an Additional Party” must be submitted through the DIS if multiple parties wish to cooperate. Per Article 19.2, the Request must contain a written “statement of the specific relief sought against the additional party; the amount of any quantified claims and an estimate of the monetary value of any unquantified claims against the additional party.”

When a three-member arbitral tribunal is involved in a multi-party arbitration, it is the responsibility of the claimant(s) to assign a co-arbitrator. Similarly, it is the duty of the respondent(s) to select a co-arbitrator. If either party fails to perform this obligation, the Appointing Committee will provide the allocation.

The Proceedings before the Arbitral Tribunal

Article 21 “Rules of Procedure” asserts the importance of treating parties equally. Equality is further defined to include the right to an adversarial proceeding. Parties are permitted to self-select the “rules of law to be applied to the merits of the dispute” (Article 24). If parties fail to do so, the tribunal has delegated the power to choose the rule of law they deem applicable. Upon party request or within an exceptional situation, a tribunal may administer, amend, or revoke a measure of interim relief (such as procedures ensuring security). Article 27 requires “the arbitral tribunal and the parties to conduct the proceedings in a time and cost-efficient manner, taking into account the complexity and economic importance of the dispute.” Any expert appointed to aid time and cost efficiency measures must be neutral to either party.

Termination of the Arbitration by Award

After an arbitral tribunal has decided the value of an award, that value must be inspected within three months of the final hearing by the DIS. Should the arbitral tribunal not proceed expeditiously upon allocating the award, the Arbitration Council is authorized to reduce arbitrator related fees. Per Article 38, an award is binding and final. An award issued by an arbitrator must be in writing and must contain the rationale that was used to produce the verdict. The DIS must receive a draft of the award and are granted the right to demand modifications be made to the statement. Should a claim made within a proceeding be omitted from the final award, a supplemental award can be offered upon request by a party. Any request made by either party to correct an arbitral award must be submitted to the DIS within 30 days of the award’s conveyance. If an arbitral tribunal decides to amend an award via their initiative, all corrects must be made within 60 days of the award’s transmission (Article 40.5).