Side Contracts with Local Sponsor in the UAE: Legal Implications

Validity of Side Agreements in the United Arab Emirates 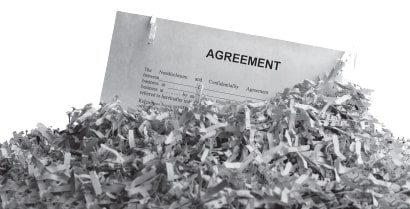 In the United Arab Emirates (UAE), it is common knowledge that many limited liability companies (LLCs) are owned and managed by foreign shareholders, though the legal ownership may reflect differently. Article 10 (1) of the Federal Law No. 2 of 2015 (Company Law), states that

"With the exception of Partnership Companies and Simple Limited Companies where all the joint partners of any of such companies shall be UAE nationals, any company established in the State shall have one or more UAE partners holding at least 51 per cent of the share capital of the company."

Which primarily means that UAE nationals shall hold at least 51% of the shares in share capital of an L.L.C and the remaining 49 per cent shares can be held by the foreign investor/s, as sole ownership is only allowed to the local nationals for L.L.C incorporation. In reality, many companies are absolutely owned and managed by foreign shareholders. Even though as per law share of local UAE shareholder has to be maintained at a minimum of 51%. 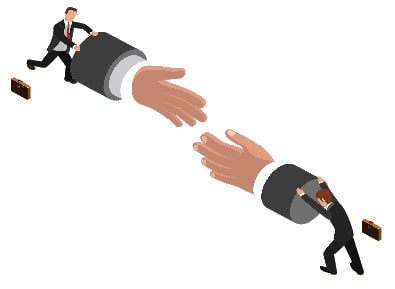 Given the legal scenario, foreign investors have resorted to side structures to keep their controlling financial interests in their UAE companies. Therefore, it is common practice in the UAE for shareholders to execute "Nominee Shareholder Agreements" (NSA) or "side agreements" between the parties. Under NSA, a UAE national agrees to waive all rights nominally held by the LLC, rights like to receive dividends, to exercise votes in general meetings, and to obtain any proceeds of the sale of the shares. In short, the provisions of the NSA circumvent UAE’s company law. NSA or the silent agreement prevents the UAE majority shareholder from taking part in the operations of the LLC, which makes the foreign partner the sole beneficiary and decision-maker of the company.

As a result of NSA or the silent agreement, the UAE national turns into a silent registered owner of shares or a 'silent partner', while the foreign investor secures all economic interests in such shares. Having a 'sleeping partner' means that the investment in the business concerning the establishment and operation of the company is made entirely by the foreign shareholder and the UAE national shareholder just acts as a local sponsor'. The UAE national only provides administrative assistance to the company like liaising with the authorities and arranging for the visas. An annual sponsorship fee is therefore agreed upon between the party, which is paid to the sleeping partner. Even though the company's Memorandum Of Association (MOA) and trade license may reflect de jure ownership by the parties, side agreements assist the foreign shareholder in protecting their interests and ensuring that they have control over the company.

The legal debate arises regarding the validity and enforceability of these arrangements. When a dispute arises between a foreign investor and the UAE partner, the crucial matter of concern is which agreement the court shall recognize.  Will the Court recognize the MOA, which is officially notarized and registered in the Commercial Register or will the court uphold the side agreement?

In order to answer this a question, one must take a look at the relevant UAE laws and legislations, which are primarily the UAE Civil Code, the Commercial Company Law, and the Anti-Fronting Law, along with examining the practice of the UAE courts in applying these laws. Article 22 of the old Commercial Companies Law (CCL), has been recently abolished and replaced by Law number 2 for the year 2015. The new law states that the UAE nationals' shares are to be at least 51% of the total shares in any LLC established in the mainland. CCL (Federal Law No. 2 of 2015) Article 29 – Clause 3 which reads as –

"If it is agreed in a company's Memorandum of Association that one of the partners is to be deprived of the profits or exempted from loss, or to receive a fixed percentage of profits, such Memorandum shall be deemed void."

A literal interpretation of the provision renders most side agreements illegal and void ab initio. Article 395, of the UAE Civil Code, states that if the contracting parties conceal a true contract with an apparent contract, the true contract will be effective as there has been severe criticism of the contractual setup that clearly compromised the UAE's efforts to involve more domestic operators in its national economy.

This ensuing debate also led to the enactment of the Federal law called The Anti-Fronting Law, the objective of which is to prohibit side agreements with UAE nationals. Failure to comply with provisions of Anti Fronting Law invites penalty. Under Anti Fronting Law there is also criminal consequences for repeated offences. It is important to note that the sanctions imposed under the Anti-Fronting Law apply to all persons who are parties to such side contracts.

After reviewing the law with respect to NSA or side agreement, now let’s take a look at how the courts in UAE have dealt with the issue. Abu Dhabi Court of Cassation pronounced (in Civil Appeal 30 of 2015) that a UAE national has no rights to claim profits from the company, if he has voluntarily sold his shares in the company. The Court stated that this is because the sale of shares would violate UAE Companies Law and public policy prevalent in the country.

In another judgment the Dubai Court of Cassation confirmed the Courts' of First Instance and Appeal judgments. The court here recognized the side agreement. The court in its ruling stated that:

[…] And whereas the lower courts have observed the above rules and grounded its judgment on: (the documents, particularly the declaration made by the appellant, which was dated later than the date of the MOA of the Company, and in the said declaration the appellant admitted that he had made no contribution to the capital of the company and has no rights in its profits or any of its assets……and the respondents have paid all the capital on behalf of the claimants. Hence all the profits and assets of the company shall belong to the claimants….)

"…- though the general rule is that it is permissible to use unwritten evidences as a method of proof, as per the provision of sub-clause (1) of Article 35 of the UAE Code of Proof, however the Commercial Companies Law number 8 for the year 1984  made an exception to that general principle, ….,and stated in article 10 of the said law that (testimonies are not admissible to prove what is contradicting the provisions of the MOA)- …- therefore it is impermissible to any of the partners to prove versus any other partner the fictitiousness of any of the provisions of the MOA, unless made in writing…"  (Emphasis added.)

Therefore, we can say that the Dubai Court of Cassation has made it clear that the only way to prove anything that is in contradiction with the MOA, is by documenting the side agreement in writing. Having said the above it should be noted that it is still safe to rely on the side agreements as the courts are recognizing them as far as they are in writing 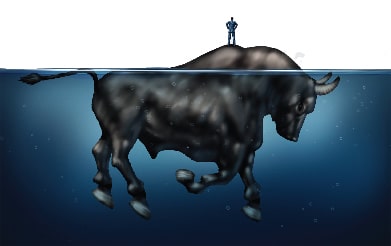 It would be inconsistent with UAE government’s business friendly attitude to limit or prohibit side agreements. As it would only deter foreign investers to invest in UAE. Despite the fact that legality and enforceability of side agreements is still in question, these types of arrangements, even though highly intricate in nature are and will continue to be very commonly used in the UAE. However, an option available to improve a foreign minority shareholder’s position could be to avoid the problem by establishing a UAE branch of a foreign business rather than a UAE LLC. The branch will require a UAE national agent to be appointed, but the agent will not have any ownership or management rights in the business of the branch.