overview of patent on software

“Upon filing a patent claim, your job is merely quarter done.” 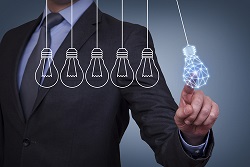 Try to make up your mind on the answer to one question before commencing your spell-binding read of this article. Now, the debacle that calls for a response is whether an inventor should get conferred with the right to suppress and retain his invention from the public. There could be two opposing views to that debacle. One states that such an act of retention of information could stagnate the growth of the human race (this means that we would still be in the stone age if the genius who discovered fire had not shared his technology of striking two stones together with his peers, almost around a million years ago!). Whereas, the opposing view states that it would be unfair if the inventions disclosure results in public domain since someone, somewhere had put in considerable efforts into developing it (even if it was just striking two stones together). Interestingly, governments and courts have also had an opinion in this regard over the years. Ergo, whichever be your opinion, strap onto it and let’s see if it changes by the end of this article.
Down the Rabbit Hole
The US Supreme Court also thought of going down this memory lane in the case of Alice Corporation v CLS Bank International  (the Alice Case) regarding the ineligibility of computer-related inventions to be patented due to their nature as abstract ideas. This contention mainly sat on a two-step process formed by the judiciary in the Alice Case. However, little did the world know that this decision was about to be a landmark case that would decide the fate of many other matters that were yet to come.
In this case, the apex court took the view that when assessing a claim, the Court must take into consideration and discover whether the application at hand focusses an abstract idea. If yes, then the claim can be construed as eligible for patenting provided that it has an inventive concept or significantly more than an abstract idea. The latter part of assessment must take into account the claim elements both individually and in combination. Courts have addressed the issue of patent-eligibility and the abstract nature of an invention by looking at the claims as a whole. They do so by determining whether the idea or concept has material existence, is part of a particular structure, or is part of a machine (as seen in Ultramercial Inc. v Hulu LLC ). Ergo, decisions post the Alice Case show an array of examples of what types of inventions would categorize as abstract. For instance, in the case of Digitech Image Technologies LLC v Electronics for Imaging Inc, the court observed that information organized through algorithms or mathematical correlation fell under the ambit of the term abstract invention. Further, it was decided by the Court in the Alice Case that things that are not abstract outside the context of patent eligibility will still have the potential to be considered as abstract within the context of patent eligibility.
Further, once an invention gets categorized as abstract, the second step that the court laid down in the Alice would come into effect. To satisfy the requirements and to qualify for a patent, the claim must be an ‘inventive concept’ or must ‘amount to significantly more’ than an abstract idea. In the Alice Case, the judiciary considered patent-eligible inventions as those that improve another technology or the overall functioning of the computer. However, if the software to be patented just allows a computer to perform generic computer functions that are conventional and known to the industry, then the software will not be patent eligible. Unfortunately, this was the extent of guidance provided by the court in this case.
With such limited direction for a stringent two-part test, the ability to distinguish between patent-eligible and patent-ineligible claims resulted in a harsh reality for software inventions in the coming years. Hence, the post-Alice era saw a series of rejected patent claims. For example, in the case of buySAFE Inc v Google Inc, the Federal Circuit affirmed the decision in the Alice Case and observed that an application for underwriting transactions over a computer network was an uninventive abstract idea that used basic computing components. Adding fuel to the fire for software developers, the United States Patent and Trademark Office (USPTO) subsequently published a letter on 25 June 2014 to patent examiners affirming the directions established by the Alice Case in determining the eligibility of the subject matter be patented.
Alice, Grounded. 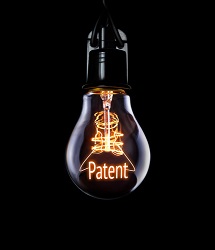 However, nothing is forever (except diamonds; however, diamonds can also be cut using a diamond cutter). Ergo, the diamond cutter in our article is the case of Enfish LLC v Microsoft Corporation (the EnfishCase) which saw the first reversal of matter, post-Alice, under section 101 of Title 35 of the United States Code. The software-related claim presented in this case was found to be patent eligible as per the fundamental requirements that were laid down by the Court in the Alice Case.
While using the Alice test, the Federal Circuit in the Enfish Case changed the perception of the requirements, most specifically the question of "abstract" nature. Software-related claims did not inherently present themselves as abstract. The Federal Circuit emphasized the oversimplification of the 'abstract analysis' and its improper use that downplayed the benefits of software inventions in the past years. Consequently, the court concluded on the matter with the following observations:
1.  the fact that software could run on a general-purpose computer could not be the sole reason for the rejecting a patent application;
2.  by its very nature, software is not physical and is unlikely to portray physical features; however, the development of computer technology owes its basics to the existence of software that can run on them; and
3.  obtaining the solution to problem vide a computer software is not an abstract idea, and hence, software patents are not inherently abstract.
Therefore, the defendants in the Enfish Case established the patent-eligibility of the software claim through the first step of the rule that got set in the Alice Case, by contending that the software in question was not abstract. Following this decision, the USPTO posted another letter on 4 May 2016 which provided a more detailed patent-eligibility guidance to examiners. In comparison to the previous, the subsequent letter by the USPTO stated that the second part of Alice Case test is simply a tool to filter the claims. Further, the significant update is that the USPTO confirms that an invention’s ability to run on the general-purpose computer does not mean it is inherently abstract and patent-ineligible. In application, this means that if the first part of the test is satisfied, as software is no longer inherently abstract, the second part need not be examined. Hence, this gave rise to a wider margin for software claims to get accepted as patent-eligible.
Conclusion
In light of Alice Case, Enfish, and the USPTO updates, the rollercoaster of computer-related patent-eligibility has not been a smooth one. Although the initial rise was difficult for inventions directed to software, Enfish allowed a steady decline into a safe area of potential eligibility. Applicants seeking to patent their software will find it beneficial to include in their patent application about the development that the software in question possesses to offer in the field of computer technology to escape the entrapment of categorizing it as abstract.
_______________________________________________________________
i.  573 U.S. _, 1134 S. Ct. 2347 (2014)
ii.  772 F.3d 709 (Fed. Cir. 2014)
iii.  Appeal Number 2013-1600-1618 (Fed. Cir. July 11, 2014)
iv.  765 F.3d 1350 (2014)