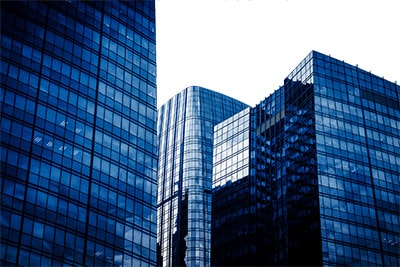 In August 2020, a new Anti-Commercial Concealment Law was introduced by Saudi Arabia’s Council of Ministers, which will be effective on the last week of January 2021. The law is introduced for the purpose of eliminating the shadow economy or an under-ground economy and restricting the sources of concealment. The law includes heavy penalties of jail time and fines, also the protection of whistle-blowers in anti-commercial concealment cases. The new revisions seek to prohibit the use of locally distributed business licenses that are used as "veils" by unknown foreign parties that are silently involved (usually in SMEs)

Earlier, the government had set up a ministerial committee to prevent commercial fraud and the practice of veiling in SME’s. The new committee will continue to investigate foreign nationals who own companies registered under Saudi citizens' names. Along with that, the advanced stages of cooperation between company licensing and staff visa-issuing authorities will take place.

Commercial concealment is characterized as any unauthorized business activity that encourages non-Saudi persons or companies to participate in or participate in business practices that they are prohibited from doing.

The main purpose of the introduction of the provision is to prevent the negative consequences of commercial concealment. There are several negative effects, including the erosion of market interest because of a lack of equitable opportunity. Such inequality facilitates corruption, increases the cost of operating enterprises in the country, promotes money laundering operations and economic fraud. In addition, social issues such as robbery and drug trafficking are exacerbated by it. In this sense, one of the key reasons for the breach of residency and job regulations by expats finding employment illegally is commercial concealment. Additionally, the unlawful practice of foreigners who come to the country claiming to be tourists, with the true intent of finding jobs, is one of the most negative effects of commercial concealment.

The Saudi citizens were also contributing to the inflammation of the situation by hiring foreigners to work in their homes illegally which contributed to the increase in commercial concealment and the unemployment rate of the locals. Therefore, the government set up National Program to Combat Commercial Concealment. It was introduced for the purpose of stimulating e-commerce, promoting the use of technological solutions, controlling the exit of funds, promoting private sector expansion, creating employment and enabling Saudis to invest and find solutions to the issue of foreigners' irregular ownership in the private sector. This will potentially encourage the citizens to own and do business in diverse fields of commerce and finance, and will include services for funding and financing.

The National Transformation Program 2020 paved the way for the development of regulations and legislation, intensifying censorship and raising awareness of the cover-up of crimes in all industries. In KSA, the commercial banks proceeded to apply the “Know Your Customer” (KYC) rule to all the transactions to prevent proceeds created from unlawful undertakings, such as commercial concealment. Commercial concealment is a significant economic and financial illness that ruins every country's market climate. In order to guarantee the presence of a stable and equal market climate, the Saudi government is committed to combating it. 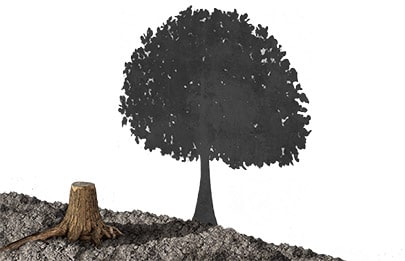 In addition to other means of testimony, the current legislation grants the appropriate parties the power to use the technologies to prove the offences and breaches of commercial concealment by "Electronic Evidence". The new legislation has incorporated the idea that the punishment may be diminished or removed for the infringer who arrives by himself to warn or report, in compliance with strict controls, of the crime of cover-up.

It should be noted that the current Anti-Commercial Concealment Law helps motivate small and medium-sized establishments and safeguard consumers from the negative effects of cover-ups. Notably, as stipulated in this law, the Ministry of Commerce is responsible for monitoring business facilities, receiving reports, and controlling crimes and violations.

It is expected that the strong provisions in the new Anti-Commercial Concealment Law will help motivate small and medium-sized enterprises to become more transparent, provide greater opportunities for entrepreneurial Saudis to participate in small and medium-sized enterprises and protect consumers against the negative effects of veiling and cover-ups.

Implementing Regulation of the Anti-Concealment Law

The Article 3 of the Anti-Concealment Law provides that the following are considered punishable crimes;

The new legislation allows for harsh sentences, without prejudice to any other intensive punishment provided for under any other rule, for offending individuals:

The Competent Agencies for the prosecution of these Violations: -

It involves the consideration and resolution of infringement of these rules.

According to Article 3 (1) of the Anti-Concealment Law, the Judicial officers shall investigate, which includes searches of the site where the economic activity is taking place, examine the records, access the surveillance cameras, go through the documents and data of the suspected companies, and shall ask for the parties to disclose the information related to the activity. The sites and properties can be confiscated if it's necessary to conduct a proper examination.

The Government of Saudi Arabia have taken extra measures to prevent the activities that lead to commercial concealment;

The Government of the Kingdom of Saudi Arabia adopted a new Anti-Concealment Act in August 2020, effective from the last week of January 2021. "The latest revisions seek to reduce the use of business licenses granted locally but which are used as "veils" for silently participating unidentified international parties (usually in SMEs) and are proof of the government's commitment to eradicate the so-called "cover-up market. The new laws introduce heavy punishments, including up to five years in jail and fines of up to five million riyals.

Doing business in the Kingdom of Saudi Arabia Part II

Guide on Doing business in the Kingdom of Saudi Arabia- Part II Tax XII. What contributions are made towards social security by the employee and the employer during the employment…