Saudi Arabia. A Time of Change 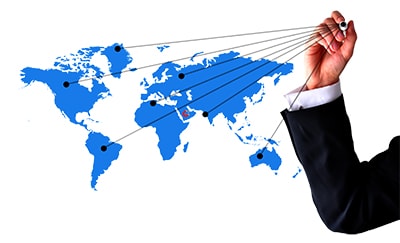 Saudi Arabia is going through a lengthy and extremely wide-reaching change in its regulations and general overall economic standing. These plans often referred to as the National Transformation Plan and Vision, is set to reach fruition by the year 2030. Up until relatively recently, the Kingdom has been in a position where it could rely mainly on its vast oil reserves, and regular influx of tourists of the Muslim faith and also the yearly pilgrimage. The oil present beneath the nation’s sand is said to account for 20% of the global total, which is the second largest reserve in the world at this moment. However, while being the second largest regarding sheer quantity, the county is the largest producer and exporter in the world.

With this considered, the Kingdom has not had too much of a reason to diversify, though it has done so in a limited manner. However, for as little as we know of the world around us concerning its resources, we do realize that everything within it is finite. In time, all oil will be used up, and with our current use which ranges in the tens of millions of barrels per year, an end is inevitable. We do not know the exact timeline, though theories are predicting a total depletion within the upcoming decades. When the oil runs out is not precisely known, and estimates do not look great.

When the oil reserves can no longer sustain them, Saudi will have to have other areas of their economy they can depend on, though this will only work in the case that there is already something set up. That is what the country is looking to work towards now with the diversification of their economy.

The country has numerous advantages already present that should be able to help them achieve the goals. Being the largest economy in the region, it has the potential to attract large amounts of FDI. It is also geographically in an ideal location, positioned between the east and west. It generally has a high level and quality of infrastructure and the highest population within the GCC.

There are many significant changes already occurring such as the ability for women to now obtain licenses and drive, and the allowance for cinemas following a 35-year ban.

As part of these grander 2030 goals, the Saudi Arabia General Investment Authority (SAGIA) will play a significant role. Foreign investment and further opening up business opportunities within the country may play a key role in achieving this target.

The Implementation of ISIC

For the economy to come on par with the biggest around the world (in diverse industries), it is critical to modernize the systems in place to allow for ease of setting up businesses and also, to provide higher levels of control and regulation.

The International Standard Industrial Classification (ISIC) has been implemented recently in its fourth iteration, with the goal of achieving just this. The regulation was formed initially by the United Nations during the late 1940’s with its first adoptions being in 1948, and in the time since its initial inception, it has been through multiple revisions and is currently on the ISIC revision 4; this is the state in which Saudi Arabia will be implementing the regulation into their system.

The revision four was initially completed and achieved its form in 2008 with all of the guidelines and regulation specified, though it didn't receive implementation in Saudi until January 1 of 2018. However, with this regulations wide-reaching nature and lengthy history, this will have no real overall adverse effect.

The regulation itself has received work over the past few years from the top experts within the United Nations themselves and around the world, and they use of it is already quite broad around the globe; this will cement Saudi Arabia’s place alongside world leaders when it comes to attracting FDI. The reason for this fourth revision was because the UN wanted to add in a few new classifications as they felt there were enough that had been missed out on or required new definitions. It also allowed them to tighten up what was already present.

This new implementation will ensure a more transparent business environment which is attractive to all parties within and outside of the Kingdom. It will ensure that the governing bodies and regulatory entities are aware of all of the activities performed by a company and also, the potential groups that wish to set up within the country will have confidence in the system. The competition will be far more fair and predictable.

Further to this, the fact that all businesses will have to go through this same process of licensing and regulation means that the nation will be able to collect data from all around the country and will have a record on all international entities within. This fact will allow for information gathering to become far more natural and figures can then be collected and made public. This more significant level of transparency of the system will also likely lead to a higher degree of trust and confidence from potential foreign investors.

On the international front, the amendments and changes have also looked to ensure the highest standards of global cohesion. Countries that haven’t adopted ISIC as it stands now or in any of its previous formats should not prove to hinder those who have or vice versa. The highest level of integration on all fronts is of the most significant importance of the ISIC.

What are the goals in relation to ISIC revision 4?

Of course, the most obvious goal of Saudi Arabia in introducing ISIC 4 is to boost the level of FDI that are coming into the country. However, beyond this, specific further benefits would arise. Some of the key aims are as follows:

The aim is that these results will follow after the ISIC 4 comes into action for all foreign investors that are obtaining licenses. There are already many foreign entities that are already present and active within the country. A large number of these organizations have performed business in Saudi Arabia for many years, and the sudden change may come as quite jarring. Also, with ISIC being more a system for new companies entering the market for the first time, has led the Kingdom to impose this only upon new companies rather than those already in place.

There is also a document available which contains all the possible license types and classifications of activities that are now available under the ISIC revision. The list is highly extensive with 21 different basic types of economic activities and hundreds of sub-categories further categories from which to choose. There is a subcategory for every business out there, and so the monitoring ability of the government and regulatory entities can be, not only highly accurate but also very specific. For example, there are four different licenses available for businesses that deal with water boiler and steam generators, and nine different licenses for the processing and painting of metals.

The Future of International Investment in Saudi Arabia

The adoption of this regulation is a significant step forward for the Kingdom and will propel them into the international arena on par with other major nations. 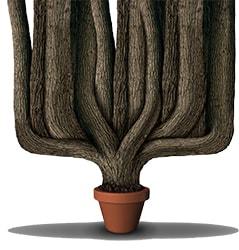 The hope is that this will help them to end their oil dependency before it is too late. Having an established system in place as soon as possible that is designed explicitly around international entities and investors will provide them with comfortability and confidence which may have been lacking previously. At the least, it will allow them to have a licensing system on par with the rest of the developed world.

Finally, the ability of the regulatory and government entities to closely monitor the economy and various markets within it will be a welcome addition. The depth of ISIC revision four will allow for the more in-depth analysis which will have the twofold effect of allowing for close monitoring and also allowing for the facts and figures to become more widely known, which could potentially help foreign entities to choose to come to Saudi Arabia.