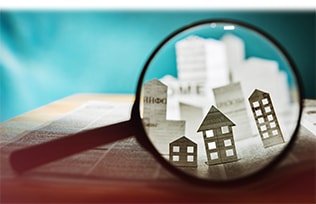 The Kingdom of Saudi Arabia declared a new commercial mortgages law (the "New Law") by the Royal Decree Number M/86 dated 08/08/1439H (which corresponds to April 24, 2018) and by the Council of Ministers Resolution Number 426 of the same date. The New Law came into force on April 24, 2018, and the implementing regulations to the New Law, pursuant to resolution number 43902 of the Minister of Commerce and Investment, were issued and came into force on May 2, 2018.

The New Law replaces the earlier commercial mortgages law (the "Previous law")  issued under the Royal Decree Number M/75 dated 21/11/1424H (which corresponds to January 14, 2015 ). The New Law is much more extensive than the Previous law and introduces several new concepts such as floating charges, the codification of the order of priority for security, which was absent in the Previous law. Further, the New Law also overturns certain provisions under the Previous law such as permitting security to be taken over the future property.

An asset to be secured must be :

The key features of the New Law can be summarized under the following points:

In the following heads, we will examine these key features of the New Law in comparison with the Previous Law: 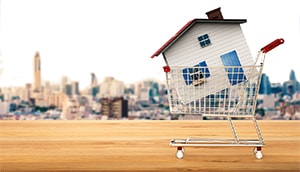 Under Previous law, only known, quantifiable, or crystallized debts could be secured. The New Law explicitly permits the securing of debts which arises in the future, including contingent debts. Also, additional drawing of debt (such as a loan facility) or the rescheduling of the same will not affect the effectiveness of the underlying security anymore. This provides clarification regarding the extent to which a security instrument executed on a particular date would legally cover all the future drawdowns under the related financing.

The New Law further requires that the property over which security is granted be either capable of being sold or being valued. In order for security to be granted over future rights, the following two elements need to be specified in the relevant security document :

Where the valuation methodology has not been previously agreed upon, the parties are required to appoint a certified valuer each, with the final valuation being the average of the two valuations computed by each of the two values.

The Previous Law explicitly did not apply to security being taken over amounts that arise in the future. The New Law, however, reverses this position and permits such security to be taken, provided the secured amounts are expected to arise before the repayment date of the secured debt. This suggests that taking security over future proceeds such as receivables are legally enforceable in the Kingdom of Saudi Arabia.

The provisions of the New Law explicitly permits the taking of security over a portion of an indivisible movable asset, where the security right would generally apply over the relevant portion of the concerned asset, as covered by the security instrument. Further, a person may also grant multiple interests over the same asset.

This provision helps clarify the position surrounding certain forms of security (such as assignments) taken in Saudi Arabia and its enforceability.  Further, in respect of commercial goods, registration cannot perfect the security since the possession of such goods are necessary to perfect the security unless they are subject to floating charges.

The New Law introduces the concept of floating charges, which is defined as those charges created over a movable property without the determination of the precise elements of such movable property. Floating charges may be taken in its entirety or as part of movable goods of a going concern, notwithstanding that the assets which are subject to such floating charges are expected to fluctuate from time to time. It appears as if that floating charges do not cover fixed assets. However, it is necessary to note that, the New Law does provide for a variation on the floating charge where, in the case of an incorporated entity, the float charge is understood to include the concern's entity's place of business as well.

In the event of a default,  floating. Until the crystallization of the floating charges, the concerned assets may be dealt with in the ordinary course of date-to-day business. As an exception to the flexibility over floating charges, the New Law imposes more requirements in respect of floating charges over commercial goods such as periodic reports specifying details including the location of such goods, their quantity, and value.

The Previous Law failed to clarify the order of priority of security. This limitation was cleared by the New Law, which clarifies that a security instrument has priority upon its registration at the UCLR; or upon the receipt of constructive possession of the secured property by the secured party or its agent. It also lays down the following order of priority:

The New Law permits the taking of security over accounts, which had been absent under the Previous Law. Such security needs to perfect by its registration at the UCLR or any other relevant register. Further, the bank holding the account needs to be notified about the security over the relevant account and should have agreed to comply with the provisions of the relevant security instrument with regard to the usage of the secured account.

Unless otherwise agreed upon, the person granting the security over the account balance may not transfer or withdraw the amounts from the account.

The New Law permits the taking of security over a specified share of an indivisible asset. A security may be taken over a shareholder's ownership interest in the share capital of a limited liability company. Pursuant to the Saudi company regulations, the recourse of the security holder will, however, be limited to the dividends that accrue to such shares and will be able to sell the shares only by way of court auction. 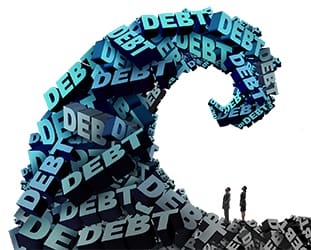 Under the Previous Law, there was a Board of Grievances as the judicial body through whom the security over commercial property was to be enforced. In the New Law, a differed approach has been conceived, where security may be enforced either directly by the secured party by presenting a security instrument issued by the UCLR, by providing it for immediate enforcement to the relevant authorities, or by providing an instrument issued by the UCLR which provides for the enforcement of the security to the Enforcement Court.