Agency Laws in the GCC Countries - An Extensive Guide 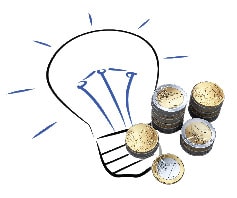 The extension of the multinational partnership is either setting up its subsidiary in remote purview or to tie up with the local organization in a foreign jurisdiction. United Arab Emirates (UAE) is one of the distant locals where international organizations are going into office concurrences with the Emirate nationals keeping in mind the end goal to grow their business in the UAE since the UAE being a well networked international port. A global entity wishing to set up a company offshore with cost-effective investment UAE is a standout amongst the most advantageous alternative where the foreign companies either enters into distribution agreement or makes an arrangement with the commercial agencies to expand their business with the locals. The UAE Agency Law manages these commercial agencies and distribution agreement in the UAE according to amended Federal Law 18 of 1981usually known as Agency laws. Federal Law 13 of 2006 concerning agency law was revised and revoked in 2010. However, the Federal law 18 of 1981 was a reestablishment.

The Emirate of Abu Dhabi established Federal Law Number 11 of 1973 which centers around the task and control of business office exercises. This arrangement of Federal Law Number 11 of 1973 had constrained the foreign business in Abu Dhabi and had created various challenges for the government about essential regulation carried out for commercial activities additionally talked about in this guide.

These agency agreements have a positive effect on UAE's economy since there is an increment in Foreign Direct Investment (FDI). Indeed, even the previous Ministry of Economy SheikhaLubna Al Qasimi states that "The new revisions will certainly boost the financial market in the UAE. This law declared out of the longing to improve and keep up steadiness in costs and guarantee that organizations are not controlled to expand costs." Furthermore, the administration of UAE His Highness Sheik Khalifa bin Zayed Al Nahyan, President of the UAE and His Highness Sheik Mohammed receptacle Rashid Al Maktoum, Vice President and Prime Minister of Dubai, they all are resolved to offer help for the development of the economy in the UAE.

STA Law Firm house one of the leading corporate attorneys in the entire of UAE. We believe that commercial agency laws for the protection of local agents from the termination of agency agreements by the foreign entity without any legitimate reasoning. Besides, the comparative study of agency laws covering the UAE, Oman, Kuwait, Bahrain and Saudi Arabia. 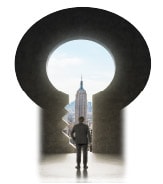 The definition of commercial agency law as per Federal Law Number 18 of 1981(the UAE Agency Law) ‘any disposition whereby an international company is represented by an agent to allocate, vend, tender goods or services within the UAE for a charge or profit.’  The rights of the Emirate agents are only protected under Federal law 18 of 1981 (UAE Agency Law)if the registration of agency agreement with the UAE Ministry of Economy. Unregistered agreements do not render the rights of Emirate agents or protect them from the termination of agency agreement by the foreign principal under UAE Agency Law. Additionally, UAE commercial agent should hold a valid and appropriate license in each Emirate along with enrolment with the Chamber of Commerce in each relevant Emirate.  Article 4of the UAE Agency law (Federal law 18 of 1981as amended) states that there should be a straight connection between a UAE commercial agent and the foreign principal without any interference by the regional or multi-country sales agent. On the other hand, Article 5of the UAE Agency Law (Federal Law 18 of 1981as amended) states that ' A qualified commercial agent will be regarded selective in its domain, however, enables an international organization to delegate a different commercial agent for every emirate.' The Federal Act, 1981defines Commercial Agency as ‘the representation of the principal by an agent for distribution, sale, display or provision of any commodity or service within the state (the UAE) in consideration of any commission or profit.’ Here the word principal includes the manufacturer, whether based in the UAE or overseas. A common phenomenon observed in all the GCC countries is that if there is no registration of commercial agency agreement, then it will not be recognized by the courts or an agent will not have solid ground to defend himself from the termination of an agency agreement.  Therefore, commonly tan here are two types of agency agreements such as:

The Emirate of Abu Dhabi enacted Abu Dhabi Law Number 17of 1969 which states that “no person is permitted to conduct any commercial activity before obtaining a license by the commercial License Law of 1969.” This provision of law had created commotion in the commercial market which limited the Foreign Direct Investment in Abu Dhabi. Therefore, Abu Dhabi Law Number 11 of 1973 repeals Abu Dhabi Law Number 17 of 1969 which encourages Foreign Direct Investment as it focuses on operation and regulation of commercial agency activities. In Abu Dhabi, a business agent does not have exclusive rights over the products of the foreign entity once they enter commercial agency agreement as an agent is a mediator. An agent is a mediator for foreign companies to set up their business in Abu Dhabi because without an agent a foreign corporation cannot expand their business in the UAE.

According to Abu Dhabi Law Number 11 of 1973 it is not explicitly mentioned that registered or qualified agent would be protected under a specific provision if the foreign entity terminates agency agreement without any valid reasoning.

Furthermore, in other jurisdictions of the GCC countries, qualified agents are protected under their specific agency laws if the registration is agency agreement is carried out before the Commercial Agency Registrar. This guide entails in detail about agency laws in the GCC. Click here to read more.