The Risk and Liability in Franchising - UAE & International Overview 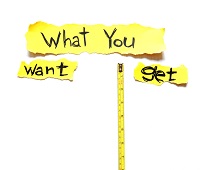 You cannot bring the Canadian winters to the UAE, but you can enjoy the warm coffee of Tim Hortons in the UAE. UAE has the answer to most of your cravings from back home, whether you are missing the butter chicken or chicken and waffle. This multi-diverse country is a global hub of franchising. The franchising business in the United Arab Emirates (the UAE) has been developing consistently over the last couple of years. Abundant international companies have expanded their organizations in the Emirates over the recent years. Their diverse multi-social populace and their excellent business condition have transformed the UAE into a social and visitor focus positive for diversifying. The many open doors the Emirates give enable organizations for any industry to flourish. The UAE is the focal point of this dynamic franchising as it is a business gateway to the MENA region. The Emirates holds the second place in the UK about the global retail brands with Dubai as the most common choice to invest. From organic cafes and supermarkets, fancy eateries, to thrift shops and top of the line garments brands, most of the world-known names are available on the UAE marketplace.

The law in the UAE mandates that only UAE nationals or corporations wholly owned by UAE nationals or those with a UAE partner or sponsors are allowed to conduct business. However, there is an exception to the companies who have their presence in the free zones. The companies in the free zones are free to opt a foreign law to govern their agreement. On the other hand, UAE federal laws apply to commercial arrangements such as the Civil Code and the Commercial Transactions Law govern unregistered contracts or companies having their presence in UAE mainland.

The UAE legal system differentiates between the two forms of agreements, registered agreements and unrecorded in the ministry of economics. In general terms, these laws recognize the right of parties in an unregistered deal to contract with each other on conditions as they may concur and are free to choose a foreign law to govern their agreement. And there are also some events where the local courts will not consider the parties choice of law and administer the contract under UAE law.

Accountability of the Third Parties

As in the event where the franchising agreement creates an agency, the franchisor (the principal) could be liable for acts performed by the franchise (the agent) in the ordinary course of business. It is a situation where someone is held responsible for the actions or omissions of another person.

The rules regarding the vicarious liability of franchisors can be complicated and vary from state to state.

Vicarious liability, reputedly the most common tort theory of recovery against franchisors arises from the principal-agent relationship or an employer-employee relationship between the parties to the contract. Vicarious Liability occurs because of the proven actual agency or proven apparent body and also because of direct liability, where the franchisors can Be Responsible for Its Negligence and acts or omissions.

If the agent enters into a contract with a third party under his actual authority, the agreement came into will create contractual rights and liabilities between the principal and the third party.

And the doctrine of apparent authority rests on the premise that one who causes a third person to believe someone is his agent should bear the loss associated with that third party's reasonable reliance on the presumed agent's supposed authority. For example, in Crinkley v. Holiday Inns, The Fourth Circuit Court of Appeals upheld a jury verdict against Holiday Inns. A gang of “Motel Bandits” who burst into the plaintiff’s room at Holiday Inn had robbed the plaintiffs.

The court noted that the defendant franchisor "engages in national advertising... without distinguishing between company-owned and franchised properties."  And The plaintiff’s testified that they chose Holiday Inn because they thought it would be a “good place to stay” based on her previous visits to the chain

As seen above, the franchisor's "holding out" of the franchise as being part of one business entity (using the trademark, advertising, or architecture), and the consumer's reasonable reliance on the franchisor's representations. The evident expert can likewise happen where a vital ends the specialist of an operator, however, does not advise outsiders of this end.

Percentage of US ownership depends on the business activity and the purpose of the office the US company wishes to establish. US companies are allowed to open representative, branch or regional offices with 100% ownership, however, are limited to direct specific business exercises. If a US organization wishes to establish a business in the UAE, at that point, the law requires a joint venture with a UAE national owning at least 51% of the market.

The contract of the agency is considered a commercial deal and the agent acts according to his professional activity. Under this law, the agent carries out legal action on behalf of his client and at his request for a commission charged by the client. And any third party who contracts with the commission agent may not refer to the principal who remains a foreigner from the contract. And the agreement does not establish between the principal and any person who has contracted with the commission agent any legal relationship authorizing one of them to refer to the other under the pretext of gluttonous.[i]

Any harm dome to another shall render the actor, even though not a person of discretion, liable to make good the harm.

1.      No person shall be liable for the act of another person, but the judge may upon the application, of an injured party, and in the event. In his opinion there is justification for taking that course, render any of the following persons liable as the case may be to satisfy any amount awarded against a person who has caused the harm:

a)      Any individual who by law or by assertion is obliged to administer a man who requires supervision by his being a newborn child or as a result of his psychological or physical condition. Unless it demonstrates that he did 'his obligation of control or that the harm would necessarily have happened regardless of whether that assignment had been, completed with the best possible care; or

b)      any individual who has real control, by a method for supervision and heading, over a man who has caused the harm, despite that he might not have had a free decision if the demonstration causing hurt was conferred by a man subordinate to him in or because of the execution of his obligation.

The UAE is an important market with the presence of a large number of businesses through franchising. There is no law or legislation regarding franchising in Dubai and/or the UAE and franchising related operations are subject to civil and commercial requirements with principles of Shariah Law on business transactions. Based on the above, it becomes clear that unlike the USA, the UAE holds the view that a person shouldn’t be liable for another person’s act if he is not directly responsible for supervising his law and had no control over the code. Also, that the agent acts out of his capacity for running the business and the principle, i.e., the franchisor cannot be liable for the acts of the agent, i.e., the franchise.