NLRB’s New Proposed Rule with Regard to Joint-Employers 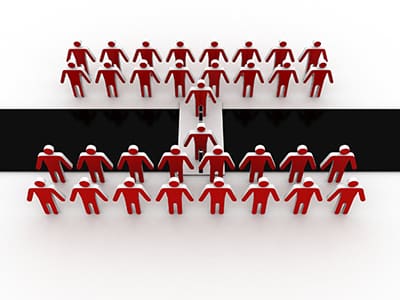 The National Labor Relations Board (NLRB), on September 14, 2018, issued a Notice of Proposed Rulemaking setting the standard for determining the existence of joint-employer relationships. According to the NLRB, the said proposed rule would provide predictability, stability, and consistency in the determination of the status of joint-employers.

The definition of Joint Employers is important and became an issue for franchise companies, businesses with subcontractors, staffing firms, and the like which have businesses involving interconnecting operations or supplying employees to another business.

The proposed rule will be final after the receipt of public comments on the same, the deadline for which ends on November 13, 2018.

Before we look into the proposed rule, to fully understand the definition, it is necessary to examine the following:

Joint Employer is the legal term used to refer to the co-employment relationship among two or more organizations that exercise a certain level of control over the same employee or group of employees. Joint Employers usually share some degree of liability over the shared employees.

There are two types of Joint-Employment:

Horizontal Joint-Employment- under this type, the employee has multiple employers. For instance, a doctor who distributes his practice between two separate corporate entities.

Vertical Joint-Employment- This is focused on economic realities of employment, where one entity is in service to another. A suitable example of this type is where an employee is hired into a firm through a staffing agency or a temp agency.

The Significance of defining Joint-Employer

Joint-Employment of either type involves increase liability and compliance problems. For instance, in the case of Horizontal Joint-Employment, since the employee distributes his time between two or more practices, common legal issues that arise between the employers are with regard to overtime pay, travel time, eligibility for benefits (where the employee may be entitled to full-time benefits), and the complexity surrounding the Workers’ Compensation.

However, in Vertical Joint-Employment, the employee typically works for only one service, without distributing their time. This involves a different set of complications. For instance, when an employee is obtained through a temp agency or staff agency, the hiring company can be held responsible for the Agency’s improper employment practices. Say the Agency has been failing to pay overtime to the employees, the penalties could be leveled against both the Agency as well as the hiring company.

The National Labor Relations Board (NLRB)

The NLRB, founded in 1935, is an independent federal agency protecting the rights of the employees in the private sector to join together to improve their working conditions and wages. NLRB's Headquarter office is located in Washington D.C.

The Board has a five-member panel, elected by the President for a five-year term and acts a quasi-judicial body in deciding disputes under administrative proceedings.

The Board carries out the following activities:

Brief Background to the Proposed Rule 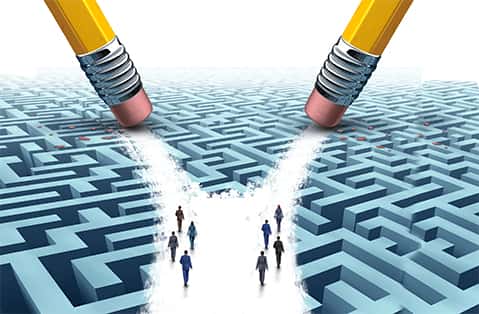 To provide clarity to the Board’s proposed definition of Joint-Employers, it is necessary to examine the Board’s decisions in two cases, namely:

Issue: whether Browning-Ferris Industries (BFI) and Leadpoint Business Services (Leadpoint) are joint-employers of the screen cleaners, housekeepers, and sorters.

The Facts of the Case:

BFI owned and operated a recycling facility, which essentially sorted the materials received into separate commodities and after recycling, sold them to other businesses. BFI solely employed approximately 60 employers, who were part of an existing separate bargaining unit represented by the Union. Workers were provided by Leadpoint to BFI to work on the platforms and sort the materials as they passed through the conveyor belts.

Examination of the relationship between BFI, Leadpoint, and its workers:

Ruling by the National Labor Relations Board

The NLRB reversed the Regional Director’s decision that Leadpoint is the sole employer of the concerned employees and held that both BFI and Leadpoint to be Joint-Employers of the said employees. The NLRB also laid down a standard for determining joint-employment.

The new standard dictated that the Board may find two or more employers to be joint-employers of the same employees if they share the responsibility of determining the essential terms and conditions of the employment. The initial inquiry with this regard is where there is common-law employment, which when confirmed, then shifts to whether the putative employer has any sufficient control over the terms and conditions of the employees’ employment. The deciding factor in both these questions was the existence, extent, an object of control exercised by the putative joint-employer. This includes the power of decisions in matters relating to hiring, firing, supervision, discipline, and direction.

The Board reversed the requirement that the putative employer must not only possess the authority, but must also exercise the same direction, immediately, and not in a limited manner. The Board held that what is essential is the actual exercise of the authority whether direct or indirect.

To summarize, the Board established the standard that for an employer to be considered as a joint-employer, it is essential that such an employer is conferred with the authority and control to determine the terms and conditions of the employment; this is regardless of whether such power is exercised at all, or exercised directly or indirectly.

The Facts of the Case

Charles Brandt and his three sons owned two seemingly separate construction businesses- Hy-Brand and Brandt. The former carried out work on steel warehouses and other structures with employment of about 10 workers, while, the latter largely undertook public works and other construction projects, employing over 140 employees.

All four principals had the same ownership interest and played the same management role in both the entities. They maintained identical workplace rules, shared a single payroll and benefits administrator, and provided the same benefits to its employees.

There was even evidence of interrelated operations between the entities, where the employees worked together, shared equipment, and performed construction services for the other entity.

In 2015, five Hy-Brand employees and two Brandt employees undertook a strike to protest against the unsafe working conditions, substandard wages, and benefits provided to the workers. This protest consequently led to them being fired.

There was no dispute over the commission of the said unlawful act or regarding the legal status of the two entities and the principals, that is, the Brandt family.

All the facts pointed towards the two entities being considered as a single employer since they shared common ownership, management, control of labor relations, and even carried out interrelated operations.

The NLRB agreed with the decision of the Administrative Law Judge in its decision that HY-Brand and Brandt are joint-employers but disagreed on the legal standard (Browning-Ferris standard) that was applied by the judge in deciding the same.

The NLRB, in this case, rejected the standard set in the Browning-Ferris case for the following reasons:

The NLRB, in the above case, decided to overrule the Browning-Ferris standard and returned to the standard that existed prior to such decision. The said standard stated that to establish a Joint-Employer relationship, there must be evidence of actual exercised control by the alleged joint-employer entities over the essential employment terms and not merely have a reserved right to exercise the control. The control must be immediate and direct, rather than indirect as under the Browning-Ferris standard, which implies that a joint-employer status will not prevail from the control that is limited and routine. 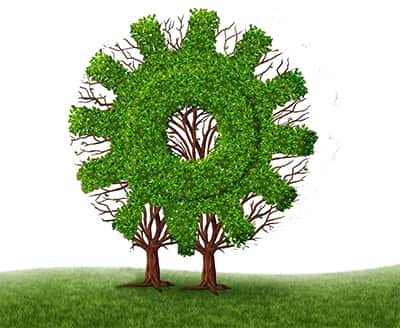 The Board’s proposed rule defines the standard for determining a joint-employer relationship. Under S 2 (2) of the NLRA, an employer may be considered a joint-employer of a separate employer’s employees only if the two employers share and determine together the employee’s essential terms and conditions of employment. The employer must possess and actually exercise a substantial degree of direct and immediate control over the essential terms and conditions of the employee’s service in a matter that is not limited or routine.

This definition as we can see would narrow the standard for establishing a joint-employer relationship to what was followed from 1984 to 2015, prior to the standard laid down in the Browning-Ferris decision. Also, on 26 February 2018, the NLRB issued a notice vacating the standard set under the Hy-Brand decision.

The NLRB’s new proposed rule if passed, would narrow the standard of determining the existence of a joint-employer relationship. The new rule primarily requires that the concerned employer must have had not just theoretical or reserved right to exercise the control (directly or indirectly), but should have actually exercised such authority in a substantial, direct, and immediate manner over the concerned employees.

This new definition could offer wider protection to franchise companies, businesses using subcontractors, staff or temp agencies, and any other entity that has or is perceived to carry out interconnected operations.

To Lease or to License… In the United Arab Emirates, there are stringent requirements for leasing… if only there was another way. There are two concepts which many jurisdictions recognize,…