Panorama of Customs Duty in India Part I 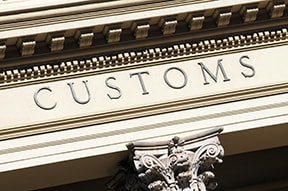 We all have read in our childhood or seen in movies that how centuries ago, to enter a kingdom, a merchant with his merchandise had to give some gift to the king. In due course, this tradition has formalized and now given the name of customs duty on goods exported from the country and imported into it. The flow of goods across borders demands a monitoring and controlling system, to protect the domestic industry and to prevent any illegal activities or products from entering the country.

Every country has its own set of customs laws.  Customs Act, 1962 describes the significance of customs duties that form a source of revenue for India. Custom obligations in India go back to the eighteenth century when the British East India Company came to political power in India. The organization of this obligation commenced through various laws during the British period.

The three presidencies to be specific Bengal, Mumbai and Chennai had their own particular traditions controls. Until 1859, there was a regular tax; be that as it may, the tariff underwent necessary amendments in 1867, 1870, 1894, 1932, 1934 and 1939. After autonomy of India, a noteworthy change was affected in 1975 when Customs Tariff was lined up with the Customs Cooperation Council Nomenclature (CCCN), which is the globally acknowledged order.

Under the customs Act 1962, Customs Duty is an indirect tax. The Article 265 of India's Constitution provides that “no tax shall be levied or collected except by authority of law”. The customs Act 1962 and the Customs Tariff Act, 1975 are the two primary statutes that govern the entry and exit of goods into or from the country.

The object of customs Act 1962, which extends to the whole if India is:

i.    To levy and collect Duties

ii.    Regulation of Import and Export

iii.   Prevention of illegal activities such as smuggling

Even products belonging to Government are subject to levy, though they may receive exemptions by notification(s) under Section 25 of the act.

“Adjudicating Authority” which means any authority competent to pass an order or decision under this Act, but is not inclusive of the Board, Commissioner (Appeals) or Appellate Tribunal. 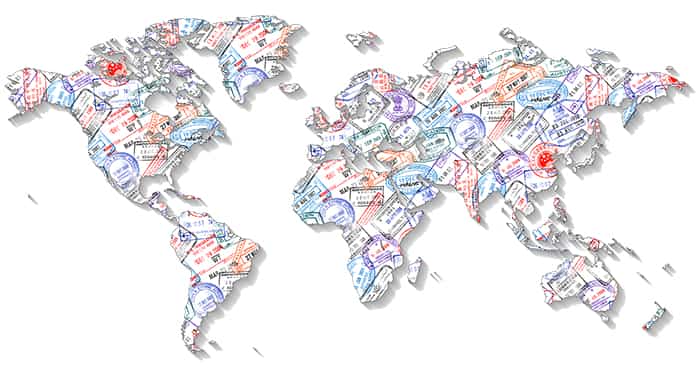 The Central Government is the rulemaking Authority, and the Central Board of Excise and Customs (CBEC) has the delegated power of making regulations.

In the past expense administration, laws of customs duty, Excise and Service Tax and VAT set out the duty treatment of imports and fares. In the present Goods and Service Tax (GST) organization, Excise, Service Tax, and VAT will require submission into GST, and custom obligation will continue its imposition independently.

The GST is a general destination-based tax leviable on the manufacture, sale, and utilization of goods and services at what would be considered a national level which subsumed other circuitous duty, in this way keeping up a vital separation from different layers of tax evaluation that by and by existing in India. It has made a solitary, brought together Indian market to make the economy more grounded. The embodiment of GST is that the falling impacts of both CENVAT and administration charge are anticipated that would be evacuated with set-off, and a logical chain of set-off from original producer’s point and service provider’s point up to the retailer’s level will be established.

Duties imposed at the time of Import

Where any article is traded by an exporter or maker from any nation or domain to India at not as much as its typical esteem, at that point, upon the importation of such article into India, the following will be possible. The Central Government may, by notice in the Official Gazette, force a hostile to the anti-dumping obligation not surpassing the edge of dumping in connection to such an article. The counter dumping obligation is dumping edge or damage edge whichever is lower. Dumping implies sending out merchandise to India, at costs littler than the ones in the household market of the trading nation, subject to specific changes. To forestall spill, the Central Government may collect ADD up to the edge of dumping (MOD). MOD is the distinction between the normal esteem and the cost charged for fares to India. A typical sum implies the practically identical value in the conventional course of exchange, in the sending out nation, in the wake of making changes under the degree of states of the offer, tax assessment, and so on. Damage edge implied the distinction between the reasonable offering cost of local industry and landed cost of the foreign-made item.

Additional duties of Customs, which are, in parlance referred to as CVD (Countervailing Duty) and Special Additional Duty of Customs (SAD), would be replaced with the levy of Integrated Goods and Service Tax (IGST).

IGST is chargeable on goods imported into India. CVD is still payable, wherever applicable on the imported goods for which GST Laws are not relevant.

Any article which is foreign made into India might, likewise, be obligated to integrated duty at such rate, not surpassing 40% as is leviable under area 5 of the Integrated Goods and Services Tax Act, 2017 on a similar article on its supply in India, on the value of the imported material.

The UAE is a federacy of seven states. Each state has its ruler, and the rulers together frame the preeminent advice representing the body of the UAE, with the leader of Abu Dhabi as the leader of the nation and incomparable administrator of the armed force. Every Emirate is liable to its particular local laws and regulations governing internal affairs. Matters identified with the UAE in general legitimate body would require a federal law or pronouncement affirmed by the president of the UAE.

Customs has existed in the UAE for more than one hundred years and looking back at the evolution customs took institutional shape in the age of the late Sheikhs Zayed bin Sultan Al Nahyan and Rashid bin Saeed Al Maktoum, Ruler of Dubai.

The supreme council in Riyadh on its 20th session (27-29 November 1999) adopted The Common Customs Law of the GCC Member states. Initially, the intention of passing the act was as a reference law for one year from the date of approval. The supreme council demanded comments from the Secretariat General of each member states on the rule to implement it as a necessary act for all the Customs Authority of the GCC Member States to adopt. The UAE being a member of GCC applies the "Common Customs Law of the GCC (Gulf Co-operation Council) States" which is pertinent in all GCC states, in which any commodities are crossing the customs line, at importation or exportation, are liable to the provisions of this law. This law is approved by federal proclaim number 85 for the year 2007. The products imported into the nation are responding to the customs levy determined in the Customs Tariff issued as per the Common Customs law

The Federal Customs Authority (FCA) draws the customs policies, regulates the execution of customs-related statutes and enactment and speaks to the UAE inside and outside the state. Nearby customs offices do the official work and draw the customs policies for every emirate inconsistency with the Common Customs Law.

Depending on where merchandise is predetermined, the U.A.E. can delegate Mainland Customs Zones or Free Trade Zones with the recognizing factors illustrated beneath. 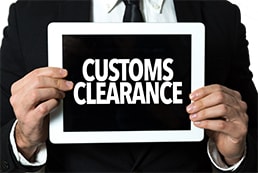 In general, goods destined for the U.A.E.'s Customs Zones are subject to duty under the Gulf Co-operation Council (GCC's) Common Customs Law while goods destined for Free Trade Zones are exempt from tax. Generally, a levied 5% customs duty on all products imported into the UAE exists. Higher obligations of 50% to 70% apply to imports of luxury goods such as tobacco. Certain assets are exempt from customs duties for public benefit reasons, including pharmaceuticals and agricultural products

The UAE has also promulgated Federal Law No 13 of 2007 on commodities that are subject to import and export controls. Under the Law, the Ministry of Economy and Commerce can impose bans on imports, exports, and re-exports for reasons related to safety, public health, the environment, natural resources or public policy.

Products prohibited from entering the GCC Customs Union or the state of final destination or transit.

The following have exemption: