Trademark and Design Rights in India

Overlapping of Rights in India: Trademark vs Designs

"When you brand yourself properly, the competition becomes irrelevant" 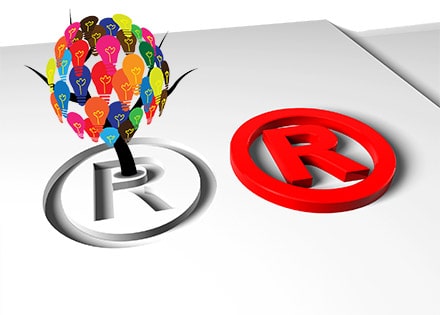 Every brand owner creates a unique identity for themselves that sets them apart from their competition. Brands such as McDonald's, Google, Starbucks, and Pepsi etc., have created such a remarkable reputation in the market by fashioning these iconic logos that can be identified by anyone, anywhere. The creation of this unique identity can therefore be achieved by creative designs, both functional and non-functional.

The line between trademark and designs tends to get a little blurry; therefore, it is imperative for us to clearly demarcate the distinguishing features between these two intellectual properties and also identify how rights enumerated under them may overlap with one another. Despite designs being a distinguishing factor with regards to the shape and appearance of a product, legally, it is recognized as a trademark or a trade dress, which leaves the design or non-functional aspect of the product to mainly focus on the aesthetic creations thereof.

The most important feature that sets apart a design from a trademark is the objective that they aim to serve. While a trademark identifies and recognizes the manufacturer of the product, a design deals with the commercial appeal of the product. When these two objectives intersect, the problem of overlap arises. For example, the McDonalds logo creates commercial value while also enabling a consumer to distinguish it from other brands just by its logo; in this instance, overlapping between design and trademark can be identified.

Another example of design and trademark overlapping is Coca Cola, the unique shape of the Coca Cola bottle was initially registered as an industrial design but later on registered as a trademark due to the mark becoming highly distinctive and acquiring recognition in the market.

An interesting case of overlap was seen, with reference to Indian law on designs and trademarks, in the matter of Crocs Inc. USA vs Aqualite India Ltd & others (CS COMM. 903/2018). The Petitioner in the matter had registered their design and filed an infringement action against the Respondent and an action for passing off to restrain the use of their footwear design; the Petitioner prayed to the court for imposing an injunction for such use by the Respondents.

The question that arose, in this case, was whether the rights to restrain a user under the passing off provision was available to a registered design holder. In Indian law, protection is granted to a registered trademark holder under common law, but the same protection is not envisaged under the Design Act to a design holder. Therefore, keeping this in mind, the court was of the view that protection cannot be granted to the Petitioner on the grounds of novelty and prior publication.

Further, if protection was afforded to the Petitioners herein, it would lead to monopolizing of the Petitioner's product and would therefore prevent innovation in the market. The Design Act specifically intended to curb "backdoor evergreening"; therefore, granting relief of passing off to the Petitioner would basically defeat the purpose of the Act altogether.

A similar case was brought before the Delhi High Court, Mohanlal vs Sona Paint & Hardware (2013) 55 PTC 61 (Del), wherein it was held that registering a design after its registration expires as a trademark would not be protected since it amounts to the overlap of provisions of both Acts leading monopoly of the Petitioner in the market.

Therefore, taking into consideration the above precedents, it can be said that the overlap of designs and trademarks can be misused by parties to extend their protection under the law, which would lead to monopolizing and curbing competition and innovation in the market.

It must be further noted that design rights are subject to the lapse of protection since they last only for a specific number of years and after the lapse of which they cannot be renewed. On the other hand, the registration of trademarks can be perpetually renewed. 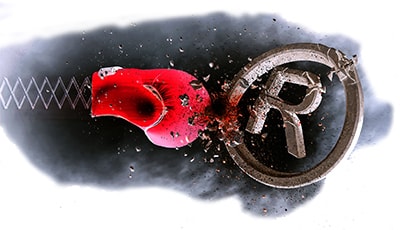 Insofar as the registered trademark is under threat or detriment with regards to his reputation, he can claim the protection of his rights.

This infringement may be in the form of:

Infringement can pose a threat to the registered proprietor by:

There is a myriad of precedents with regards to infringement of trademarks, the most popular one being; Coca Cola Company vs Bisleri International Pvt Ltd.

In this particular case, Defendant had sold and assigned rights to the trademark 'Maaza' to the Claimant, despite that, applied to register the trademark under the name 'Maaza' in Turkey in order to export the fruit drink thereto.

The Claimant was therefore granted a permanent injunction of the trademark on the grounds of infringement and passing off.

During the existence of design copyright, any person who is not a registered design owner is not entitled to use the design by:

In the case of M/S Whirlpool of India Ltd vs M/S Videocon Industries Ltd., the Claimant prayed for a temporary injunction against Defendant on the grounds of infringement and passing off. The Claimant argued that the design of the washing machine sold by Defendant was of the same shape as sold by the Claimant. Defendant further argued that the design was not novel and hence could not be granted protection under the Designs Act. The court, rejecting the argument of Defendant and granting an injunction, said that the design could not be invalidated even if it is not novel and previously published since there existed similarities in the designs of the washing machines.

The overlap between trademarks and designs basically defeats the purpose of the individual legislations that have been enacted for that purpose. It poses a threat to the product and brand owner's inherent distinctiveness, basically making it forgettable, arbitrary and ordinary, which is never the aim.

Therefore, there arises a need for restricting such an overlap between the two distinct intellectual properties for the reasons enumerated hereunder:

Legislations for the protection of a brand are enacted in order to prevent trade practices that may be harmful to a business. From an economic point of view, a single brand having a monopoly over the whole market slows down the economy and consequently curbs competition in the market. This lack of competition slows down innovation further. To further enunciate this fact, when a brand attains such great power over the market, they are able to charge higher prices which in turn slows down the demand of the product quantitatively and hence, the quantity being produced also slows down. This market structure is, therefore, harmful to the economy than in the case of a competitive market.

Unfair competition often arises as a result of the infringement of trademarks. However, it can also arise out of dual registration of a mark under both the design and trademark legislation; this stunts the growth of other brands as it continues to stay protected under both legislations, leaving no room for healthy competition and innovation. The smaller business then resorts to unfair trade practices which deceive the consumers by selling goods either under a trademark that already exists or infringing some other legal right of the trademark owner.

Unfair competition may arise out of:

In order to prosper, such unethical practices need to be kept in check so that businesses can prosper; businesses need to engage in honest trade to boost the economy and, in turn, boost innovation in the market.

To maintain the brand name and continue the use of the mark or design, it must be ensured that such registration is done appropriately to convey the exact characteristic under the appropriate Legislation that affords protection thereof.

A trademark refers to the overall brand image or appearance of the product; it includes all elements that can be used to promote a product or service. On the other hand, a design deals with the non-functional characteristics of the product that includes the configuration, ornamentation or a combination of the two.

A trademark affords protection to the goodwill of the company and protects the image of the brand that the consumer associates with the brand. Conversely, design protection only deals with the appearance of the product and not the functionality and structure. 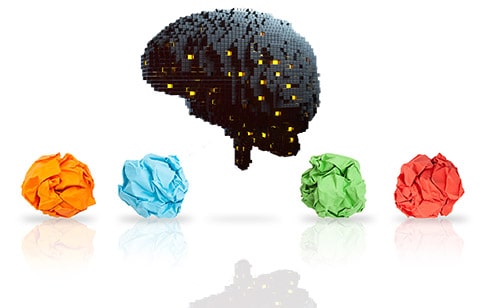 Many companies engage in registering a unique design under the design act so that eventually, its distinctiveness can allow it to be registered as a mark. This process is acquired through extensive and continuous use of the mark. For example, the Coca Cola bottle shape and the triangular shape of the Toblerone chocolate bar, which started out as a three-dimensional industrial design and later became registered as a trademark through extensive use.

Dual registration of marks under the trademark as well the design legislations can serve fruitful commercially, to protect different aspects of the brand or product. However, this protection can only be valid if it meets the legal requirements as enumerated.