“There is certainly no kind of property, in the nature of things, so much his own, as the works which a person originates from his own creative imagination: And when he has spent great part of his life in study, wasted his time, his fortune & perhaps his health in improving his knowledge & correcting his taste, it is a principle of natural justice that he should be entitled to the profits arising from the sale of his works as a compensation for his labor in producing them, & his risk of reputation in offering them to the public.” – Joel Barlow

Intellectual Property Rights are a set of proprietary rights that are granted to the Individuals over their creation. The holder or owners of these set of rights are entitled to various exclusive privileges and immunities. An example of intellectual property rights includes the right which is available to a musician or an author of a publication from his work being infringed or violated. These set of rights differ and vary from country to country. Intellectual property applies to the various creations of an individual such as inventions, artistic works, literary works, designs, etc.

However, in the case of a copyright, the idea must be expressed in a material form, in order, to be entitled to the benefits of protection. Intellectual property as a right was recognized for the first time in the Paris Convention for the Protection of Industrial Property (1883) and the Berne Convention for the Protection of Literary and Artistic Works (1886). Similar to patent and trademark, ‘Geographical Indication' is also an essential type of intellectual property right.

This article will analyze the need for the protection of ‘Geographical Indication’, as well as, its National and International obligations within the UAE:

The TRIPS Agreement defines geographical indication as "indications which identify a good as originating in the territory of a Member, or a region, or locality in that territory, where a given quality, reputation or other characteristic of the good is essentially attributable to its geographical origin."

The concept of Geographical Indication:

Earlier the concept of “Geographical Indication” was mainly used to denote agricultural products belonging to a particular region, since various factors such as soil and climate of the region would make an impact on the quality of the product. However, with globalization and development, now these indications are used on a wide range of products, whether manufactured or natural; and they convey assurance of being unique and having a particular quality which is attributable to a geographical locality, region, or a particular country. The indication of the origin may relate to a town, as well as, for example, Swiss Chocolates, Pinggu Peaches, etc.

The philosophy behind Geographical Indication:

The ‘Geographical Indication’ protection is recognized as an intellectual property right, which is accessible to the consumer to use such intellectual property and to restrict others from making any similar use of such property. Since ‘Geographical Indication’ is a sign which certifies that the product possesses certain qualities and it is necessary to protect them. The core idea behind the development of this concept was to protect an individual from the violation of his privacy and the form of his expression.    Therefore, if the concept of ‘Geographical Indication' is not protected, it would definitely violate the principles of natural justice.

Need for protection of Geographical Indication:

Geographical Indications denote the quality, value, and peculiarity which a particular product possesses and therefore, they have a certain amount of reputation affixed to it. This kind of reputation is based or dependent upon the place of the product's origin and the value attached to it; therefore, if ample protection is not provided, the product maybe misrepresented which may cause confusion to the general public or to the consumer who violates the principles of protection of Intellectual property rights.  Use of indications by persons who are not authorized to use it deceives the consumers, and moreover, it affects the reputation of the genuine product.

Example: As we all know ‘Darjeeling Tea’ is world renowned and has a certain characteristic attribute attached to it. It possesses such reputation owing to its geographical origin. Therefore, if a person produces a product in the name of ‘Darjeeling Tea’ without it being produced in the Darjeeling gardens, it would have a deleterious effect on its consumers, since it is purchased with a genuine trust and confidence. Thus the ‘GI’ right grants a monopoly right to the owner from his product being infringed. Another example is that of the Comté Cheese, for the production of which, it is necessary that the milk should be from the French Simmental breeds.

Some of the benefits of the grant of ‘Geographical Indication’ are the following:

Since the application of ‘Geographical Indication’ has been widely recognized throughout the world, they stand on an equal footing with other intellectual property rights such as trademark and copyrights. The growth of technological advancement has also resulted in an increase in the manufacturing process and new methods of production. Therefore, the need for the protection of geographical indication is of utmost importance.

Hindrance for the protection of Geographical Indication: 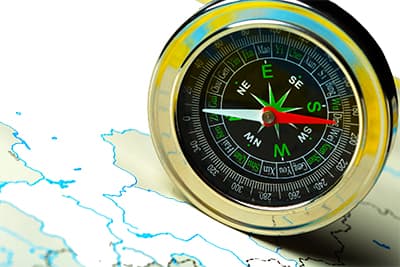 The Federal Law Number 8 of 2002, as mentioned above, provides provisions for the protection of Geographical Indication and it states as the following:

(6) “Geographical names and data when they would create uncertainty as to the origin or source of the goods, the products or the services."

(8) "Marks which are likely to deceive the public or which contain false indications as to the origin or source of the products or the services or as to its characteristics, as well as Marks containing an indication of a fictitious, falsified or counterfeit trade name." 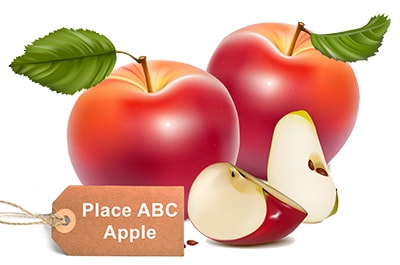 Therefore, it evident from the above set of legislation that the UAE not only grants protection to patents, copyrights, plant varieties, and industrial designs but also advances protection to ‘Geographical Indications’ as well. The ambit of the Federal Law No.8 of 2002 is wide, and it gives protection not only to a particular commodity but also includes a wide range of goods and services. Further, Geographical Indications are not only protected through National legislation and International agreements but also through concepts which prevent unfair competitions.

Therefore, the concept of ‘Geographical Indication’ is an instrument for linking the quality of a commodity and its geographical origin. It is pertinent to note that with the current globalization and trade liberalization, Geographical Indication has become a subject matter of great significance. Further, the UAE is able to fully reap the advantages of geographical indications and can grant adequate protection to various goods and commodities from infringement.