Overview Focus: Trademark registration of scent Trademark and its issues

The Registration of Scent Trademark and its Issues

“Perfume is the most intense form of memory.” 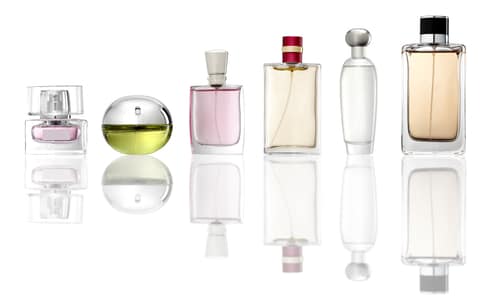 In the previous Article concerning Registration of Smell, fragrance, olfactory marks and Aroma Trademarks – Global overview, we discussed a perspective of major countries in the world in regards to smell marks. However, the other aspects of the smell marks are discussed in the following article.

Will the aroma of fresh mint or lavender in a particular kind of tea, would be more attractive to you because of its smell? Will the smell of the product lean you towards buying the product even more? Well, these are subtle ways where manufactures familiarize us with their products.The question here arises, as to how far can a trademark be stretched to protect a fragrance of a product?

Can a scent be claimed?

In today’s marketplace, most of the companies are constantly attempting to produce the cream of the crop products and services. The services and products are just not limited to Its visual effects but industries go to create a greater strength and product loyalty be engaging other senses of the human body. The sheer number of competitors in any particular industry is making it more difficult than ever for companies to capture and preserve substantial market share. While eye-catching symbols and entertaining statement are still the top of the game in the types of trademarks. Nevertheless, non-conventional marks like color, scent, and taste are no longer a scarcity.

However, Scent marks are more challenging than visual trademarks as they are defined subjective and are therefore open to interpretation. The difficulties that arise from human sensitivities whether the scent mark functions as a trademark. The smell makes the strongest impact on our mind and remains in our memory for a longer period of time. In relation to a successful registration, scent marks are considered as the most difficult marks to be represented graphically and objectively to the relevant authority. We all choose and distinguish between products based on their smell, even more, fragrance can tell us a lot about the product and sometimes you can even recognize some of the products based on its smell.

In this consumerist oriented society, trademarks are a crucial part of this journey, we might as well certify that the smell of the product consumed is strong and durable enough to last in our memory and otherwise. Corporations are seeking to list their smell as a way to differentiate their products from a sea of competitors. Recently, there has been a lot of attention given to the scent tramcar. Laws and regulation need to keep pace and follow up with the huge development that is happening in the field of science and technology to provide it with the required protection. It is known that the Intellectual property laws aim to do that, provide the technological innovations with protection. The question that arises, is smell covered under the protection of Intellectual property laws?

In 1990, the United States patent and Trademark Office Trademark Trial and Appeal Board ( theTTAB) decided in Le Clarke and for the first time to order the trademark office(PTO), to issue a fragrance trademark registration, they predicted at that time that people would  use the Clarke decision as basis to claim fragrance trademark registration in the future, but the number of people who applied for Scent marks registration was surprisingly less, although it was expected to have a greater demand considering the number of products that use scents in a primary way.

In recent years, we have already seen in part 1 of this article that was published previously about this matter is that it is subject to change depending on each legislation in different countries and that the UAE Law covers protection of sound and motion pictures under the UAE’s intellectual property law. Australia and Canada’s legislation currently include the scents under its protection. Other jurisdictions include New Zealand, Korea, Peru, Columbia, and France. The amendments published in the Royal declaration on April 29,2016, to Thailand’s trademark Law included the addition of sound marks under Section (4)of the definition of the mark but neglected the importance of the scents giving that there were conflicting opinions around it. For specific articles on trademark registration in Dubai, trademark registration in GCC and trademark registration in the Middle East, please click here.

Don’t take away my fragrance…

The registration of such fragrance in the legislation that acknowledges the trademark and copyright protection for these fragrances can raise complications generally in deciding the elements that need to be taken in mind to know if it’s possible or not, some of these problems include but are not limited to:

There are some smells that are regarded as a generic smell. For example, Pine oil is known to be a disinfectant and is included in many cleaning products. Therefore, the smell of pine oil comes generally with this product which means that it is nearly impossible to use the pine oil to differentiate between diverse cleaning products.

Similarly, the scent of lemon is used in dishwashing cleaning liquids because of its anti-bacterial properties. It becomes a custom among people to consume lemon scented dishwasher cleaning liquids, and because it is a generic smell, it can’t be registered as a trademark by an individual. 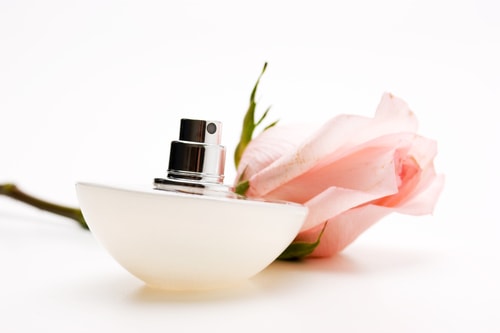 In the recent decision of TTAB, it was discussed that “a mark is deemed functional if it is a feature dictated solely by function”, here it specifies that only the possession of a function does not make a mark necessarily functional.

In the famous Morton-Norwich case, “the court considered the functionality of certain spray bottle design. It pointed out that the requirement of non-functionality is not mandated by statute, but is derived entirely from court concluded later that “the claimed spray bottle mark was not functional for, among other things, it was not shown to be the best design available, or one of a few superior designs, and the perceived effect upon competition of according trademark status to the design would be minimal at best”. The court then turned I’s heads to the issue of distinctiveness as it acknowledged that for the applicant’s mark to be considered it must also appear to be originally distinctive, or at least show any sight of distinctiveness. Later the court found that the separate distinctiveness issue had not been considered by the TTAB, ergo, the case was again remanded for some good reasons.

As observed, it appears that the scent trademark issue mainly focuses on providing rational “Competition”, a point of view that gives the competitors a fair opportunity to use. For example, the same geographical designations for their product, or offer goods or services that share the same surname or apply the same descriptive terminology to their articles. Designating goods or services emanating from a particular source, that the mark becomes distinctive and the source is permitted to register the term as a mark. In this case, a proof of distinctiveness is required. It may well be that some perfumes have a commanding and dominant natural smell that others should not be directly precluded from using displays the distinctiveness and excellence before the federal registration would take place. In some cases, such distinctiveness may be impossible to establish. For example, the smell of jasmine is popular in perfumes. because of that, any perfumes express a jasmine smell might well view as generic, which mostly leads to it being non-registrable.

In a recent case Hasbro, Inc. filed an application to trademark the scent of PLAY-DOH under the Trademark Law.  ascent cannot be trademarked unless it is intrinsicallydistinguishing. The company described the smell as “a unique scent formed through the combination of a sweet, slightly musky, vanilla-like fragrance, with slight overtones of cherry, and the natural smell of a salted, wheat-based dough.” While Hasbro did claim it as a distinctive smell, the registration of scent mark is still not widely recognized.

Can ascent be graphically represented?

While some people think smell can’t graphically represent, studies show it is possible because each compound has its own chemical architecture, exactly as it is possible to represent a sound through time domain waveform, it is possible to represent the smell graphically. It will also react differently if it was subject to bombardment by a stream of electrons as it will fragment in a particular pattern and leave behind a unique fingerprint of the compound. The scent is a chemical compound in its gaseous phase that our nostrils develop to detect, and the scientific field also developed many analytical techniques to detect and analyze the chemical compounds of the smell.

If a picture is worth a thousand word than the ability to represent the scent in a graphical way is worth a lot more for the trademark world!

In conclusion, registering a fragrance depends on various elements and tests that are used to decide in comparison with the other items as well, meaning fragrance is to be evaluated for registration just like any other mark. As these examples illustrate and publicizing advantages to registering scent marks, and the efforts are meaningful if it results in an exclusive source that may be more valuable and profoundly connects with consumers than a typical visual trademark.