In the previous issue, we discussed the various categories of aircraft lease such as a wet lease, dry lease, and damp lease. We also covered broadly the legal requirements for leasing an aircraft in the UAE and its implications. The aviation lawyers at STA continue with part II of this series and discuss the technical and legal dimensions of aircraft lease in India and Singapore. 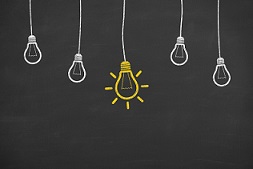 The Director-General of Civil Aviation (the DGCA) under Government of India is the authority regulating civil aviation industry. Following are the regulations which govern the legal aspects of leasing by Indian operators of Indian or foreign registered aircraft. DGCA’s authorization or permission is mandatory before leasing an aircraft in India.

The parties, to get aircraft on lease, must submit an application before DGCA (Air Transport Directorate) for approval of lease arrangement. The Indian operator or registered owner shall submit the following document(s) before forty-five (45) days of proposed commencement of operations: (a) 3 sets Aircraft Leasing Form (LF-1 - foreign registered aircraft leased to Indian operators);(LF-2 - Indian registered aircraft leased to foreign operator); (LF-3 -  leasing planes by an Indian from another Indian player to ) (b) a copy of the lease agreement and other documentation that confirms compliance with Section 3, Air Transport Series ‘C’ Part I - Civil Aviation Requirements (c) Consent of Foreign Civil Aviation Authority – which is required before a leasing permission.

While granting permission for a lease arrangement, the DGCA (ATC) will examine fulfillment of certain requirements which are as follows:

I. Foreign registered aircraft can be leased by Indian operator if they are operating at least one aircraft registered in India on its Air Operator Permit (AOP). Further, the aircraft eligibility requirement is provided to be considered eligible for seeking permission:

ii. registered with the foreign State;

iii. have a valid Certificate of Airworthiness, and

iv. will not be the subject of another lease in the term of the lease authorized by DGCA for that specific aircraft;

vi. Further, the aircraft should not have completed more than 45,000 pressurization cycles free from accident or seventy-five (75%) of its design economic life and have its maintenance program approved by the foreign regulatory authority.

General requirements include inspection of aircraft and review of maintenance records for long-term airworthiness for aircraft that are subject to Airworthiness Directive (AD) with particular attention to factors stated in Civil Aviation Requirements (CAR). If the foreign air operator maintains the aircraft, the organization that will perform and certifies the work must have a valid maintenance approval for the aircraft type which is the subject of the leasing transaction, issued by the airworthiness authority of the country of the lessee. This permission will ensure that an evaluation of the maintenance organization has been carried out by the respective foreign civil aviation regulatory authority.

Additionally, if the Indian operator leases the aircraft to a foreign operator, the DGCA inspectors will evaluate the external air operator’s ability to maintain the plane to the Indian airworthiness standards by:

(i) investigating the suggested maintenance facility; (ii) reviewing the qualification(s) of maintenance personnel; (iii) supervising certification responsibilities; (iv) ensuring the operator is informed of and will comply with Indian standards in all respects; and (v) review foreign maintenance laws to determine their norms and whether they conflict with the Indian rules.

The lessor is liable for operational control of the aircraft during the term of the lease. In a damp lease, the operational monitoring and qualification(s) of crew provided by the lessee should be addressed and aligned along with the lessor’s operations policies. Wet or damp lease (in) is permitted only in emergency situations by the DGCA. Situation(s) cover unexpected grounding of the aircraft holding existing AOP/AOC, aircraft(s) under scheduled maintenance or checks or in any other unforeseen circumstances.  In above cases, wet leasing is permitted only for the duration of the grounding of aircraft. Further, Wet or damp lease (In) is not entitled to capacity or route expansion purpose of an existing AOP/AOC holder. The abovementioned provisions will not apply in the case of lease executed by the government.

The lessee is liable for the operational control of the aircraft under its AOP/AOC for the duration of the lease. The period is twelve (12) months, subject to one-time extension of additional twelve (12) months. All the requirements relating to foreign registered aircraft will uniformly apply to a dry or wet lease.

The foreign aircraft must be certificated as per FAA/EASA regulations. To be imported, they shall meet the age criteria as stated above and as laid down in DGCACAR Section 2, Series F, and Part XX.

The aircraft should have following valid certificates issued by the State of Registry at the time of import:

It is the responsibility of Indian operator to ensure that the above documents remain valid during the entire term of the lease. The aircraft should conform with the minimum equipment requirements specified in applicable CARs of DGCA. CAR Section 3 –Air Transport Series ‘C’, Part XIII, Issue I has laid down the training and operations criteria.

The restrictions attached to wet lease makes it difficult for Indian operators to lease for short term and the dry lease has, therefore, become a more prevalent practice in India while considering leasing option. Negotiating with the understanding of regulations will provide better leasing partnership clauses. 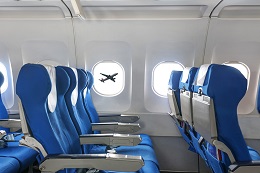 Singapore provides benefits of the Aircraft Leasing Incentive Scheme (ALS) to an approved aviation leasing companies which derive income from the onshore or offshore leasing of any aircraft or aircraft engine or any other prescribed activity.  A concessionary tax rate of 5% or 10% for five years provided to such approved aircraft leasing companies.

An ALS approved company, on a case by case basis, may apply to a withholding tax (WHT) exemption at interest and qualifying related payment(s) from qualifying foreign loan(s) that finance the acquisition of the aircraft or aircraft engines. WHT exemption for interest and qualifying payments on loans undertaken by ALS approved companies from non-resident lenders (excluding permanent establishments in Singapore) obtained before 31 March 2017 to finance the purchase of aircraft or aircraft engines is attached to ALS.

CAAS’ leasing policy under Clause 13 lays down obligations expected from lessee and lessor in operational leases (which includes wet and dry lease).

Duration of the wet lease in is stated to be six months, subject to a one-time extension of an additional six months. Whereas, wet lease out can be for twelve (12) months.

Duration of a dry lease in is 12 months, and dry lease-out is also 12 months, subject to a one-time extension of an additional 12 months.

In all types of leasing arrangements, paragraph 88 of the Air Navigation Order (ANO) requires Singapore AOC holders to report to CAAS all reportable occurrences involving the leased aircraft. CAAS may, on a case by case basis, prescribe additional requirements relating to the lease arrangement. Intra-State wet lease duration is provided for 12 months, subject to a one-time extension for an additional 12 months. Singapore AOC holders that need to rent an aircraft for a period longer than the stipulated term in Table 2 i.e. as provided above for wet, dry lease and the Intra-State wet lease will need to provide justifications to CAAS for the requested extension of contract duration. CAAS’ approval for lease arrangements involving Singapore AOC holders and Singapore registered aircraft is mandatory before executing the lease.

Various CAAS revisions issues and the latest being Revision 25 (issue 2) dated 11 January 2017 of Revisions Number 21 (Issue 2) which was valid from 9 February 2015 has laid down the airworthiness requirements of Singapore. Singapore Airworthiness Requirements (SAR) has set out the minimum requirements in respect of maintenance requirements, airworthiness of aircraft, licensing of aircraft maintenance engineers, aircraft engineering, and the approval of persons and organizations. Failing to comply with the provisions provided in SAR cause suspension of or revocation of, the license and approval and may be subject to the penalties provided under Thirteenth Schedule and the section 80 (5) and (6) of the ANO which includes fine as well as imprisonment up to 5 years.To learn more about the prosecution and criminal implications, please get in touch with one of our lawyers in Singapore or lawyers in Dubai.

After submitting an application for airworthiness before DGCA, an inspection of all the relevant data and records (as stated in Appendix I of chapter 2.2 under SAR) should be produced. Under the Appendix different documents as per new aircraft, first-of-type aircraft, and used aircraft. The general requirement(s) for a new aircraft include the documents such as list of Service Bulletins (including Alert Service Bulletins on aircraft engines, propellers (as applicable) and equipment, equipment list, noise certificate, etc.), Export Certificates of Airworthiness for the aircraft, engines, and propellers (as applicable) etc.

Singapore is striving to be aircraft leasing hub of Asia by providing various incentives in the form of ALS and WHT. Further, Singapore also added explicit declaration under the Cape Town Convention for availing self-help remedies for creditors thereby facilitating creditors and insolvency administrators under Singapore Cape Town Act a better option for deregistration of the aircraft and the possession of aircraft by exporting and physical transfer of the plane from Singapore. An authorized party can exercise this through lodging of an irrevocable de-registration and export request authorization with the CAAS. Ergo, it is evident that Singapore is certainly challenging Ireland’s position as leading aircraft leasing country though Ireland has retained its global clientele.