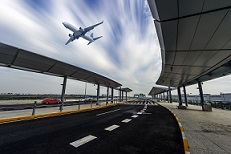 The diverse interest prices and the difference in legal aspects of leasing (in general) have become one of the major issues which make the aviation industry just as uncertain as the shipping industry. It thereby becomes necessary to consider different financial structures and options for maintaining business income and tax considerations of owning an aircraft has led aviation industry to consider financing structures like leasing an asset rather than purchasing. Leasing is not for everyone, and hence the purpose and utility of an asset needs to be assessed before leasing an asset like aircraft. Factors that may lead to consideration of leasing an aircraft rather than buying is to provide temporary augment in the fleet capacity of the airlines due to season or economic conditions, the cost of operating an aircraft for short-term, maintenance liabilities, anticipated revenue generation, so on and so forth. Though the process seems to be a financially convenient option for airlines, it is important to note that this process, in reality, is time consuming, cumbersome and complicated with the regulations in place to ensure technical aspects for ascertaining the safety of airlines service users.

Complexities in lease agreements arise due to maintaining asset value (by addition of details of the value of aircraft and audit records), adding pre-mitigation clause for any adverse events, legal jurisdictions, multi-jurisdictional use of aircraft, protection in any events of default in payments, maintaining records of total operational life of the part as required by regulatory authorities, maintenance or servicing and repairs, airworthiness of the aircraft, insurance provisions, operation expenses, delivery conditions, re-delivery conditions, end of lease compensation, so on and so forth. It is therefore pertinent to understand the types of the lease as the legal aspect revolves around this technicality.

The types of lease depend on the requirements and various considerations of tax and revenue by the lessee (airlines company). Primarily, there are three types of leases for aircraft lease: (1) wet lease; (2) damp lease; and (3) dry lease.

In wet leasing arrangement, the lessor company or owner, who is leasing out the aircraft to the lessee, provides ACMI (Aircraft, Crew, Maintenance, and Insurance) to the lessee. The team includes pilots, engineers and flight attendants and the lessor also pays the salaries of the crew. A wet lease is a short-term lease, and the aircraft usually operates under the lessor’s Aircraft Operator’s Certificate (AOC). The lessee pays fuel charges, airport fees, and other duties or fees payable. The payment in a wet lease is based on block hours operated fixed by lessor while entering into the lease agreement. Therefore, the usage of the aircraft is immaterial regarding payment. This lease is also called ad-hoc charter often used for reasons such as trying or initiating new routes for airlines, peak seasons, etc.  The lessee has financial control over the operations of the aircraft and uses its airline designator code and traffic rights while operating the plane.

A damp lease is primarily a wet lease without the provision of the crew which becomes the responsibility of the lessee. Another name for this term is AMI (Aircraft, Maintenance, and Insurance). The crew/ team provided by the lessee is sought to undergo Safety and Emergency Procedures (SEP) training for the leased aircraft to provide them with an initial training or guidance.

There are two (2) types of contracts on a dry lease, i.e., operating lease and finance lease.

Operating lease: Lease wherein the right to use the aircraft is made available for lease period which is shorter than aircraft life and the return the plane upon expiry of such period the aircraft without capitalizing the asset on lessee’s financial records. Therefore, in operating lease, the lessee incurs rental expenses which are “off-balance sheet financing.” The operating leases have tax incentives for lessee as they do not create an asset or liabilities on balance sheet thereby enhancing financial ratios of the lessee.

Finance Lease: Another term for finance lease is a capital lease. In finance leases, there if a transfer of risks and rewards incidental to ownership as there is a bargain purchase option by the end of the lease period. Thus, there is capitalization of an asset. The finance lease is for a more extended period than dry operating lease as it covers more than 50% up to 75% of the aircraft life. The value of lease payments is higher than 90% of the plane’s market value.

The dry lease kind of arrangement is often entered between banks as lessor and airlines as lessee, so the carriers manage the operation of aircraft. Further, the transaction also gets established between regional and major international airlines for operating the airplane under the name of major airlines which the regional carriers (providing all the crew, maintenance, and insurance) operate.

To discuss further on technical legal aspects of the aircraft lease which can be exhaustive, we will focus and elucidate on following country’s legal requirements.

The Federal Law, Number 20 of 1991 (UAE Civil Aviation law), governs the civil aviation industry in UAE. Its jurisdiction extends to:-

(a) the civil aircraft registered in the U.A.E, wherever they may be, subject to the laws of any foreign state in which they may be operating;

(b) the civil airports in the U.A.E., including all technical activities such as air traffic control and the installation, operation and maintenance of communication equipment, radio equipment, navigation aids, meteorology, etc. and

CAR - PART 1 provides for definitions including dry and wet lease. The dry lease arrangement is “An agreement between undertakings under which the operation of the aircraft is operated with the air operator certificate (AOC) of the lessee.” The Wet lease arrangement is defined as “An agreement between undertakings according to which the aircraft is operated with the AOC of the lessor.” In CAR-OPS 1.165 (b) General requirements for leasing are provided. This regulation also adds a definition for damp lease as “Damp lease is when the airplane is operated under the AOC or authorization of the lessor with a partial crew.”

The general requirements for leasing state that an applicant for an AOC or an existing operator who wishes to lease aircraft must submit lease agreement along with other relevant details such as:

Requirements for leasing between a UAE operator and any entity

CAR-OPS 1.165 (c) provides for requirements under leasing of aircraft between UAE operator and any company.

For any lease in arrangement whether dry or wet, the approval of GCAA is mandatory. Further, any conditions which are part of this approval must be included in the lease agreement.

For dry lease-in arrangement, a UAE operator shall ensure that any differences from the requirements prescribed in subparts K, L, and CAR M, are notified to and are acceptable to the GCAA.

About aircraft that are wet leased-in, a UAE operator shall ensure that,

For dry lease-out arrangement, a UAE operator may dry lease-out an airplane for commercial or private air transportation to any operator of a State which is a signatory to the Chicago Convention only upon fulfillment of following conditions:

For wet lease-out arrangement, a UAE operator provides an aircraft and crew to another entity and retains all the functions and responsibilities in subpart C, shall remain the operator of the aircraft.

For damp lease-out arrangement, a UAE operator provides an aircraft and flight crew to another entity and retains all functions and duties prescribed in Subpart C shall remain the operator of the aircraft.

Requirements for leasing at short notice

Due to unforeseen or immediate need, if the UAE operator needs replacement of aircraft, the approval required as mandatory, as provided above, will be deemed to have been granted, provided on the fulfillment of following conditions:

Recently, owing to the lower oil prices, extremely low-interest rates and competition from Chinese and American lessors there has been pressure on aircraft leasing rates. Further, due to growing demand by the UAE airlines for temporary fleet capacity increments during seasons, UAE is becoming a prominent market for aircraft leasing arrangements. UAE has been a leader in aircraft leasing in the Middle East. Hence, insights on UAE Aviation Law will always be handy for to venture into the market regional market.

In the next issue, our lawyers will continue to discuss further the technical and legal aspects surrounding leasing an aircraft in India and Singapore. Keep reading!