Enforcement of foreign judgments by the state of Qatari courts is governed by Article 379 of the Commercial and civil procedure code Law No. 13 of 1990.  Chapter One to Chapter Three explains the Executing of foreign judgments, orders, and official bonds.  Article 379 of this law expresses that the decisions and orders issued in a foreign country may be ordered to be executed in Qatar with the similar conditions established in that country for conducting Qatari judgments and orders there. The request for the execution is mentioned by requesting the litigant to appear before the execution judge at the High Court, in the usual conditions for recording a case.

Article 69 of the Procedural Code states that judgments should be rendered and enforced in the name of the highest authority in the country. Any decision violating this public order will be null and void.

When agreeing with one of the parties is in Qatar or the contract is partly or performed in Qatar. The Qatari courts will uphold the parties' choice of foreign law and jurisdiction or dismiss them considering the Qatari statutes and courts. The parties may decide on the laws of another jurisdiction to govern the terms of their agreement. A competent Qatari Court will agree to the parties' choice if the provisions of the chosen foreign law do not contradict public policy or morality in Qatar.

Applying a foreign law by a Qatari court can experience challenges.  A party contenting in favor of using foreign law should produce a properly authenticated translation of the relevant laws of the foreign jurisdiction, or else the local court will apply Qatari law. Producing a certified translation on time, especially when the foreign governing law is un-codified. If a party neglects to give the authenticated translation, the Qatari court will apply Qatari law regardless of the parties' agreement. 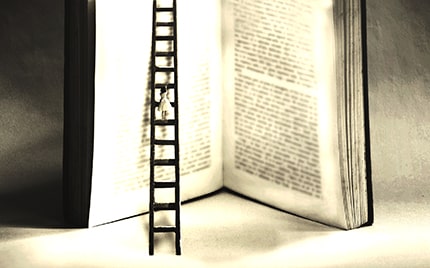 Applying a foreign law by a Qatari court can experience difficulties. A party contending for the utilization of unfamiliar law should deliver a correctly verified interpretation of the pertinent laws of the unfamiliar purview any other way the nearby court will apply Qatari law.

Article 380 expresses that the enforcement of foreign judgments or orders shall not be issued unless the following is verified.

From the above, it is clear that the Judgment pronounced by a court will be in accordance with the law of the country where it was pronounced and duly certified.

In addition to the presence of the litigants in the case where the foreign Judgment was issued, and that they were properly addressed, and to guarantee that the Judgment had the power of the res judicata in terms of the litigants in the case refraining from returning to a conversation in this matter that was settled on, even with new legal or factual evidence, the foreign Judgment should not conflict with any decision or order recently issued by any court within the nation and also it should not conflict with the public order and the public morals in the country. The provisions of Articles 379 and 380 apply to the arbitrators issued in a foreign country.

The issued Judgment must be in accordance with the laws of the State of Qatar. Official enforceable bonds issued in a foreign nation may be requested to be executed under the similar conditions specified in the country's law for the execution of official enforceable bonds issued in Qatar. An appeal submitted to the execution judge shall mention the execution order. Execution will be ordered only after verifying that the conditions required for the formality and enforceability of the bond are met as per the law of the country in which it was made and that it is liberated from whatever that is infringing upon the public order or morals in Qatar.

The Article No. 25 states the following:

The enforcement of a foreign judgment by the Qatari courts is governed under Article 379 of the commercial and civil procedure code. The Qatari court requires evidence that the foreign law is in line with Qatar's public morals and order.

A closer look at Electronic Privacy Laws in the GCC The cooperation council for the Arab State of the Gulf is commonly known as Gulf Cooperation Council (GCC). It is…

Foreign Direct Investment in Qatar: A Guide The social object of skilled investment should be to defeat the dark forces of time and ignorance which envelope our future. - John…

GCC VAT Agreement Introduction Globally the VAT system has been around for a long time. However, for the most part, Arab countries have been operating tax-free in that respect. Over…

Qatar's Commercial Companies Law Qatar possesses a business-stimulating environment that instigates investors to invest in different business entities. Setting up a business in Qatar was not restricted to any specific…

Rail Infrasructure Projects in the GCC Rail Projects are always an ambitious and expensive affair every country hopes for, not to mention the long time periods required to complete and…

Understanding Censorship Across the GCC Censorship is one method of the government to control media. Censorship is characterized as concealment or forbiddance of speech or composing that is considered subversive…