“Workers' rights should be a central focus of development” – Joseph Stiglitz 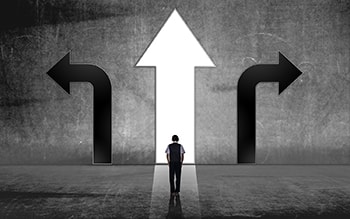 It is often said that workers rights are human rights. The statement expresses the importance of the protection of workers or labours in the society. Workers are members of the society without which there wouldn't be any progress in the community. They are the backbone of a society, which helps in the advancement of a nation.  Therefore it is pertinent that the Governments of all the countries must take adequate steps for the protection of workers.

In this article, we will analyze the concept of workers' rights with particular emphasis on UAE laws.

Before we deal with the concept of workers or labour rights, it is necessary to understand the meaning of the term ‘Labour.'

The renowned Economist Dr. Alfred Marshall in his famous Principles of Economics has quoted the definition of labour as provided by Jevons, and it defines the term labour as the following:

“Labour is any exertion of mind or body undergone partly or wholly with a view to some good other than the pleasure derived directly from the work."

Workers or Labour rights are a set of rules and regulations which govern the relationship between the workers and their employers under concerned labour law or employment law. They deal with the grant of benefits to the workers, their safety, wages, protection and measures adopted for safeguarding their interest.

The right of the workers varies from jurisdiction to jurisdiction. However, the International Labour Organization (ILO), which is a part of the United Nations, was established in 1919 for the protection of workers. Workers rights and legislation are necessary for the better functioning of society since it has a significant influence on the growth of a nation.

Workers have always been suppressed throughout history. The working class was not given any protection in the early days. Use of physical work was looked upon as inferior and hence the fundamental human rights were denied to the workforce during the early period. In the middle ages, the workforce of England revolted against the government, for better wages and working conditions and that was one of the first instances of rebellion by the workforce.

Protection of the workers is necessary to safeguard their interest and to comply with provisions of human rights. The employers have an unfair advantage of determining the mode of work of the labours as long as it does not violate any laws. The employers may use their position to impose actions which may be unsafe and unfair for the workers. Therefore, regulation is necessary to ensure that the workers work under safe conditions and are not subject to any form of ill-treatment.

The ILO Declaration on ‘Fundamental Principles and Rights at Work’ was adopted in June 1998, and it covered the following main areas: 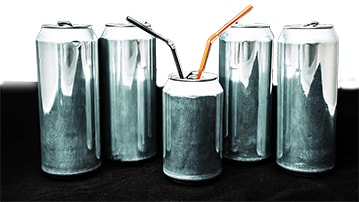 The following are the Core Labour Standards as identified by the ILO:

As per this convention, all the workers have the right to form associations and organize conventions for support and advancement of occupation.

The convention provides the employers to bargain collectively, as opposed to individually.

“Forced labour occurs where work or service is exacted by the State or by individuals who have the will and power to threaten workers with severe deprivations, such as withholding food or land or wages, physical violence or sexual abuse, restricting peoples’ movements or locking them up.”

This convention also provides for the elimination of forms of labour convention.

The convention provides for the abolition of child labour by increasing the minimum age for admission to work.

The convention was adopted for the prohibition and elimination of the worst forms of child labour and for assisting the Minimum Age Convention, 1973.

The convention was adopted for implementing the principle of equal remuneration, i.e., equal pay for equal work for both men and women.

The convention was adopted to prevent discrimination in the field of occupation and employment.

Workers Rights in the UAE

The UAE, being a member of the International Labour Organization and other multilateral organizations, protects the rights of workers in the region, and considers the protection of workers as a moral, cultural and economic necessity.

The report, “The Protection of the Rights of the Workers in the United Arab Emirates” published by the UAE Ministry of Labour exhibits that, UAE recognizes the importance given to the right of workers. The region aims to expand protection to the workers thereby granting respect and dignity to the workers.

Since 1982, the UAE has ratified nine International conventions under the ILO related to workers rights, and they are:

Apart from the ratification of the conventions mentioned above, the UAE Labour law provides for the safety and protection of the workers in the region.

The UAE Federal Law Number 10 of 2017 and Federal Law by Decree Number 11 of 2008 deal with the protection of workers in the UAE. 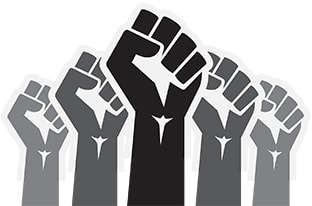 The Council of Ministers Resolution Number 15 of 2013 on Human Resources Regulation for the Independent Federal Entities contains provisions for complaints against an employer. Article (127) of the Resolution states the following:

“The employee may submit to the complaints committee a written complaint from the administrative penalties decided by the violations committee to be imposed on him within period doesn’t exceed two weeks as of the date of notifying the employee with the resolution of the penalty.”

The Article (130) of the law, provides for objection to the committee’s resolution

As per the Domestic labor law (Federal Law Number 10 of 2017), the following are some of the benefits to which a worker is entitled-

A Guide to Non-compete Clauses in the MENA Region