Overview: India: Defenses against the charge of Forgery

India: Defenses against the charge of Forgery 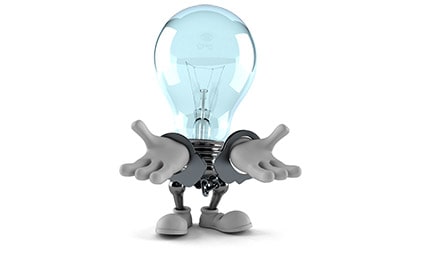 We have all heard of the saying that imitation is the best form of flattery; however, when it results in damage or injury to the public or an individual, it becomes punishable under law. One such example is that of Forgery. Forgery is defined under Section 463 of the Indian Penal Code as,

"Whosoever makes any fake document or incorrect electronic record or part of a document to cause damage or injury, to the public or any person, or to support any claim or title, or to cause any person to share with property, or to enter into any express or implied contract, or with a purpose to commit fraud or that fraud may be accomplished, commits forgery."

Forgery is often used by white-collar criminals to materialize corporate frauds and scams that result in significant losses to individuals and governments. Forging documents is particularly common; crimes such as misappropriation of funds, embezzlement, cheating, etc., typically result from forged documents. Besides forging documents, Forgery can occur in signatures, prescriptions, artwork, literary material, and so on.

The concept of Forgery essentially has three elements, namely, material alteration, intention to defraud, and ability to defraud.

Forgery, therefore, constitutes deception intending to cause larceny. For example, a person does not become liable merely because he has copied someone's art; liability is only imposed on him for copying the art if he sells it and gains some monetary benefit out of it, which in turn causes damage to the original artists, both in reputation and monetary terms.

The Indian Penal Code provides a long list of safeguards to any person who has been victimized through Forgery; the relevant sections of the IPC that can be relied on to bring action against Forgery are as follows;

The punishment for Forgery is laid down under Section 465 of the IPC. The offenses under this are non-cognizable, non-compoundable, bailable, and triable by a Magistrate.

Defenses against the charge of Forgery

This case was with regards to the strict interpretation of the provision of Forgery. For the sake of clarity, we shall refer to the Accused number 1 as A and Accused number 2 as B. In this case, A obtained the help of another person to procure a power of attorney in his name; through the POA he executed a mortgage deed in the name of B. The deed was signed by A. A had also affixed his signature thereon. Therefore, the questions that arose here were;

The two-judge bench of the Supreme Court held that "for constituting an offense under Section 464 it is imperative that a false document is made and the accused person is the maker of the same; otherwise the accused person is not liable for the offense of forgery". Therefore, an accused was required to be part of the act to be held liable under this provision; if a person has not physically engaged in making the document and has merely caused the document to be made, he cannot be held liable.

A thorough reading of this judgment, however, raises a fundamental question. Section 464 uses the words "either by himself or by any other person," so if the provision were to be applied strictly, A and B would both be held liable for the offense. Therefore, the judges have taken a more colloquial approach in its interpretation instead of strictly interpreting the provision.

Upon analysis of this case, one can deduce that the crux of Forgery is the making of a false document. The judgment also clarifies the difference between cheating and Forgery; cheating is oral, and Forgery is written. Further, the IPC covers those acts of Forgery that are accompanied by other elements such as deception and injury.

In this case, A was the title holder of land; B did not have any title over a piece of land but claimed to be the owner of the said land. Therefore, he went ahead and executed two registered sales deeds in favor of C. B with the help of some others, managed to forge and stamp the sales deed. The court herein observed that a person is said to have made a false document if;

The Apex court thought that (b) and (c) do not apply in the case. Therefore, they differentiated between a person executing the sales deed claiming to be the owner of the property and a person impersonating the owner and falsely claiming to be authorized under him and held that Forgery under the IPC deals with the latter. Therefore, the matter was dismissed because the accused did not impersonate the land's original owner but claimed ownership thereof.

This case involved abuse of a position of power by bank officials to serve as a pecuniary advantage to some other person. The apex court, in this case, asserted that the intention to create and falsify a document is a crucial aspect in determining liability under Section 464. The court further said that the documents in question in the present matter, despite being made dishonestly, were not made to cause another person to believe that it was made by or under someone else's authority.

The Supreme Court held that three conditions are to be satisfied for a person to be liable for falsifying a document; therefore, he may be held liable if he satisfies any of the following;

Another aspect of interpretation of provisions of Forgery was discussed in this case. Section 468 IPC talks about a more aggravated form of Forgery that involves an additional ingredient, i.e., the presence of a "purpose of cheating," being at a higher degree, this attracts a sentence of 7 years imprisonment. In this matter, the apex court held that Forgery is the principal allegation and cheating is just the consequence. Therefore, if Forgery is not applicable, consequently, cheating also does not stand.

As a general principle, a forged document is not necessarily supposed to be complete to constitute Forgery. However, if a document has not been signed, and the perpetrator has been caught beforehand, the document cannot be treated like a forged document since it was still in the initial stages of preparation. Once the perpetrator has gone beyond the preparation stage, it may be considered to be an attempt to forge. The rationale behind this is that the law holds a person liable for the act committed, not the guilty intention, though intention also plays a crucial part in determining the accused's liability. 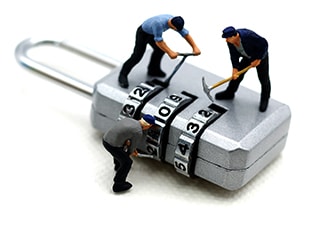 All in all, upon reading the cases mentioned above, one can deduce that Forgery ultimately boils down to the accused's intention. The burden to prove damage or injury lies with the prosecution. The main element that needs to be proved is that the intention of the accused to defraud the victim was beyond a reasonable doubt.

Most defense attorneys in cases of Forgery depend on the lack of proof of Forgery. The general argument is that merely being a beneficiary to the act cannot hold a person responsible for the crime; it cannot be a presumption of guilt. In the cases mentioned above, the Supreme Court thought that suspicion could not replace actual proof.

In criminal law, the principle of a strict interpretation of proof is followed. The imposition of this restriction is that if the court is allowed to give a broader meaning to the statute, the result will be counteractive, making it unfair to the person being convicted or vice versa. A narrow construction further restricts dilution of the actual intention of the statute.

Comparison of joint venture laws of India with UAE and Singapore For a long time, one of the main fields of concern for economists all over the world has been…

Guide on Liquidated Damages in India

Guide on Liquidated Damages in India Background:  An amount that a contracting party offers to pay or a deposit that he agrees to forfeit if he breaches any promise, and…