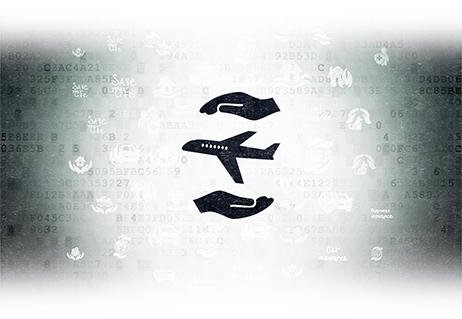 Every day, around the world, approximately 93,000 flights ascend from 9,000 airports. Having become a regular mode of travel and statistically recognized as exponentially safer than driving, most aircraft passengers would not think to question the liability responsibilities of a carrier. Unfortunately, accidents (whether that be injury, death, damage, or delay) are inevitable. Aware of such risk, the international community began enacting international carriage protocol safeguarding compensation for victims of aircraft calamities in 1929. Eighty-nine years later, and regularly reviewed by modern-day courts, multilateral treaties establishing compensation rights have evolved to suffice the developing needs of the international landscape.

Entered into effect on 4 November 2003, the Convention for the Unification of Certain Rules for International Carriage by Air (Montreal Convention) served to replace the previous international air carriage liabilities governed by the 1929 Warsaw Convention. The purpose of the Warsaw Convention was to outline the regulated obligations of international carriages of people, luggage, or goods. Within the articles of the 1929 Convention, responsibilities of the carrier by air comprised: death or injury of a passenger, bodily harm caused by another passenger (Article 17), and destruction of or damage to registered luggage or goods (Article 18). Additionally, the multilateral treaty structured guidance for carriers around the allocation and detailing of passenger tickets (Article 3), luggage tickets (Article 4), and air consignment notes. The Warsaw Convention was transformative in its unification of claims regulations stemming from international air transportation. Through fashioning a thorough and restrictive system of liabilities, air carriers were legally shielded from enduring potentially calamitous responsibility. Through the Warsaw Convention, all Member States agreed to a compulsory and uniform law surrounding international carriage by air.

In 1955, the Hague Protocol (Warsaw-Hague) was signed. This protocol amended the Warsaw Convention. During this era, modernization and bouts of an economic recession caused an international abandonment of the Gold Standard. With countries now relying upon currency, the price of gold could not be converted freely. As a result, Warsaw’s liability limits began to plummet in value. Regarding carrier liability of passenger death or injury, only a small population of passengers were insured or aware of the liability limit. Each of these issues listed above served a critical role in passing the Hague Protocol. The treaty doubled passenger liability limits. For countries such as the United States, this alteration was still not sufficient.

In 1965, the United States condemned the Warsaw Convention, requiring flights in and out of U.S. territory to abide by the U.S. drafted Montreal Intercarrier Agreement. Under this agreement, all international carriers were to waive Article 20(1) of the Warsaw Convention. Under Article 20(1), a carrier was exempted from liability “if he proves that he and his agents have taken all necessary measures to avoid damage or that it was impossible for him or them to take such measures.” In effect, the United States required carriers to adopt absolute liability within specific circumstances. Members of the Warsaw Convention did not respond well to the U.S.’ demands. As a result, a compromise was negotiated.

The 1971 Guatemala City Protocol attempted to resolve tensions between the Warsaw States and the U.S. While the Protocol did not come into force, it was imperative to the development of the 1999 Montreal Convention as attributes of the Protocol were fashioned into the Convention text. The Guatemala City Protocol was concerned only with the carriage of passengers and baggage. Therefore, Articles 3 and 4 of the Warsaw Convention, which provides structure for passenger and luggage tickets, were rewritten in favor of the carrier. Essentially, penalties for non-compliance were eliminated, and Article 17(1) was modified to place absolute liability on the carrier for serious injury or death of a passenger (unless the condition arose from a state of health). Similarly, the carrier was to assume absolute liability for damage or loss (unless resulting from baggage default). To appeal to U.S. demands, “the limit of Warsaw-Hague for passenger death and injury…[was] increased six-fold to roughly US $100,000 (Article 22 (1)(a)).” Article 25 (pertaining to carrier misconduct) was removed; through this omittance, passengers were no longer allowed to exceed claim limits related to wilful carrier misconduct. To permit potential for the further increase of limits resulting from passenger death, Article 45(a) allowed States to establish (within their own territory) a “…system to supplement the compensation payable to claimants under the Convention in respect of death, or personal injury, of passengers.”

1974 onwards, many members (predominantly from industrialized countries) of the Warsaw-Hague agreement continued to remain deeply displeased with the Hague limit surrounding carrier liability limit for passenger death and sustained injury. These countries became known as the Malta Group, banding together to persuade carriers to raise their liability limit. Their Malta agreement provided greater benefit to passengers than the Montreal Protocols. As a result, the Montreal Protocols began to receive strong backlash from the international community, and airlines and governments foresaw an unquestionable need to reform the previous agreement. It was during this time that the “a radical solution was thought necessary and gradually the idea of absolute, unlimited, and assured liability emerged.”

Considering the extensive history prefacing the 1999 Convention, the agreement’s guiding principle is set out to protect “…the interests of consumers in the international carriage by air, and even more specifically the need for equitable compensation based on the principle of restitution.” The Montreal Convention was created using elements of the previous carriage conventions and protocols. Three important and noticeable differences within the 1999 Convention include: 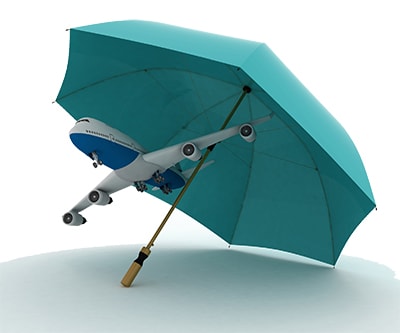 Under the 1999 Convention, various articles such as 3(1) and 4(1) demonstrate carriage laws’ evolution into a digitalized era. Differing from previous agreements, Chapter II of the provisions: “Documentation and Duties,” allows for documents of carriage and records of cargo to be “delivered.” Further, requirements for individual or collective documents of carriage have been trimmed. Article 3(1) breaks down the carriage requirements by stating documents of carriage should contain “(a) an indication of the places of departure and destination…(b) if the places of departure and destination are within the territory of a single State Party, one or more agreed stopping places being within the territory of another State, an indication of at least one such stopping place.” Additionally, previous provisions in the Warsaw and Warsaw-Hague articles establishing non-compliance documentation regulations are eliminated.

Additionally, the Montreal Convention created greater clarity surrounding carrier liability for baggage and cargo delay. Article 22(1) specifies carrier liability per person (for a delay) is “limited to 4,150 Special Drawing Rights.” This liability is broken down to include a limit of 1,000 SDR for baggage (destruction, loss, or damage), and a limit of 17 SDR per kilogram for cargo (destruction, loss, damage). Should a carrier have taken reasonable measures to have avoided damage (Article 22(5)), the carrier is not considered liable.

Article 33(2) allows an action to be brought before “the territory of a State Party in which at the time of the accident the passenger has his or her principal or permanent residence and to or from which the carrier operates services for the carriage of passengers by air, either on its own aircraft, or on another carrier’s aircraft pursuant to a commercial agreement….” Previously, the Warsaw Convention restricted its jurisdiction (Article 28) to “the territory of either one of the High Contracting Parties, either before the Court having jurisdiction where the carrier is ordinarily resident or has his principal place of business….”

The UAE, The Montreal Convention, and Death or Bodily Injury on an Aircraft

The UAE is a signatory to the 1999 Montreal Convention. In 2000, Federal Decree No. 13 was enacted with the purpose of complimenting the Convention’s requirements. Over the last 15 years, the Abu Dhabi Courts have seen a sharp influx in the number of cases involving claims attributed to the Montreal Convention. Recently, a discussion has surrounded the parameter of the definition “accident” detailed in Article 17. 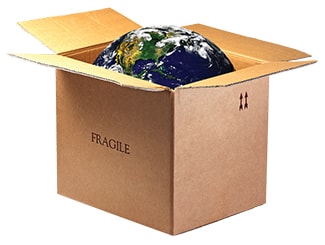 March 2016, the Abu Dhabi Court of First Instance examined whether, under UAE Federal Law No. 17 (1991), UAE Federal Law No.9 (2005), and Article 17 of the Montreal Convention, an airline is considered liable for the unintentional death of a passenger.  In the incident, the Abu Dhabi Court had to consider whether the term ‘accident’ in Article 17 of the Montreal Convention was applicable for a passenger who had experienced a fatal heart attack aboard an in-flight aircraft. The Plaintiffs claimed the airline was liable under several laws, including Article 17 of the Montreal Convention, UAE Civil Law, and Sharia Law. The Court’s discussion referred to relevant Convention cases, local Sharia law, and local UAE Court procedure. Acknowledging previous U.S. holdings such as Air France v Saks (which concluded Article 17 is only applicable if death or injury transpires out of an uncommon event), Ford v Malaysian Airlines Systems Berhard (concluding unsuccessful attempts at medical assistance do not classify as an accident), Singh v Caribbean Airlines Limited (determining heightened illness following administration of in-flight medical procedure does not constitute an accident), and Kyrs v Lufthansa (asserting the inability of an aircraft to emergency land while a passenger experiences a heart attack does not find an accident).  In court, an aviation expert successfully argued the international carrier was not accountable for the passenger’s fatality. The specialist expressed that an emergency landing was not an option as the aircraft was flying overseas (and not on the ground medical guidance was given to do so), and the airline offered adequate medical assistance in an attempt to halt the heart attack. Relying on this opinion and considering previous international verdicts, the UAE Court determined the airline held no liability. According to the Court, the carrier could not be held responsible for death resulting from an act of God.

Drone and UAV Regulations in the UAE

Drone Laws and Regulations in UAE With new innovations and big investments, drone technology continues to evolve almost every day, bringing more advanced drones to the market every few months.…